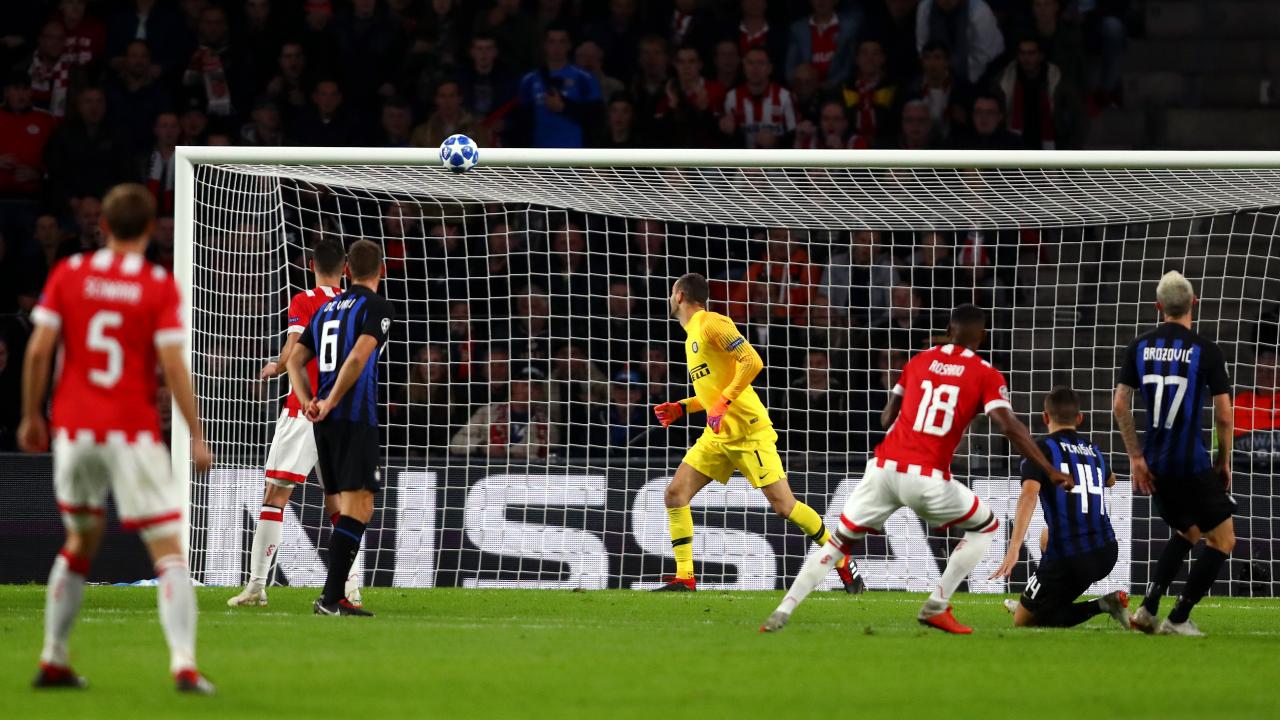 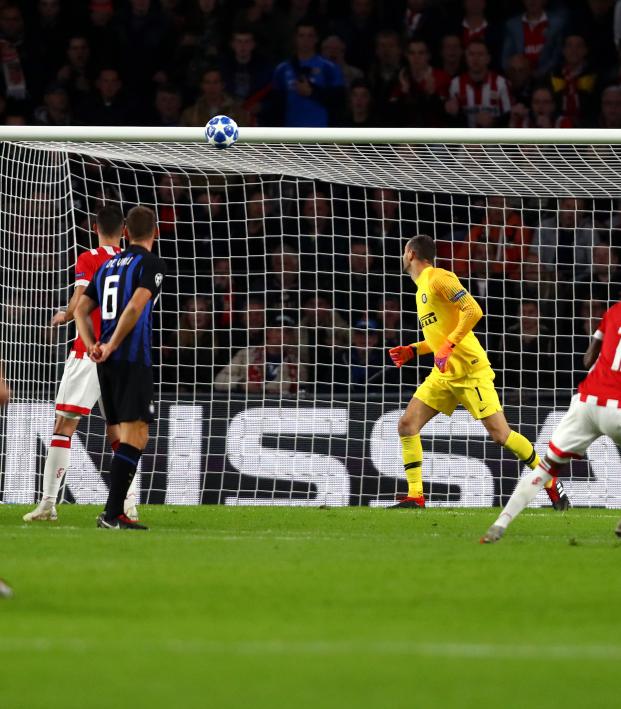 Chucky Assists On A Banger, But PSV’s Chucklehead Keeper Ruins The Day

PSV Eindhoven’s hopes of making it through to the Champions League Round of 16 took a massive blow Wednesday after Pablo Rosario’s smashing opener (assisted by Hirving “Chucky” Lozano) was canceled out by a whistling, 18-yard Radja Nainggolan half-volley and ultimately made meaningless by Mauro Icardi’s comedic winner in the 60th minute.

Chucky went the full 90 for PSV but was unable to convert on any of his three shots — one was a cheeky free kick from a tough angle that Samir Handanovic parried over the bar, one from the edge of the area curled fractionally over and his final effort was blocked.

But the Mexico international provided five key passes on the night — more than anyone else on the pitch — including a late cross that ultimately led to an acrobatic overhead kick and a miraculous save from Handanovic.

Things started rosily for PSV at Philips Stadion, and a good period of opening pressure was rewarded when Chucky got the ball to Rosario in the 27th minute. The 21-year-old lashed an unstoppable drive on frame to give the home side the lead.

However, the advantage was leveled just before halftime when Nainggolan scored his first UCL goal for Inter in true Nainggolan style.

15 minutes into the second half, disaster struck. It certainly looked like PSV would comfortably deal with Matias Vecino’s ballooned lump forward, but Jeroen Zoet rushed off his line and clattered his own defender. Icardi was left as the only man standing and tapped in.

The bicycle kick was PSV’s best chance at an equalizer, but the club now sits at the bottom of Group B after two matches, trailing both Barcelona and Inter by six points.

Chucky and the boys next host Spurs in a do-or-die match for both clubs on Oct. 24 in Eindhoven.