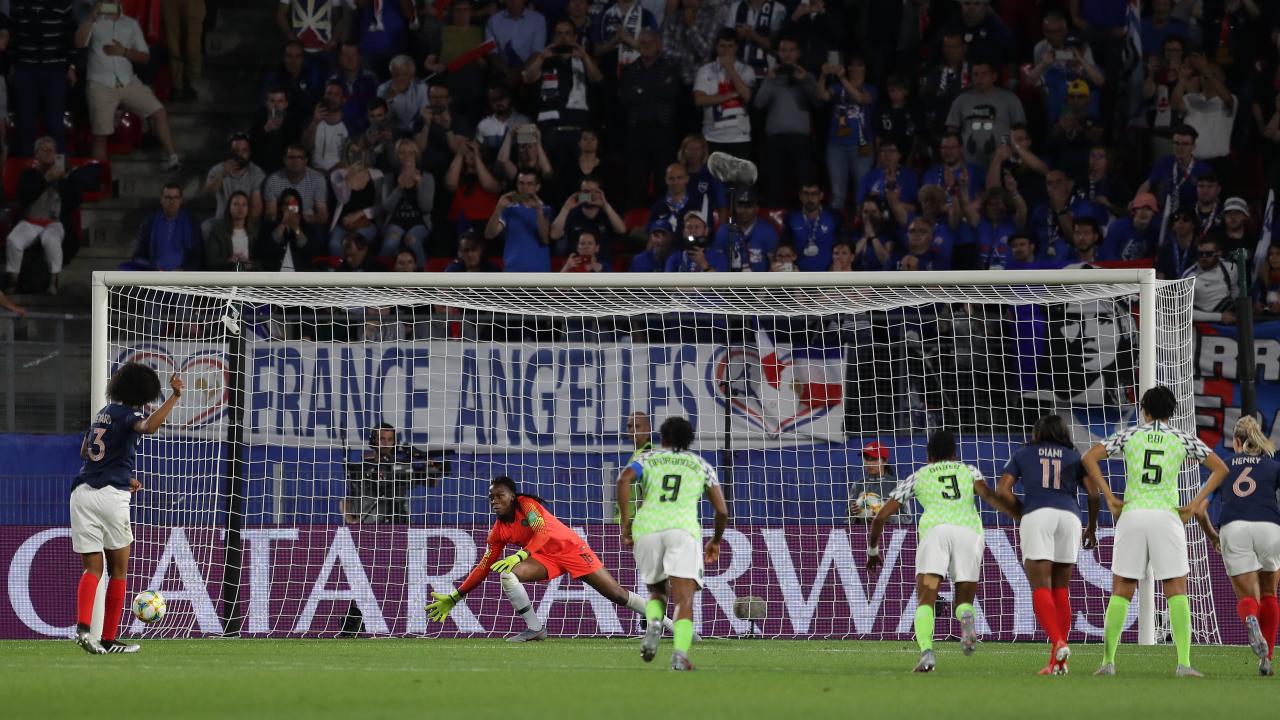 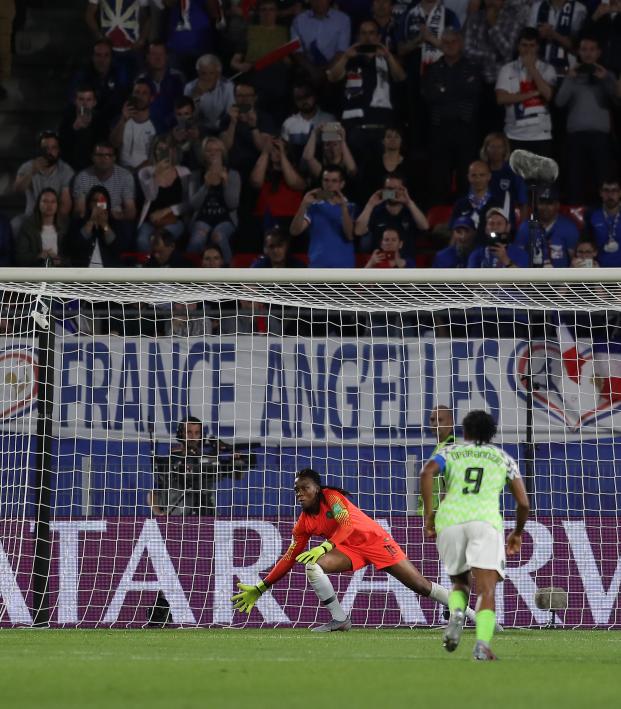 Penalties, Once The Most Widely Understood Part Of Soccer, Now Make No Sense

Connor Fleming June 17, 2019
That VAR is a real stickler for the rules, except not always.

By holding World Cup host France to a draw today, Nigeria could’ve secured passage to the Round of 16 for the first time since 1999. For close to 80 minutes, that looked like the Super Falcons destiny.

First, the referee looked at the monitor to review a collision in Nigeria’s box between Ngozi Ebere and Viviane Asseyi. The ref decided it was a penalty and sent Ebere off for her second bookable offense.

Up stepped Wendie Renard for the spot kick. Her initial attempt clipped the outside of the post and went directly behind for a goal kick.

Nigeria goalkeeper Chiamaka Nnadozie fractionally, oh so fractionally, had both her left foot and right foot off the line (the left foot a matter of millimeters), and Renard was allowed a redo. She buried the second attempt.

Wendie Renard misses a penalty for France but gets to retake it because Nnzadozie stepped off her line. #FIFAWWC pic.twitter.com/SL7T73LrC6

As is always the case with VAR, it’s TECHNICALLY the right call. And for those with minds like a steel trap, you’ll remember that a similar call was made earlier in the tournament against Jamaican goalkeeper Sydney Schneider (whose offense was a bit more blatant).

So we can have no complaints!

But what about the encroachment from field players that occurs on every penalty? Shhh. We don’t talk about that shit.

Thoughts on how none of the French players were penalized for being in the box? pic.twitter.com/ilw0F5i3dV

And although encroachment from both teams like on the first pen results in a redo, look at Amandine Henry on the second penalty — she still doesn't give a rat's ass about what's transpired in front of her very eyes only seconds ago.

This? THIS IS FINE.

“If I gave you honest opinions, they would probably send me home,” said Nigeria manager Thomas Dennerby after the match. “My players are heroes.”

So this is what we are doing now?! Really?! As if we don’t have enough to deal with VAR. #FIFAWWC pic.twitter.com/xuOSnvg2TI

ugh that just doesn't sit right. Nigeria has been defending for their lives & Renard missed the frame of goal. If the keeper saves it, then i see giving a retake but she missed it. I'm just upset & sad for @NGSuper_Falcons and I know it's technically the right call but

At least the ‘99ers secured the bag before this whole VAR thing kicked off. But also, shhh. We don't talk about this shit. We won.

This just in, VAR nullifies ‘99 World Cup. back to 2 stars.
Thems the new rules. I guess I’m just nostalgic for the good old days when FIFA ignored women’s soccer and didn’t give a shit about their own tournament...what’s that, they still don’t? pic.twitter.com/blseNVwDjT

Nigeria still has a very decent shot at making the Round of 16 as one of the four best third-placed teams, but it’s going to be a very nervy few days watching Argentina, Scotland, Cameroon, New Zealand and Chile all battle for their World Cup lifes.