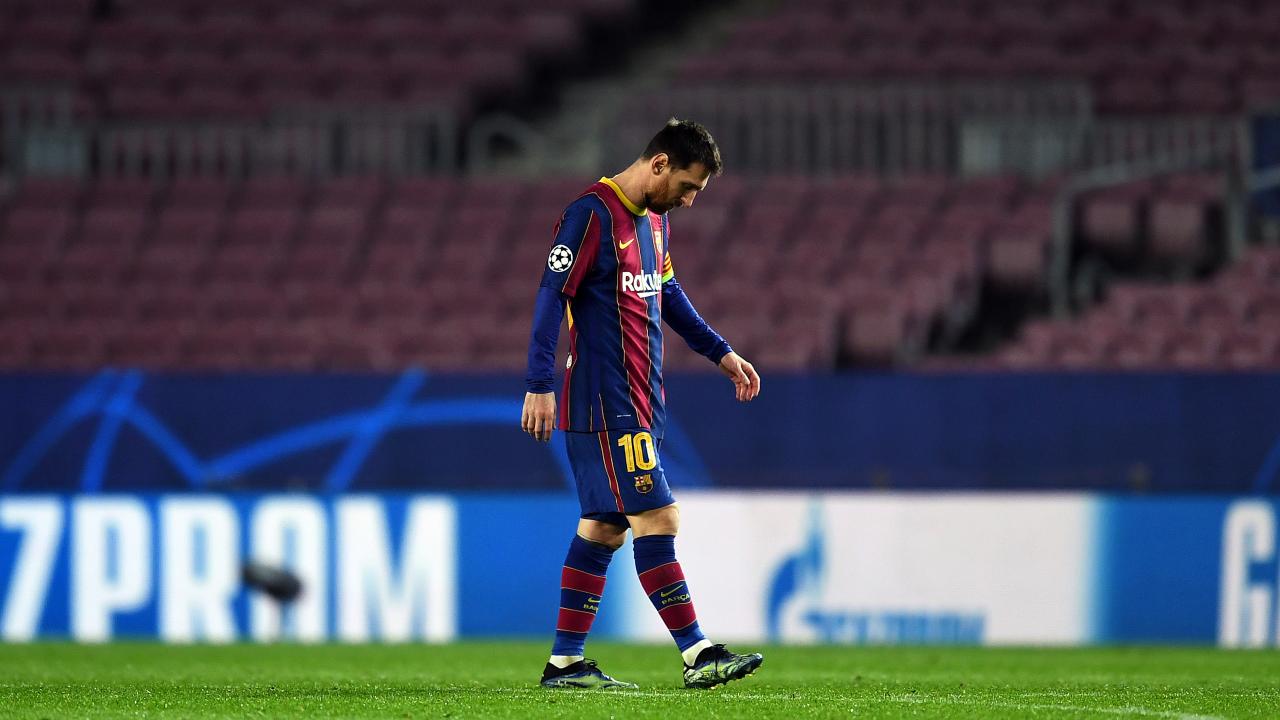 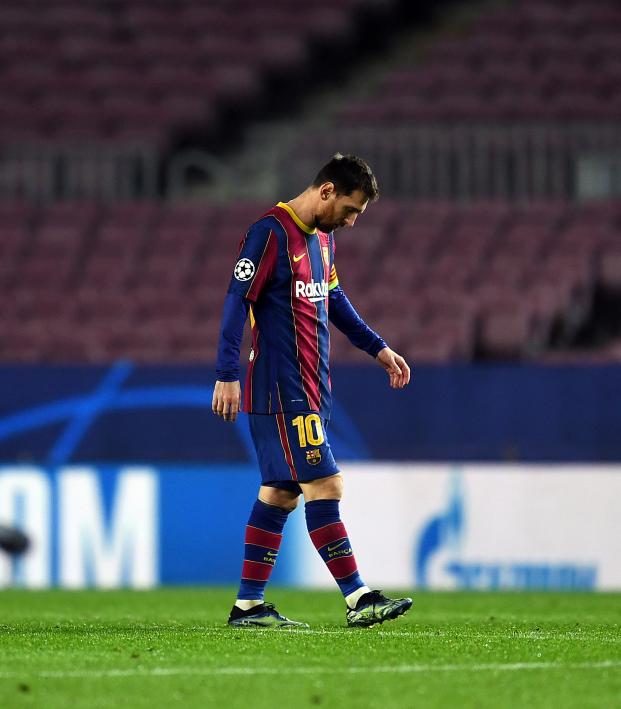 If this is the end of the Lionel Messi era at Barcelona, it’s a fitting one. It’s not what the six-time Ballon d’Or winner deserves, but at least it’s definitive. There’ll be no backwards glances, no what-ifs, just the resounding truth that a beautiful cycle has clearly reached its end: After losing 8-2 to Bayern Munich last season, Barça is on pace to match that level of embarrassment after getting rinsed 4-1 by PSG at the Camp Nou on Tuesday.

History couldn’t save Barcelona this time — a record of 13 straight Champions League Round of 16 home wins is at an end, and the prospect of reaching the quarterfinals for a record 14th straight time likely heard its death knell as Kylian Mbappé’s third goal curled inside Marc-André ter Stegen's far post.

What’s left of Barcelona is largely the same smoldering remains of the Estádio da Luz debacle. It’s truly remarkable how little has been done on the backend of that defeat, but you could say the same for the relative lack of fallout that greeted those historic losses at Anfield and the Stadio Olimpico.

Barcelona’s backline today included two players that former president Josep Maria Bartomeu identified as being past it and surplus to requirements over the summer. Jordi Alba will turn 32 in March, and Gerard Piqué made a “miracle” return to the lineup after recovering from a knee injury, although others will say it was less of a miracle and more of a calamitous act of desperation.

The only change at the back was Sergiño Dest for Nelson Semedo, and although the American is highly regarded at the Camp Nou, he had a nightmare today trying to defend both Mbappé and rampaging fullback Layvin Kurzawa with Ousmane Dembélé providing zero defensive cover.

The midfield story isn’t much different. Sergio Busquets can no longer go toe-to-toe with the likes of Marco Verratti and Idrissa Gueye, while Pedri is just 18 and enjoying his first full season of top-level football.

When directly analyzing Tuesday’s starting 11 with the one that played Bayern, perhaps the only upgrade is Frenkie de Jong, who’s simply better than last season’s Frenkie de Jong but still not quite as good as everyone expected following his move from Ajax.

Up top, there’s no reason to believe that Lionel Messi, Dembélé and Antoine Griezmann offer more than the slightly younger Messi, Luis Suárez and Arturo Vidal. The performances of Suárez at Atlético Madrid make that a fool’s argument.

“In the second half, they have been superior,” Ronald Koeman said after the match. “They have been very effective. The first half was more even, but in the second half we had problems and they have proven to be superior to us both with the ball and in the physical aspect of the game. We have to improve things and we knew that this could happen to us. They are ahead of us.

“Having lost 1-4 at home, there are very few options to come back, you have to be realistic. Today it has been shown that we lack things to be at the best level, especially at a Champions League level. I don’t think it’s a blow. We are on a path to change things.”

While it remains to be seen just how much Barcelona changes, you can’t fault Koeman’s present fatalism. This isn’t a squad that’s challenging for the Champions League title; this is a squad that’s currently third best in Spain.

The acceptance of that reality will allow the club to finally stop papering over the cracks and to implement a brave new direction, although that’s certainly easier said than done — especially when Messi isn’t there to solve the vast majority of your problems with a flick of his left boot.