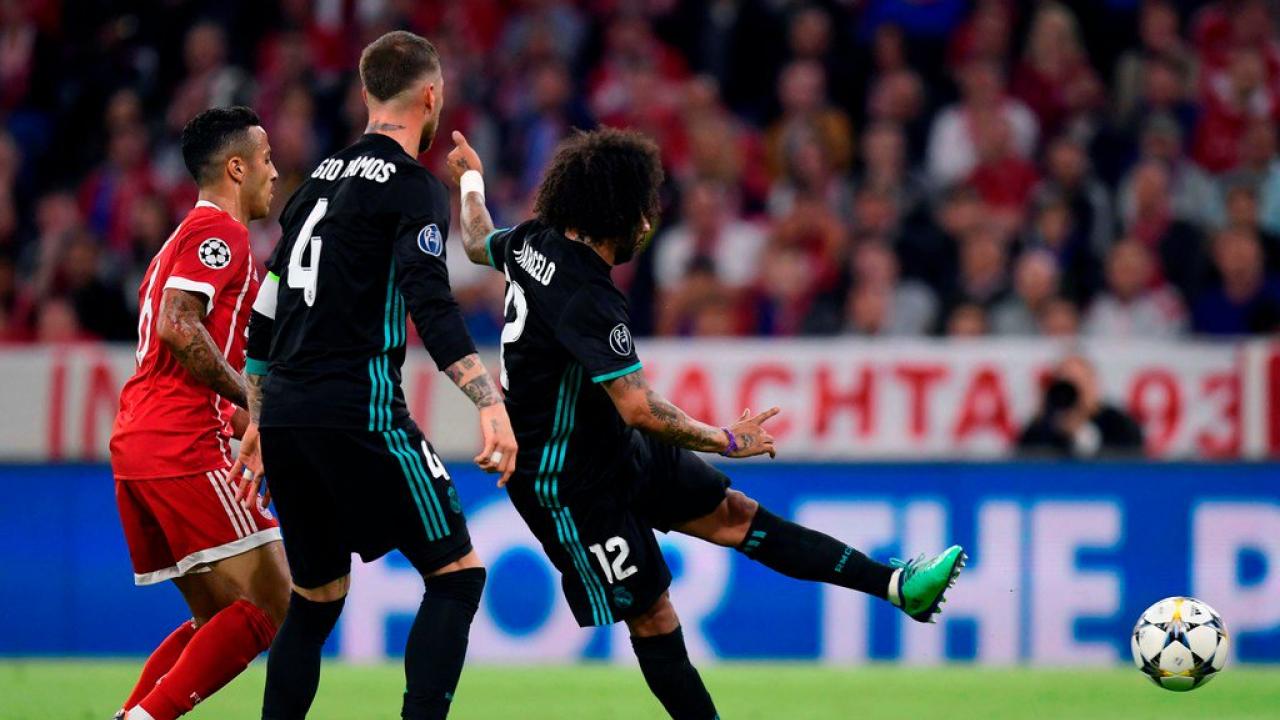 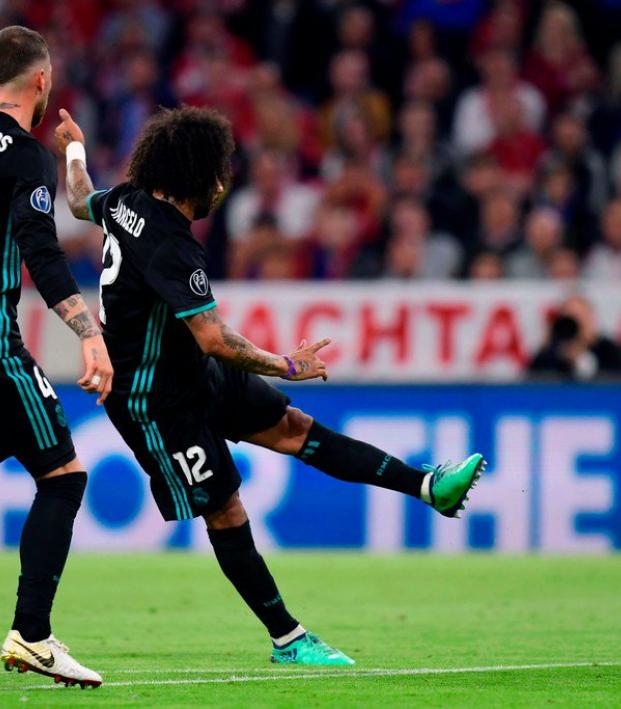 It’s 1-1 at halftime in an enthralling UEFA Champions League semifinal between Bayern Munich and Real Madrid at the Allianz Arena, Joshua Kimmich opening the scoring for Bayern in the 28’ before Marcelo’s sweet strike evened things up in the 44’.

Jupp Heynckes has been forced into two early substitutions with both Arjen Robben and Jerome Boateng limping off injured, but Bayern took the lead when Real failed to track the run of Kimmich. The 23-year-old left back then punished Real with a clinical finish.

James sends Kimmich on his way and the youngster opts to take it himself to give Bayern the lead. pic.twitter.com/itPsyxrJfl

But Real, being the continental behemoth that they are, found an equalizer and vital away goal in the 44’ via their own hyper-talented full back, Brazilian Marcelo.

It looked for a moment like Cristiano Ronaldo was about to bike one a la the Juventus match, but the ball ultimately made its way to Marcelo, who walloped a left-footed half-volley after allowing the ball to run across his body.