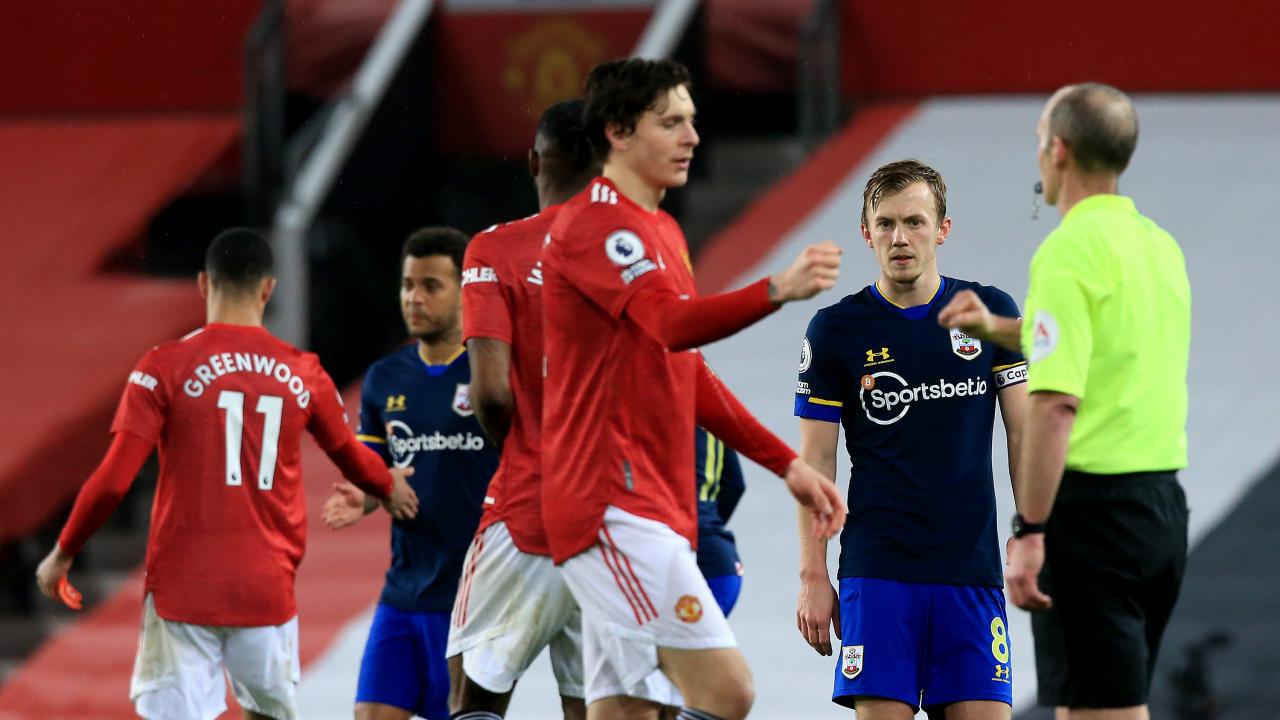 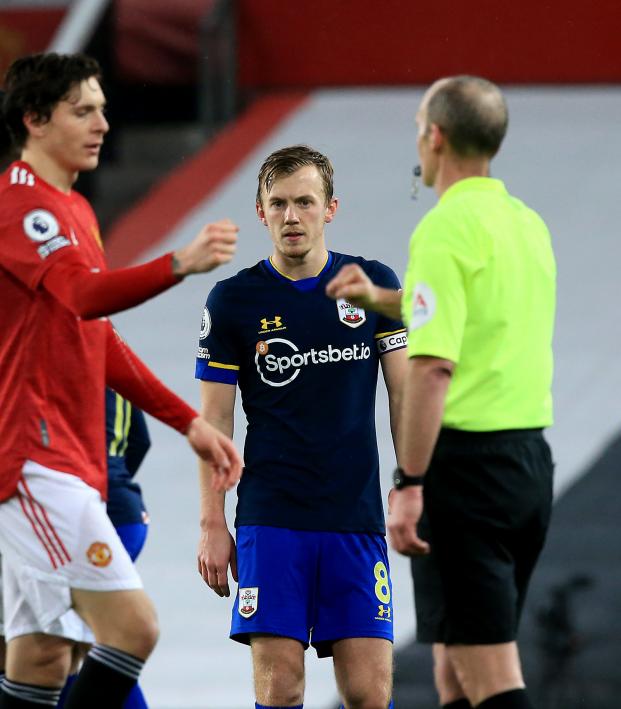 Man United Puts 9 Past 9-Man Southampton; Watch Them All In 44 Seconds

The victory moves Ole Gunnar Solskjaer's side level on 44 points with leaders Manchester City although United have played two more games, with City travelling to Burnley on Wednesday.

Substitute Anthony Martial scored twice for United in a result that equals the club's 1995 9-0 win over Ipswich Town and Southampton's defeat by the same scoreline at home to Leicester City in 2019.

Saints, already weakened by injuries, had to play with 10 men from the second minute when midfielder Alexandre Jankewitz was sent off and they went down to nine men after defender Jan Bednarek was dismissed four minutes from the end.

What was your favorite goal? pic.twitter.com/pnq2YPPrkG

A bad night began after 79 seconds when Swiss Jankewitz made a dangerous high challenge on Scott McTominay, which left the United midfielder with stud marks on his thigh, and referee Mike Dean had no hesitation in showing the red card.

Alex Jankewitz is shown a straight red card after his challenge on McTominay. pic.twitter.com/wcLaKI1bzF

Aaron Wan-Bissaka then put United ahead in the 18th minute, sliding in at the back post to turn home Luke Shaw’s curling cross.

Marcus Rashford added the second in the 25th with a confident first-time finish after good work from Shaw and Mason Greenwood down the left.

A Bednarek own goal, from a low Rashford cross, made it 3-0 before Edinson Cavani headed home the fourth in the 39th minute.

Dean then awarded United a penalty when Kayne Ramsay brought down Cavani but VAR ruled the foul had taken place just outside the box.

Yet the video official worked in United's favour after the break when Che Adams looked to have pulled a goal back for the visitors but it was ruled out on review for the tightest of offside margins.

Martial blasted in the fifth from a tight angle after 69 minutes and McTominay made it 6-0 with a sweet drive from the edge of the box in the 71st.

Polish international Bednarek's miserable night was complete when he was harshly sent off, conceding a penalty when he clipped Martial and then being given the red card after another VAR review.

Bruno Fernandes converted the spot kick before Martial added his second in the final minute of normal time and Dan James made it nine in stoppage time.