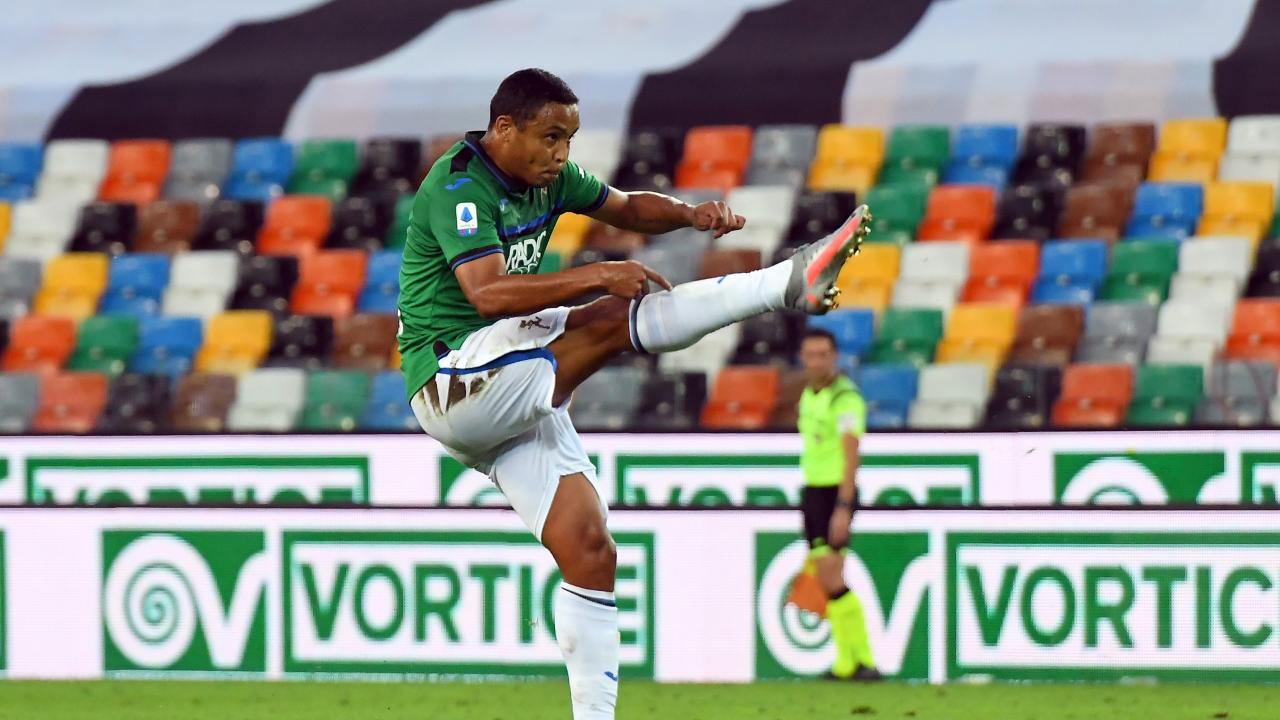 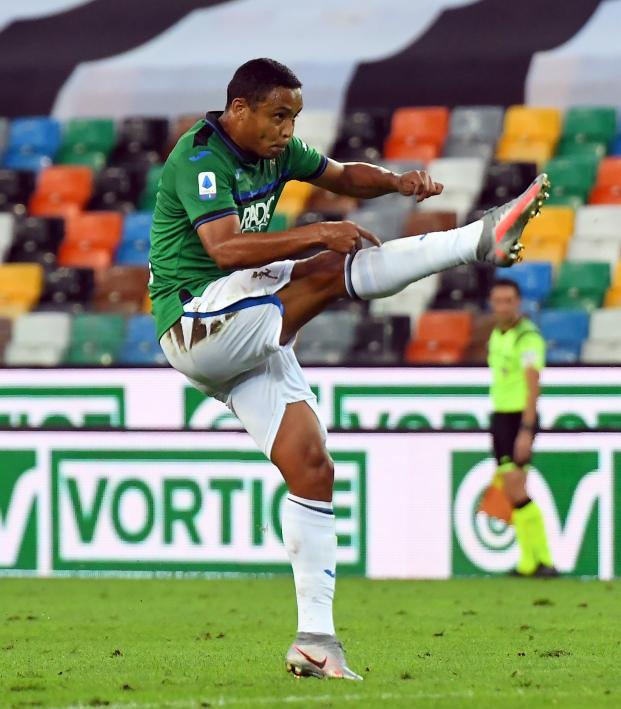 Reuters June 28, 2020
Both shots were struck with ultra violence.

Substitute Luis Muriel rifled in two long-range goals as irrepressible Atalanta beat Udinese 3-2 away on Sunday for their third straight win since restarting the Serie A campaign.

The league's most prolific team took their tally to 80 goals in 28 games, including 10 in three matches since the resumption, as they stayed fourth and on course for a Champions League spot.

Duván Zapata, who like fellow Colombian Muriel is a former Udinese player, opened the scoring in the ninth minute after he was set clear by Alejandro Gómez's pass, beat his marker and netted from a narrow angle.

Udinese, stuck in 15th place only three points clear of the drop zone, have the second worst attack in the league but equalized with a breakaway goal by Kevin Lasagna in the 31st.

The hosts were holding their own until Atalanta won a free kick around 30 meters from goal and Muriel, brought on early in the second half, curled an exquisite shot over the wall and into the top corner in the 71st minute. Eight minutes later, Alejandro Gómez rolled the ball to Muriel who met it first time and thumped a vicious, swerving shot into the bottom corner.

Lasagna headed a second for Udinese with three minutes left but Atalanta held out for another entertaining win which has become their trademark.