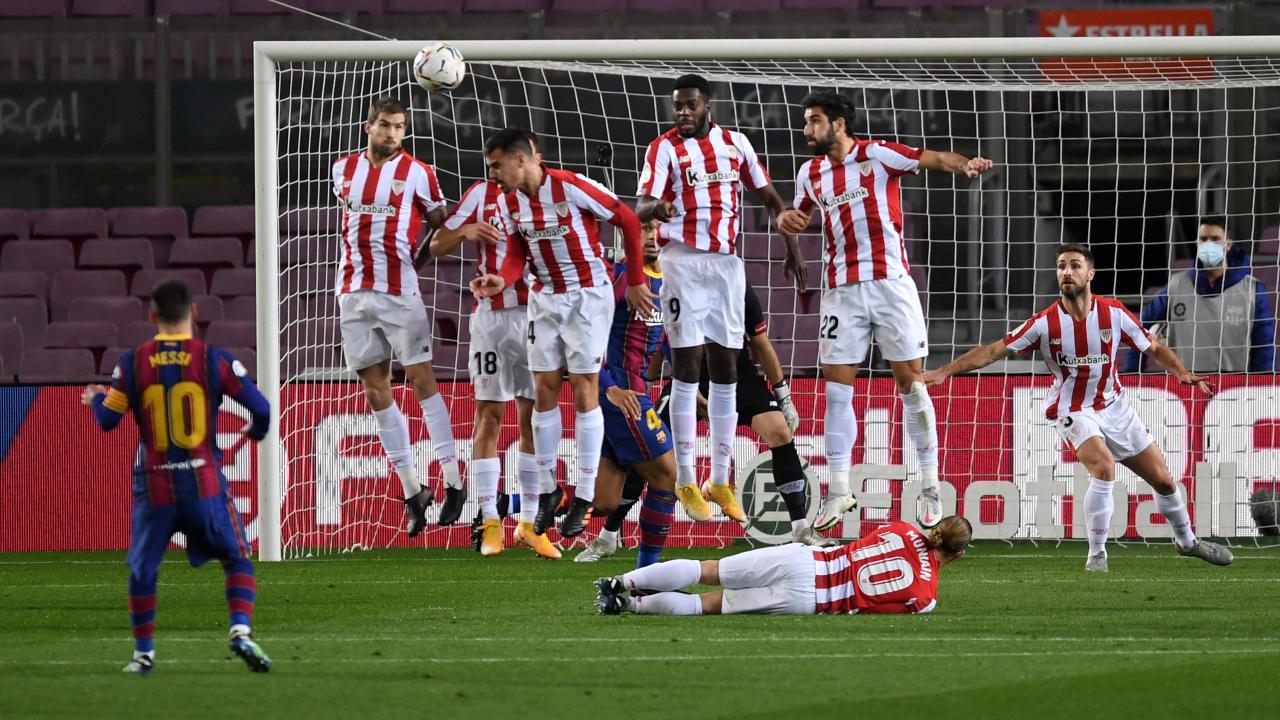 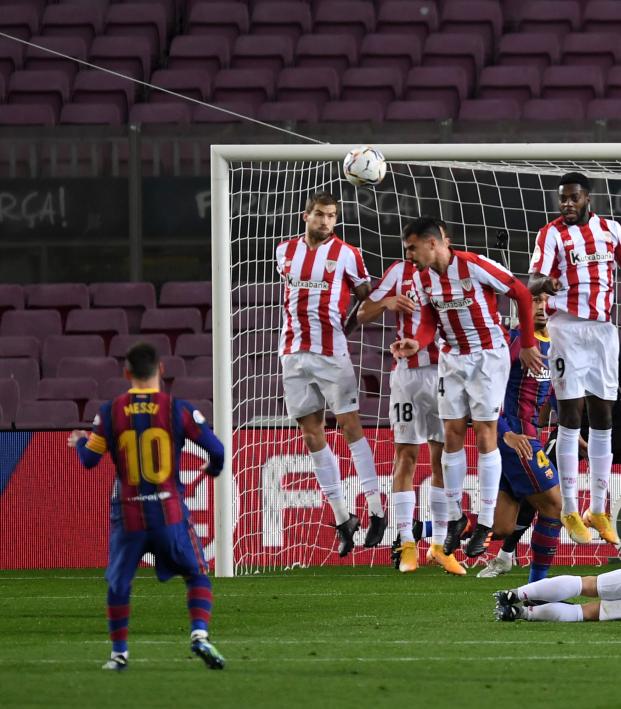 Lionel Messi and Antoine Griezmann fired Barcelona to a 2-1 win at home to Athletic Bilbao in LaLiga on Sunday, avenging their recent defeat to the Basque side in the Spanish Super Cup final.

Messi curled in a free kick after 20 minutes for his 650th Barça goal on the day the club pledged to sue Spanish newspaper El Mundo for publishing the full details of the Argentine's contract.

"How much is that worth? Priceless!"

The hosts missed several more opportunities before Athletic leveled in the 49th through a Jordi Alba own goal but Griezmann, who scored twice in the 3-2 Super Cup final defeat, restored the hosts lead in the 74th.

Ronald Koeman's Barça side saw out the game to record a fifth straight LaLiga victory and move above Real Madrid on goal difference into second place on 40 points, 10 behind leaders Atlético Madrid who have a game in hand.