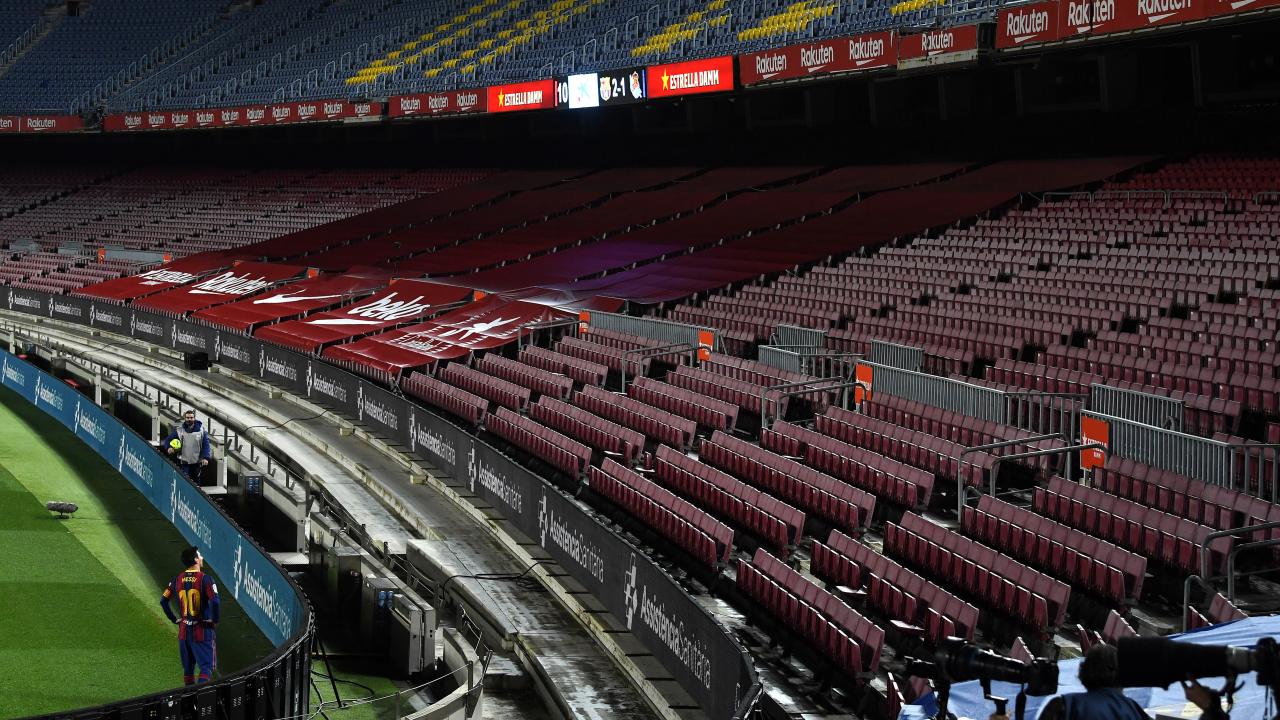 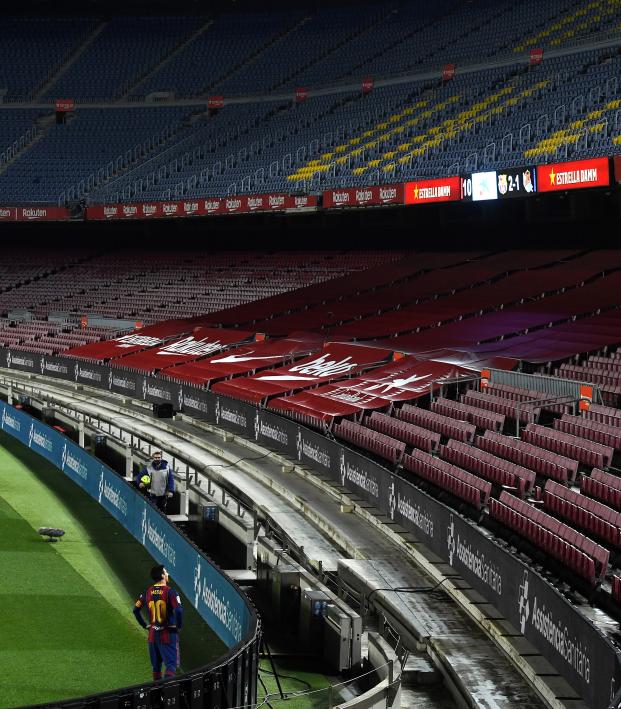 Reuters December 27, 2020
The Argentine will be back in action on Sunday, Jan. 3, against Huesca.

Barcelona forward Lionel Messi will miss Tuesday's match at home to Eibar due to an ankle injury, the LaLiga club said on Sunday.

Barça said in a statement that Messi, who is in the last year of his contract and is free to negotiate a move to rival clubs for free in 2021, is undergoing treatment on his right ankle and will return to training before their visit to Huesca on Jan. 3. The Argentine returned to his home city of Rosario via private jet immediately after scoring in Barça's 3-0 win away to Real Valladolid on Dec. 22.

Messi has started 17 of Barça's 20 games in all competitions this season and although he is their top scorer with 10 goals, it has been his worst start to a campaign in 13 seasons in terms of goals and assists. Barça's captain said last week he had dragged the ill feeling from his attempt to leave in August into this season but was feeling happier now and was focused on helping the team, fifth in the league, challenge for trophies.