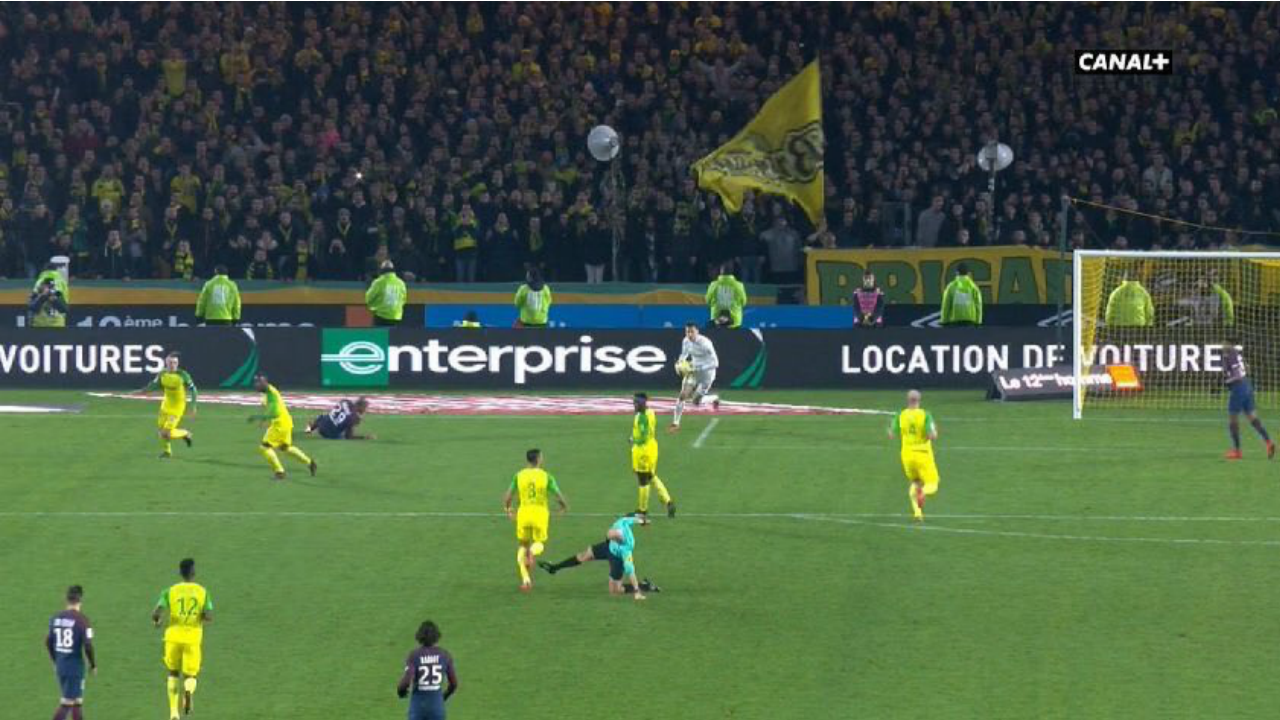 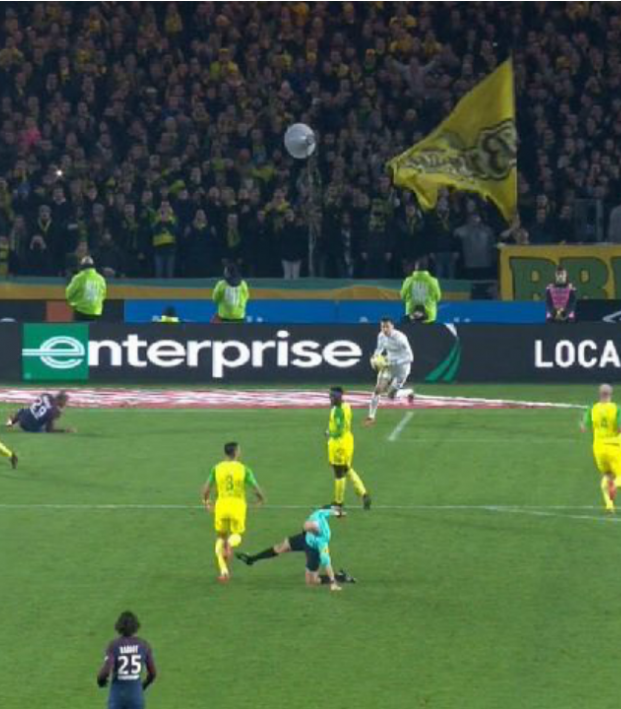 Ligue 1 referee Tony Chapron has been suspended by the French Football Federation (FFF) “until further notice” following his insanely villanous actions at the end of Paris Saint-Germain’s 1-0 victory over Nantes on Sunday.

In the 90th minute of the match, Kylian Mbappe ran at the Nantes defense with Chapron following the play from behind. Suddenly, an innocuous and completely accidental collision with Nantes defender Diego Carlos sent the referee to the ground.

That’s when all hell broke loose. Chapron, THE REFEREE, petulantly kicked out at Carlos, who seemed understandably upset. Already on a yellow card, Chapron then produced the player’s second yellow and sent him off. It was, undoubtedly, the worst display of European top-flight refereeing this season.

Chapron apologized after the match, claiming that he “reacted badly by moving (his) leg towards the player” while also asking that Carlos’ second booking be rescinded since “his action did not seem deliberate.”

The FFF’s technical director for referees, Pascal Garibian, responded by confirming that Carlos’ second yellow card had been rescinded and that Chapron had been suspended “until further notice.” Chapron will be unavailable for refereeing selection until his case is looked at by the LFP disciplinary commission. Nantes president Waldemar Kita believes the punishment should be severe.

“It’s a gag,” he told L’Equipe. “I got 20 text messages from all over the world telling me the referee was a joke. What do you want me to say? If I talk too much I will be called before the disciplinary commission. We don’t have the right to say anything.

After the weekend’s results, PSG hold an 11-point advantage over Monaco at the top of the table. Nantes sit in fifth, 20 points back.