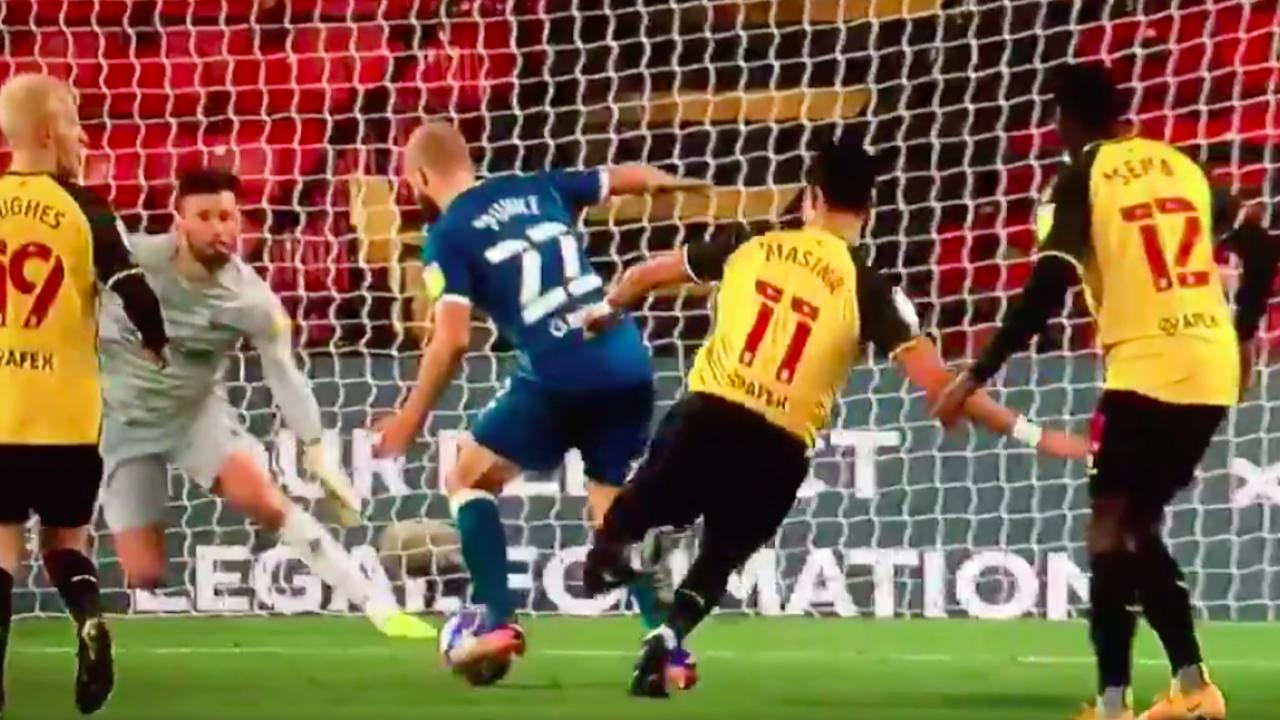 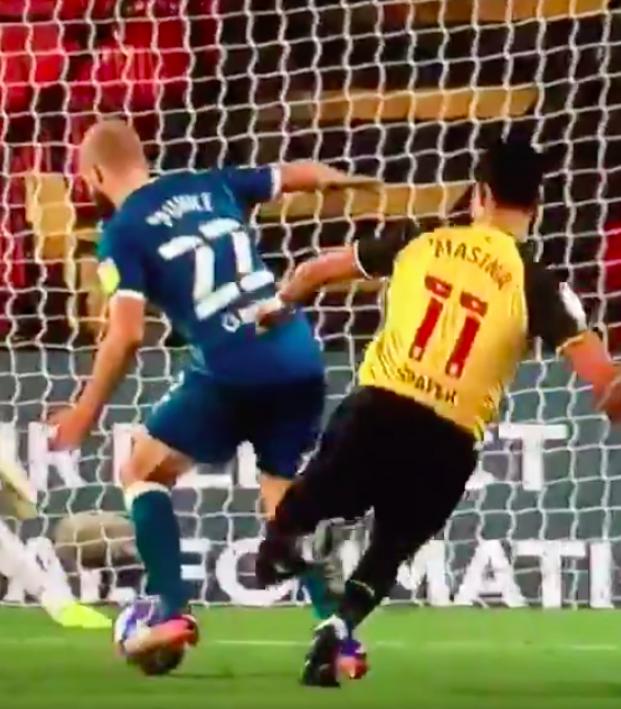 Liam Hanley December 28, 2020
Credit to the ref for making the correct call here.

Watford left back Adam Masina has played just 33 minutes so far this season due to injury, but should the club gain promotion at the end of the campaign, Hornets fans will look back on his heroic tackle during a tense Boxing Day match as the defining play of their season.

The Championship club found in the northwest outskirts of London entered Saturday's fixture against league leaders Norwich in a comfortable fifth place, just four points off an automatic promotion spot.

Watford looked to rebound from relegation from the Premier League just months before and knew that a victory over fellow relegated side Norwich would be key to aiding their ambitions.

With Watford leading 1-0 in the 82nd minute of the contest, Norwich midfielder Mario Vrančić played a perfectly weighted through ball to striker Teemu Pukki. The division's leading scorer from two seasons ago appeared to have a clear path to goal, but Watford left back Adam Masina had other ideas:

Tackle of the season?

At first glance, it appeared that a penalty would have to be given. But a closer look shows that while Masina did come in from behind, the Moroccan defender managed to get a toe on the ball. Pukki fell over more in bewilderment than he did from contact, because he was as shocked as anybody that the tackle was a clean one.

Credit is also due to referee John Brooks, who made the correct call in a situation where most officials would whistle for a penalty without any second thought.

The match-winning tackle helped the Hornets preserve their 1-0 lead, allowing Watford to keep pace in an ever-tightening promotion race and narrowed Norwich's lead at the top of the table to just four points. It was just Norwich's second defeat in its last 17 matches, ending a stretch where the Canaries gained 39 of 48 possible points, vaulting them from 17th to the top of the Championship.

To soccer fans, Masina's deft challenge will go down as possibly the tackle of the season. But for Watford supporters, it could end up meaning a whole lot more.