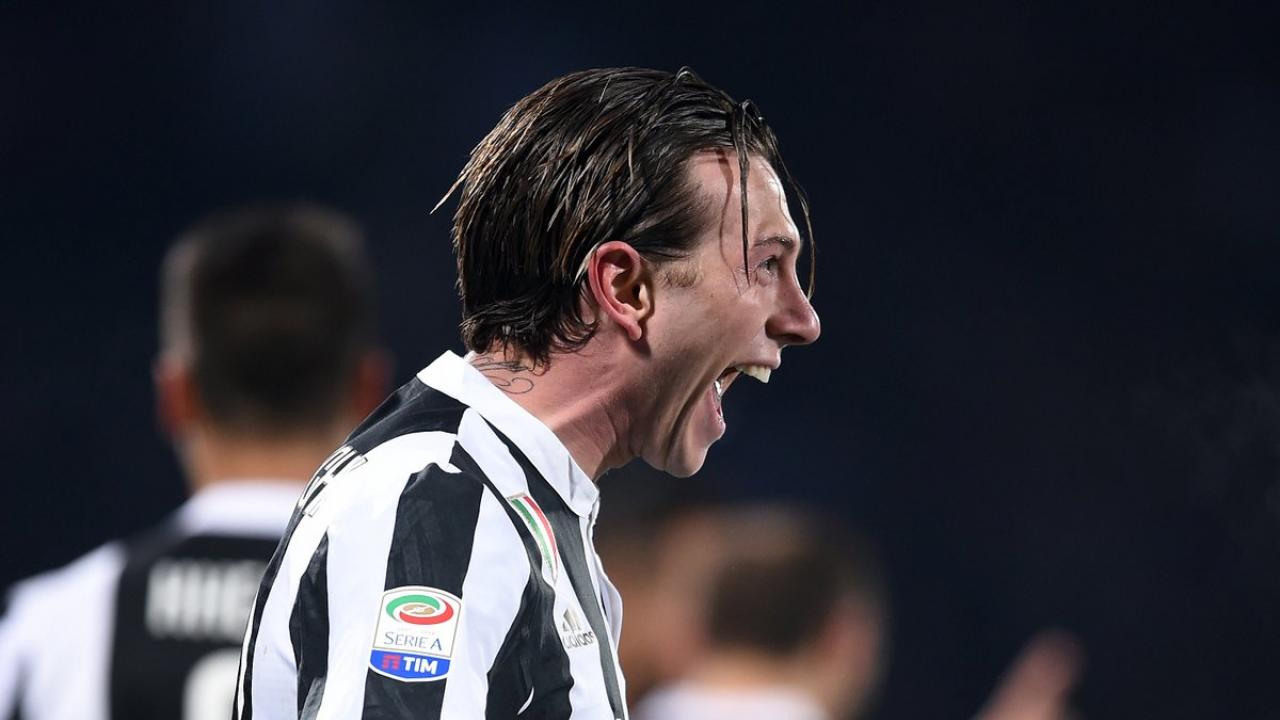 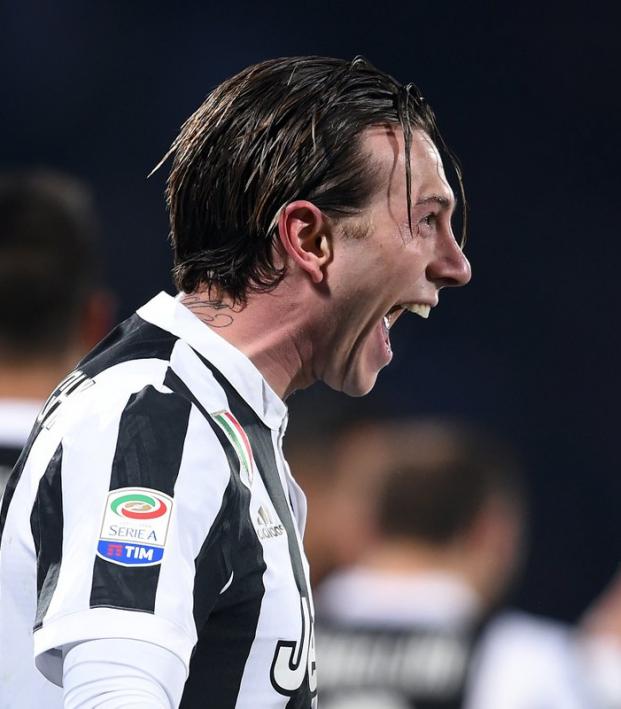 Fiorentina Versus Juventus: One Of Serie A’s Best Rivalries

Huw Thomas February 12, 2018
Friday’s Fiorentina-Juventus match was controversial, summing up the history between the two clubs.

Being hated is part of the Juventus lifestyle. As the most successful team in Italy, there is plenty of fan bases who know nothing but contempt for the Old Lady.

Some of these hatreds are local, such as the rivalry with Torino, while some are based on success, such as the competitiveness with Inter. For Napoli fans, the rivalry is an extension of the north-south divide in the country. Likewise, many fans simply hate Juventus for their … controversial approach to winning at all costs. Some simply hate the fact that they win so much.

With all these haters, it can be hard for Juventus to find the time to respond to each rivalry in equal measure.

But there’s something different about the rivalry with Fiorentina, a kind of burning loathing, mostly from one side, which makes Juventus’ trips to Florence a highlight of every Serie A season.

There’s not enough space in this article to fully explore the Juventus vs Fiorentina rivalry. There are specific sporting instances, such as the final day of the 1981-82 season, when a dubious Liam Brady penalty steered the title away from Florence and north, to Turin. There was also the UEFA Cup final of 1990, in which Juventus scored a controversial goal to beat Fiorentina.

But there are also deeper grievances. At the very same time as the UEFA Cup final, the Turin side was in talks to acquire Fiorentina’s prized asset, Roberto Baggio, whom Fiorentina had nursed back to health following a spat of devastating injuries. Letting him go to their hated rivals was enough to make the Fiorentina fans’ blood boil.

Soon after the loss, Baggio was sold to Juventus. Florentines marched (read: rioted) in the streets, their hatred divided between the owners of the club and Juventus. To this day, street graffiti and restaurant decorations in Florence are united in their eternal message: JUVE MERDA.

Unfortunately for Fiorentina fans, the rivalry is overwhelmingly one-sided. Juventus simply does not have the time nor the energy to hate Fiorentina quite as much. It’s something akin to the supposed footballing rivalry between England and Germany. While English fans will insist that the Germans are their biggest rivals, the enmity barely registers in the German psyche. They’re too busy hating the French or the Dutch or the Italians. You know, more successful teams.

As such, Fiorentina’s trips to Turin may be boisterous but they are usually overshadowed by bigger matches. The reverse fixture, however, gives the Fiorentina fans a chance to truly express their loathing of Juventus. Unfortunately for them, this past round of fixtures simply gave them another reason to hate their bitter enemies.

Tellingly, the match was played on a Friday night. Juventus will be playing Tottenham Hotspur in the Champions League, a game that is far more important to its season. Scheduling the game like this was a clear indicator of its importance: big enough to be on TV, not big enough that it should interfere with Juventus’ real goal of winning the Champions League.

What’s more, Juventus is set to be the subject of a forthcoming Netflix documentary, a behind-the-scenes look at one of Europe’s traditional powerhouses. The premiere of the series seemed a bigger event in the Serie A calendar than a game against current-struggler Fiorentina and it generated more press coverage in recent weeks.

To make matters worse, Juventus rested players. Claudio Marchisio and Federico Bernardeschi were handed starts, the latter having forced an acrimonious move away from Fiorentina last summer. That he should get a start in this game was an indication of A) the fact that he does not feature in Juventus’s best XI and B) Massimiliano Allegri felt the player mentally strong enough to stand up to the jeers and taunts from the Artemio Franchi.

Even before a ball had been kicked, enough had been done to rile up the Fiorentina fans. The stadium was full, the traitorous ex-player was in the starting lineup, a patronizing side had been selected on a Friday night and the weight of history made itself felt.

Despite everything, the Fiorentina fans were determined to make this match feel important. The atmosphere was electric.

Perhaps this had an effect on the team. Fiorentina, which has had so many bad results and indifferent performances this season, played well. They pushed Juventus on to the back foot, Federico Chiesa the driving force behind their pressure.

After the departure of Bernardeschi, Chiesa has been anointed at the new crowd favorite. He’s not just a local lad; he’s the son of Enrico Chiesa, the Italian international who used to play for Fiorentina. Arguably, he’s already performing at a higher level than Bernardeschi despite being younger. Perhaps inevitably, he’s already been linked with a big-money move to Napoli.

But, for that moment at least, Chiesa was everything that Bernardeschi was not. Loyal. Local. Outstanding.

For all of Fiorentina’s pressure, the team seemed unable to find a way through to goal. Gianluigi Buffon, steadily returning to his best form, marshaled his defense of Giorgio Chiellini and Medhi Benatia. However, a mistake by Alex Sandro gave the home side a chance to capitalize on its dominance.

An attempted cross from Marco Benassi caught the Brazilian on the hand. Straight away, the referee pointed to the spot. The ball was collected and placed, ready for the penalty. The stadium held its breath, delighted to have the opportunity to take down the bitter enemy.

Then, just as the penalty was about to be taken, the referee made a decision. He would consult VAR. After a brief discussion with his assistants and the video referee, he reversed his decision. A Fiorentina player had been offside in the build up. He gave the free kick and left Fiorentina fans raging.

Penalty for a handball originally called against @chiellini is rescinded by VAR! #FiorentinaJuve pic.twitter.com/Djm2poohsO

It was not even the correct decision. The ball had been played backward by Sandro himself, meaning that the ball to Benassi could not have been offside. The decision was incorrect but the process was farcical, with every fan in the stadium furiously jeering, making their displeasure felt.

Any referee who makes a favorable (and controversial) decision for Juventus will be in danger of being associated with conspiracy theories. This VAR mess will be another addition to the canon of questionable calls that have favored the Old Lady.

Even after the ridiculousness of the penalty call, Fiorentina nearly went ahead. They hit the post through Gil Dias, though the crowd was clearly deflated. Pessimism had overtaken optimism in their minds. This wasn’t to be their night.

This was made much worse in the second half. After conceding a silly foul on the edge of its box, the Fiorentina defense failed to set itself up properly for the ensuring free kick. Who else should step up but Bernardeschi?

The former Fiorentina star had been quiet on the night but snuck a clever free kick around the wall and into the net. He celebrated, clearly happy to have overcome the relentless mocking from the stands.

For all their intensity and their hard work, Fiorentina was a goal down. A late defense-splitting pass from Chiellini put Gonzalo Higuain through on goal and then it was 2-0. That was how it finished. Another clean sheet for Juventus, another three points for the reigning champion and another collection of grievances for Fiorentina to rue for another year.

With Napoli coming from behind to beat Lazio on Saturday night, this result was exactly what Juventus needed. Going into their game against Spurs, they will have rested key players and given valuable game time to those coming back from injury. With their TV show set to air and their European exploits plastered across TV screens, the Fiorentina game almost felt something of a sideshow for Juve.

But it won’t have been for Fiorentina fans. After a tumultuous summer and with an uncertain future ahead, these matches against rivals represent key moments in the season — opportunities for redemption in a middling, regrettable year. That the game should turn on such a maddening decision will leave the fans feeling aggrieved, though there is some joy to be taken in how well they rose to the occasion (at first, at least).

In truth, the game worked as a representation of the rivalry on a larger scale. Juventus, their eyes firmly fixed on bigger prizes, flexed their financial strength and showed off the power of their unmatchable resources. Fiorentina, driven by passion and a threadbare squad, will feel robbed by a team that they see as being consistently favored by referees. The truth is somewhere in the middle.

Same as it ever was.