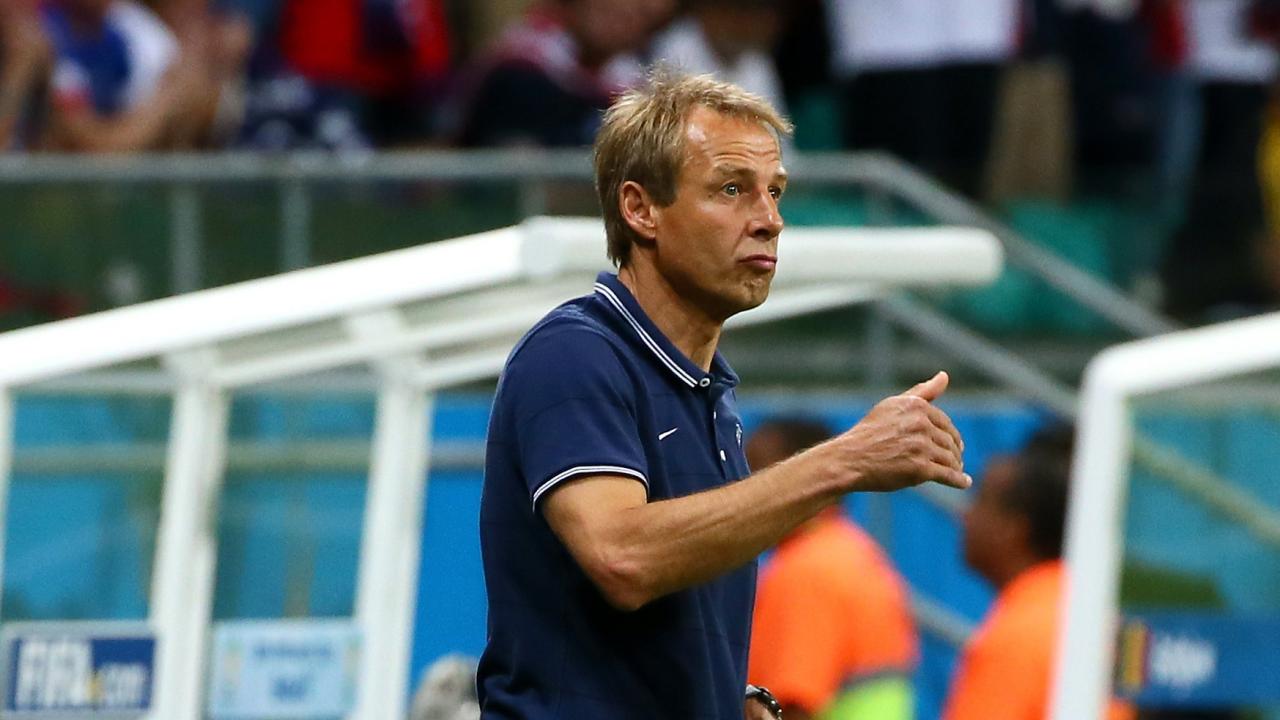 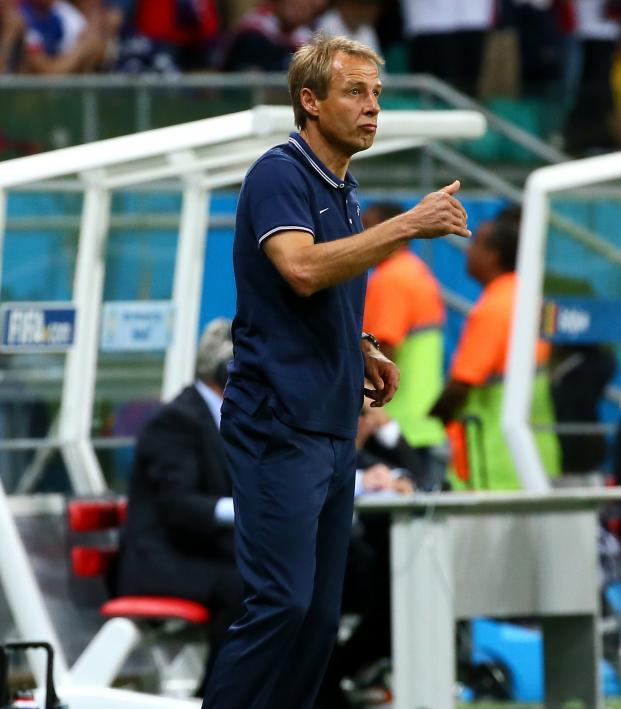 Three years and six days after Klinsmann was fired by U.S. Soccer amidst a disastrous World Cup qualifying campaign (one that would only get more disastrous), the German was hired by Hertha Berlin to coach the Bundesliga side.

Klinsmann had been linked with a variety of jobs over the years, most recently the Ecuador national team, but was brought onto Hertha’s supervisory board earlier this month. He was named interim coach on Tuesday, replacing Ante Čović to try to turn around the club’s fortunes after recording three wins through 12 matches.

Ante Covic is no longer head coach of Hertha BSC. After intensive discussions, @michaelpreetz and @antecovic14 mutually agreed to terminate his contract. @J_Klinsmann will take over until the end of the season.

Klinsmann was a prolific striker in his day, scoring 40 goals in 82 appearances for Die Mannschaft to go with nearly 300 club goals for the likes of Stuttgart, Inter Milan, Monaco, Tottenham and Bayern Munich.

He had a meteoric rise as a coach, taking Germany to a third-place finish at the 2006 World Cup, but declined to renew his contract after the tournament. He spent a brief period as Bayern Munich’s coach but didn’t even last a full year. Klinsmann took over the USMNT in 2011 to great excitement among Americans.

Klinsmann had a rocky time as U.S. coach, notably leaving Landon Donovan at home for the 2014 World Cup. The team’s performance at the tournament — reaching the Round of 16 — was enough for him to keep his job, but he was canned in 2016 after a home loss to Mexico and 4-0 loss at Costa Rica during the 2018 World Cup qualifying campaign.

Since then, Klinsmann’s name has cropped up for various jobs but he had yet to take over a team until Hertha.

“I would like to wish Jürgen a very warm welcome here,” said Michael Preetz, Hertha’s director of sport. “We’ve been in touch for many years now. I’m so pleased that he’s agreed to take over until the end of the season.

“We have a very charismatic coach on our hands here and we’re looking forward to working together in the coming weeks.”

Klinsmann’s son, Jonathan, a U.S. youth international goalkeeper, spent two years at Hertha Berlin (he saved a PK in his senior debut) before moving on to FC St. Gallen in Switzerland.

“I didn’t expect to be back in Berlin so soon after the Leipzig game, but some things just happen overnight,” Klinsmann said in his introductory news conference. “My father is a Hertha fan, the first game I ever went to was against Stuttgart and I held the blue and white flag up. My son also played here.

“I called home whether it’s OK to not come back home straight away. I am here now in front of you. And it’s still a nice feeling, an honor to be allowed to help out.”

“People always told me Berlin is waiting for something big, Berlin has the potential, Berlin is a sleeping giant, unable to move,” Klinsmann said. “And I believe (part-owner) Lars Windhorst has given it a big push.

“Because this has all happened so quickly, my future role hasn't been properly defined, but the plan is to stay until 2020. That way Michael has time to put a plan in place.”

Klinsmann’s first match will be against Borussia Dortmund at home on Saturday (9:30 a.m. ET on FS2 for those in the U.S.). With 11 points through 12 matches, Hertha is only out of the relegation zone on goals scored in 15th place out of 18 clubs.

Jürgen Klinsmann has his work cut out for him, and no Tim Howard to rely on to keep things close.