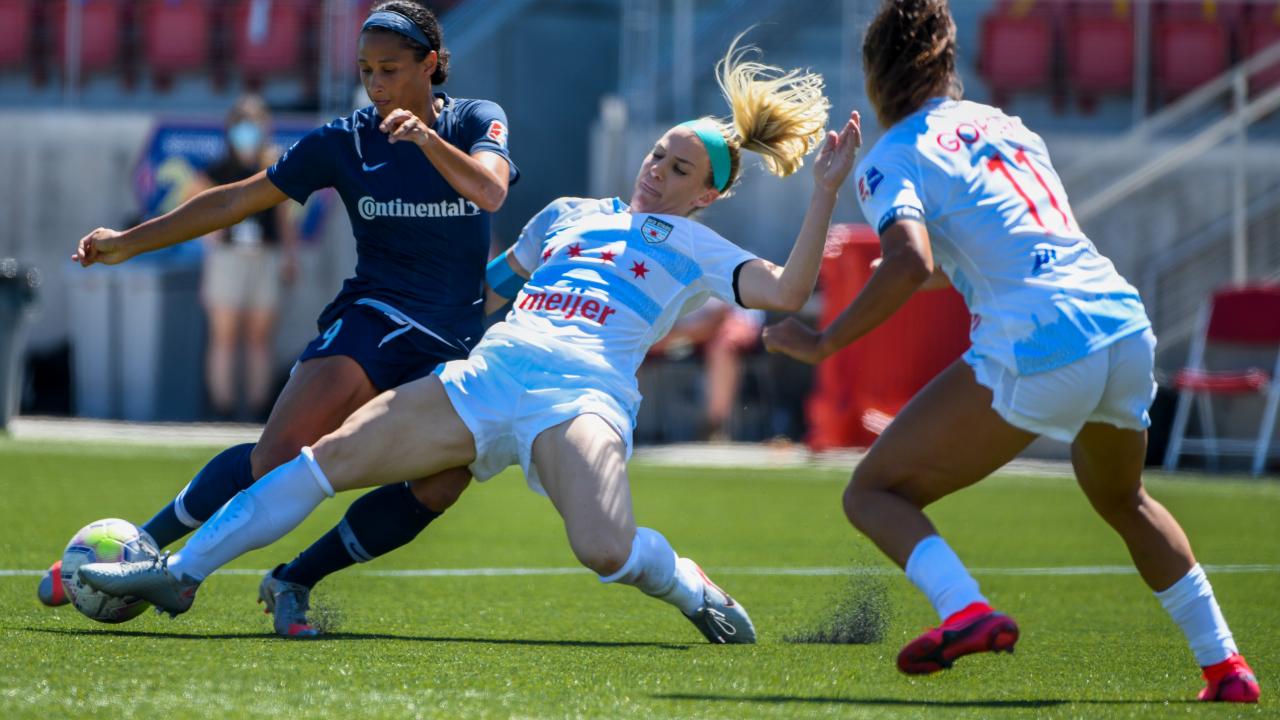 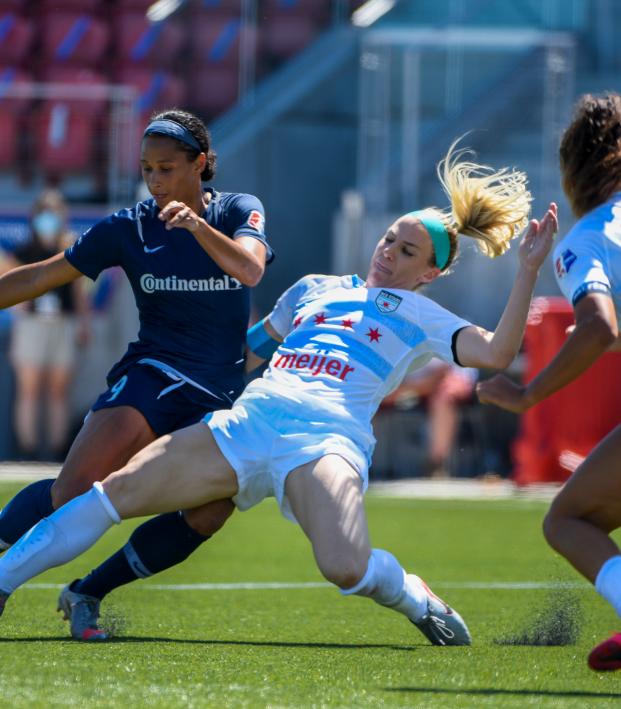 A rematch of the 2019 NWSL Championship again finished in favor of the North Carolina Courage on Sunday thanks to an 81st minute header from captain Abby Erceg. The final scoreline was kinder to the Chicago Red Stars this time thanks to some inspirational play from Julie Ertz at the back, but the club is still stuck on one point from its opening three matches at the Challenge Cup.

The Courage had opened Challenge Cup play with back-to-back victories with Lynn Williams and Debinha leading the attack, but the Red Stars — fortified by the presence of Alyssa Naeher and Ertz at the back — looked more than solid defensively in this one before Erceg’s late winner.

The loss of Sam Kerr to Chelsea was always going to be next to impossible for Chicago to overcome in the attacking third, but the Red Stars registered the two best chances of the opening 45 while North Carolina struggled to find its rhythm playing a third match in nine days.

We've got a potential @Verizon Save of the Match.@rowland_katelyn with a MASSIVE stop to keep the game tied

At the other end, Naeher pulled off a strong save on Sam Mewis’ shot from distance…

A close one for Samantha Mewis, but she couldn't get it past @chiredstarsPR's Alyssa Naeher pic.twitter.com/YBvSa5qQ31

And Ertz came up with a goal-saving tackle on Williams when she looked certain to score.

By the time of the now-customary second half water break, Ertz had recorded six tackles, five clearances and two interceptions, but all that work was undone on a corner kick that was beautifully worked by the Courage.

Off the crossbar and in! Abby Erceg puts @TheNCCourage on the board and in the lead #NWSLChallengeCup pic.twitter.com/joFWPY0yDO

All teams qualify for the knockout round, but North Carolina is on the cusp of securing the No. 1 seed with only next Monday’s match against Sky Blue remaining. However, they could very well meet Chicago in the first round with the Red Stars wrapping up the preliminary round next Sunday against Utah.