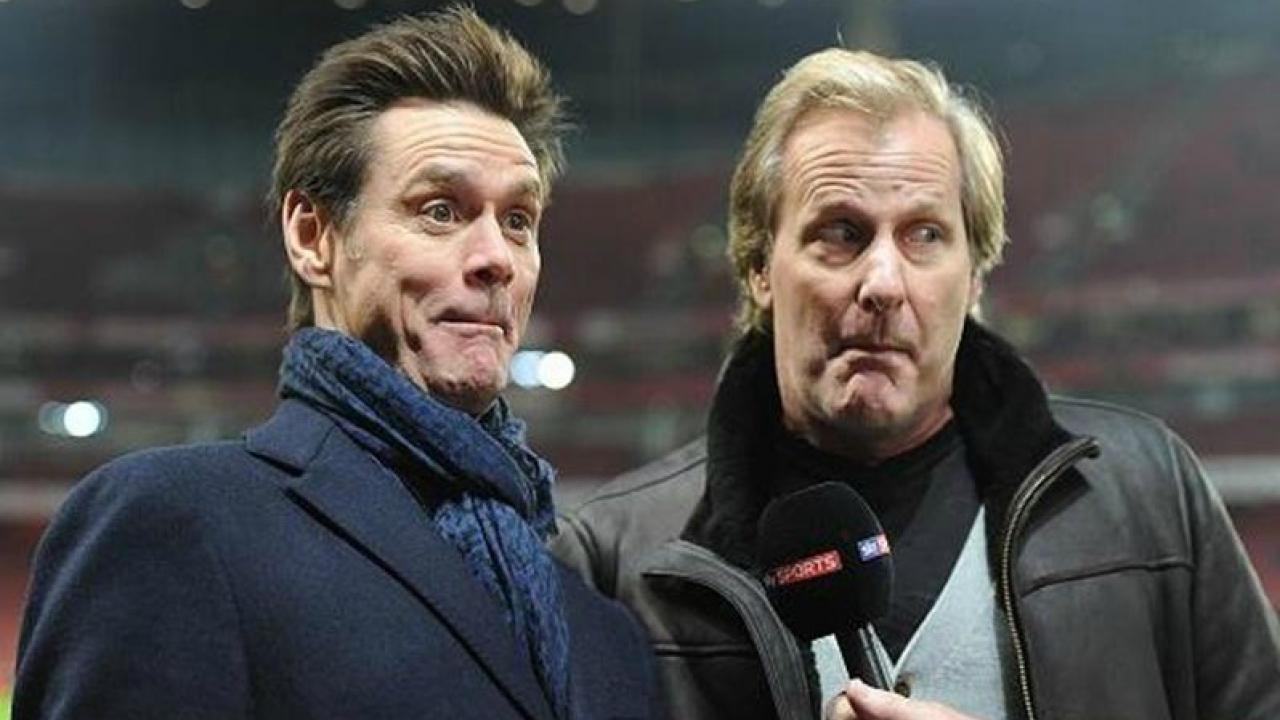 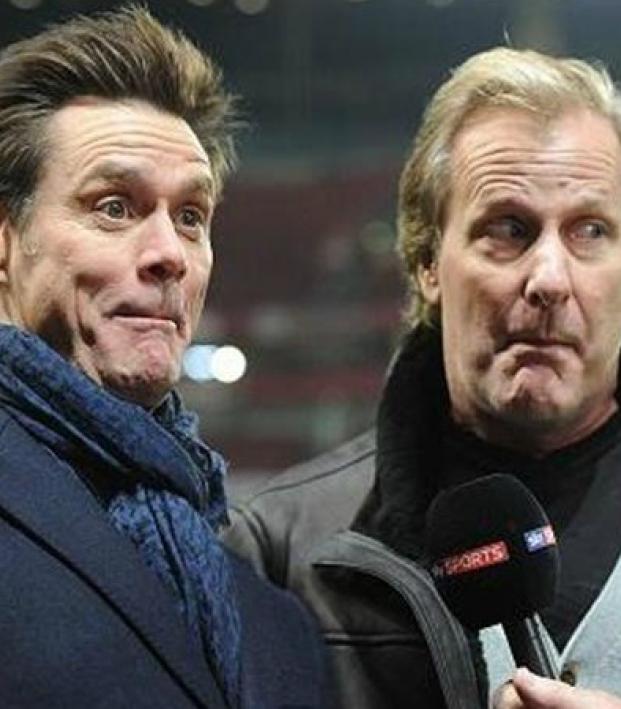 Jim Carrey And Jeff Daniels Attempt To Talk About Soccer

Ivan Anich December 4, 2014
Promoting their new movie Dumb and Dumber To, these two stars ham it up for the camera in this funny interview.

In an attempt to promote their new movie Dumb and Dumber To, Jim Carrey and Jeff Daniels took a tour of Arsenal’s home stadium, the Emirates. When they were not appreciating relics of Arsenal lore, which they probably did not care for, Jim and Jeff answered a few questions concerning Arsenal, their past experiences with English football, Alexis Sanchez, and, of course, their new movie. Ever the funny guys, laughter quickly ensued.

Apparently, this is their second go around with the English game, but we are inclined to not believe that they have actually ever taken in a Premier League match. Case in point, the following dialogue:

Interviewer “You came here for a game many years ago, just tell us about your experiences that time.”

Jeff “Nope, don’t remember a thing about it.”

In all seriousness, their appreciation for the chants of the fans and the energy of the stadium, as well as Alexis Sanchez’s hard-working attitude, shows us that these two do appreciate the game of soccer. Which says a lot, considering theirs was a generation that mostly thought of soccer as an excuse to frolic in an expanse of grass.

This video, we would like to believe, is a manifestation of progess.

What A Hit Son! The Best Soccer Commentaries Of All Time.