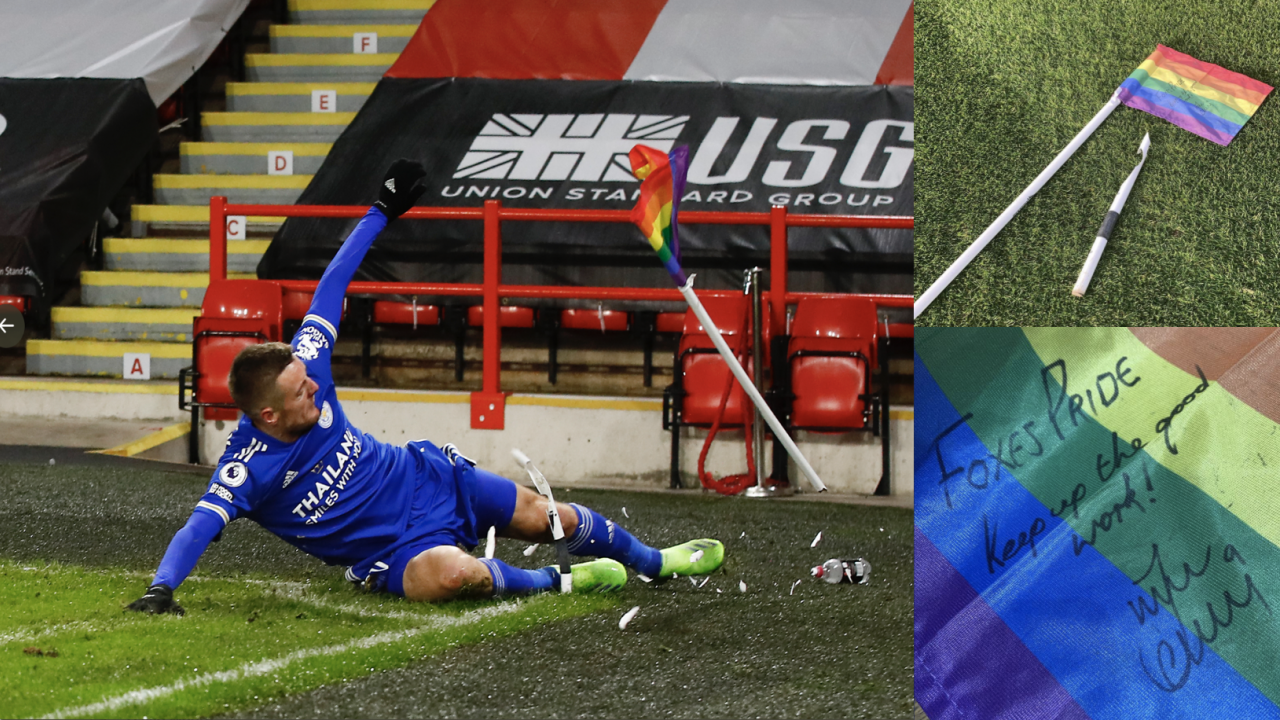 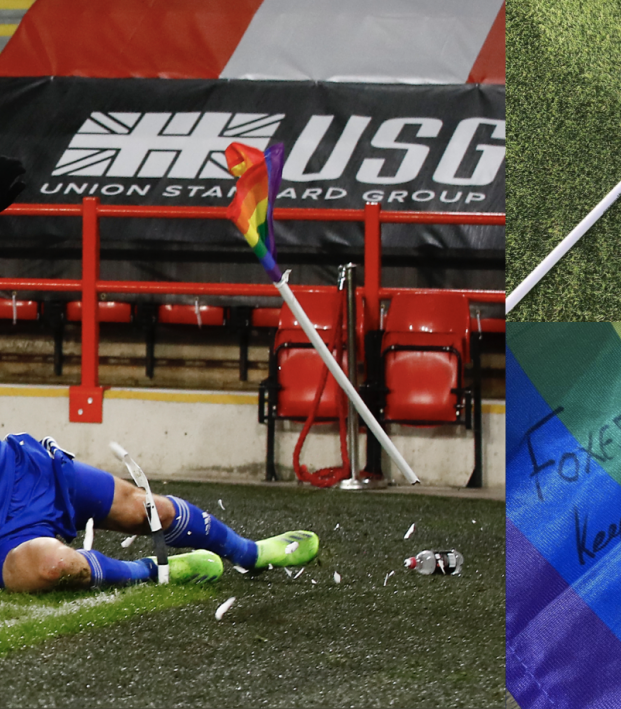 David Moore December 9, 2020
A class act from a class player.

Jamie Vardy was ecstatic after he scored a last-minute goal against Sheffield United on Sunday. The Leicester striker was so thrilled that he celebrated by absolutely obliterating Bramall Lane’s corner flag. On Wednesday, the Vardy corner flag saga had a heart-warming twist as he gifted the flag to Leicester’s LGBTQ+ supporter group.

How it started. How it’s going. pic.twitter.com/D7GImCD4om

“Foxes Pride. Keep up the good work!” Vardy wrote and signed on the flag.

This December, the Premier League is showing its support for all LGBTQ+ people in and out of the sport with rainbow captain’s armbands, rainbow corner flags and other forms of support for the community.

The corner flag Vardy took his jubilation out on happened to don the rainbow flag. Some people took offense to the action.

I’m but a simple guy writing the words appearing on your screen so you can take my opinion with a grain of salt. I think it was extremely apparent that Vardy taking out the corner flag had no ill-intent towards those in the LGBTQ+ community. It’s an incredible stretch of the imagination to claim that Vardy was thinking, “I hate that flag. I want to destroy it and what it stands for.”

The guy had just scored a crucial game-winning goal and was going wild in the moment. Vardy also has a history of abusing corner flags after scoring goals regardless of what flag is flying.

I mean he did the same just a week ago in uel, it’s simply Vardy thing lol pic.twitter.com/pNpqShbYQ1

For those who are saying Jamie Vardy deliberately took out the corner flag supporting Pride.

Here are a few other examples of Jamie Vardy celebrating with the corner flag. #lcfc pic.twitter.com/5TjfNDd5A6

Unfortunately, there was still a wave of bigots and homophobic morons celebrating the destruction of the corner flag. I have chosen not to show any of their tweets and comments as they don’t deserve the attention. Leicester City’s Pride fan group made a note of the hateful remarks it has been receiving in the past week.

All at @foxespride have been saddened by LGBT-phobic comments online over the last few days after @vardy7’s corner flag goal celebration.

We are proud and grateful for the support that @vardy7 and @LCFC continue to show for #RainbowLaces, #LGBT fans and @FoxesPride.

We will continue to work together to ensure that football is a safe place for all. The comments of the last few days just demonstrate how important that is.

Vardy’s class act and message to the Foxes Pride is a strong reminder that this sport is for everyone regardless of sexuality, race and gender.