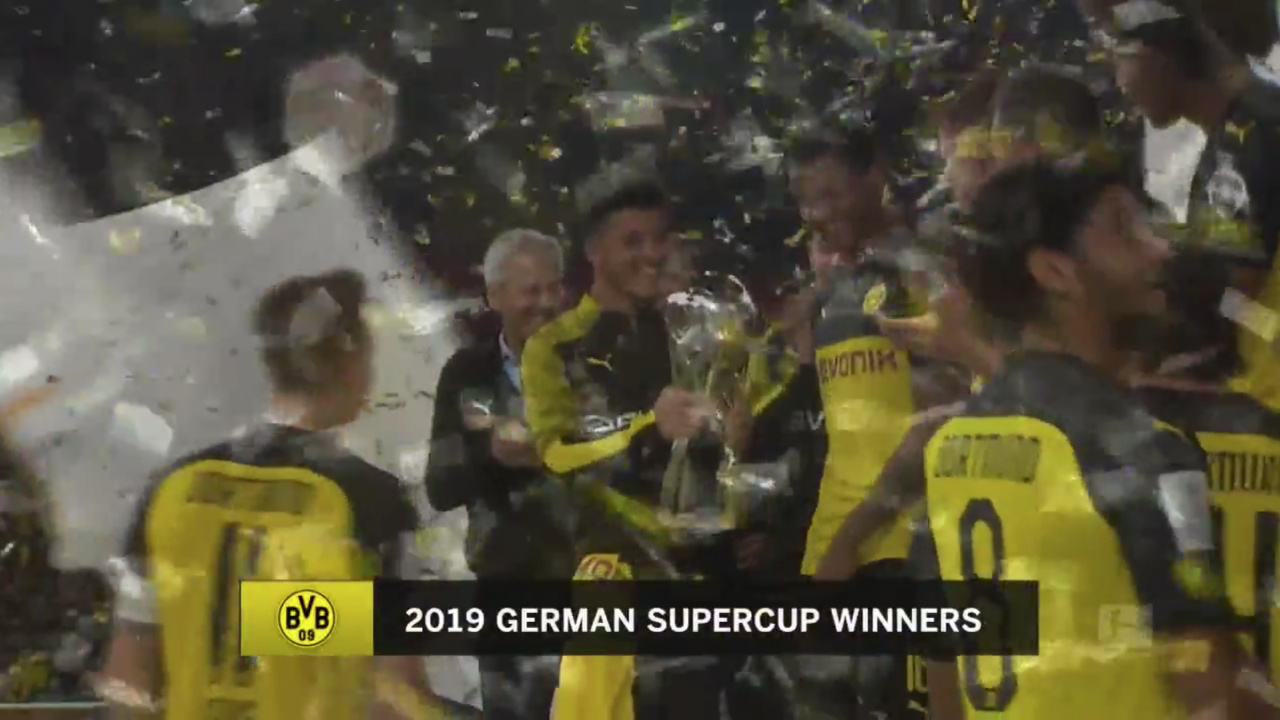 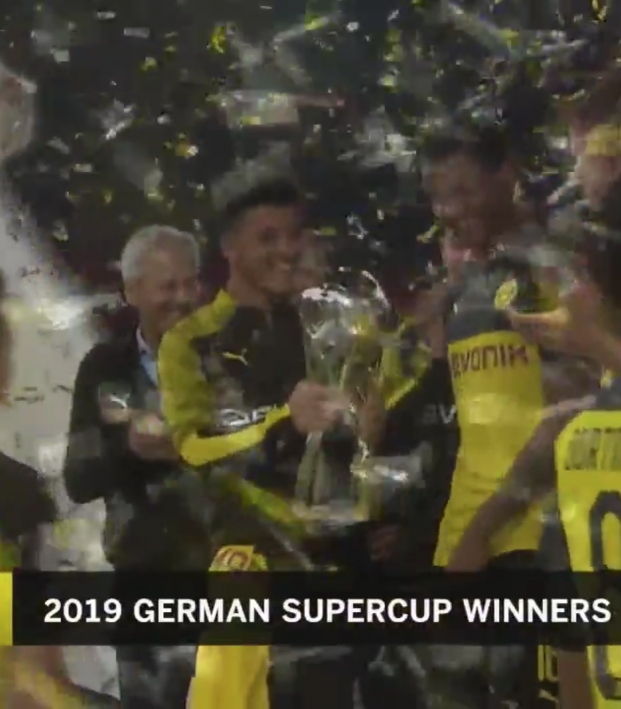 Travis Yoesting August 3, 2019
The young English winger was electric in BVB’s 2-0 win over Bayern Munich in the German SuperCup.

Christian Pulisic already looks like he’s going to be a good signing for Chelsea. The 20-year-old American has been impressive so far with the Blues, putting in a stellar performance against Barcelona and scoring twice against Salzburg. But the display from Jadon Sancho vs Bayern Munich once again confirmed Borussia Dortmund will be just fine without the boy from Hershey.

Sancho, 19, was the difference maker in Dortmund’s 2-0 win over Bayern Munich in the German SuperCup on Saturday. He set up the first goal with some brilliant work on the wing and put the match away with a 50-yard solo run.

Bayern couldn’t cope with the Englishman, who helped limit Pulisic’s minutes with BVB last season with his engrossing play.

Bayern Munich dominated possession (65-35) and outshot BVB 16-5, but Dortmund won because of what Sancho was able to do on the break.

Shortly after halftime, Sancho stole the ball near midfield, dribbled magnificently into the Bayern box drawing in four defenders before laying off to Paco Alcácer, who was clinical with his finish.

Paco Alcacer puts the hosts in front just minutes into the 2nd half after lovely work from Jadon Sancho. 1-0! #SuperCup2019 pic.twitter.com/dUT5Xa0KAZ

Bayern pushed for an equalizer, but it was Sancho who scored the next goal, punishing the visitors with a lightning-fast counterattack. Note the excellent pass from Raphaël Guerreiro to spring the counter.

Dortmund's young star is picking up right where he left off this season and doubles the lead. #Supercup2019 pic.twitter.com/PPypzRvpsY

Even the introduction of Canadian phenom Alphonso Davies, who had a goal and an assist against Tottenham earlier this week, wasn’t enough to help Bayern come back. And Joshua Kimmich was fortunate to escape with just a yellow card for a stomp on Sancho.

While Bayern Munich will always be the favorite to win the Bundesliga, Borussia Dortmund — and Jadon Sancho — showed it won’t be easy. BVB didn’t even play most of his incoming transfers, including former Bayern center back Mats Hummels, Thorgan Hazard and Julian Brandt.

Christian Pulisic and Dortmund are both doing just fine after his record-setting transfer to Chelsea in January.