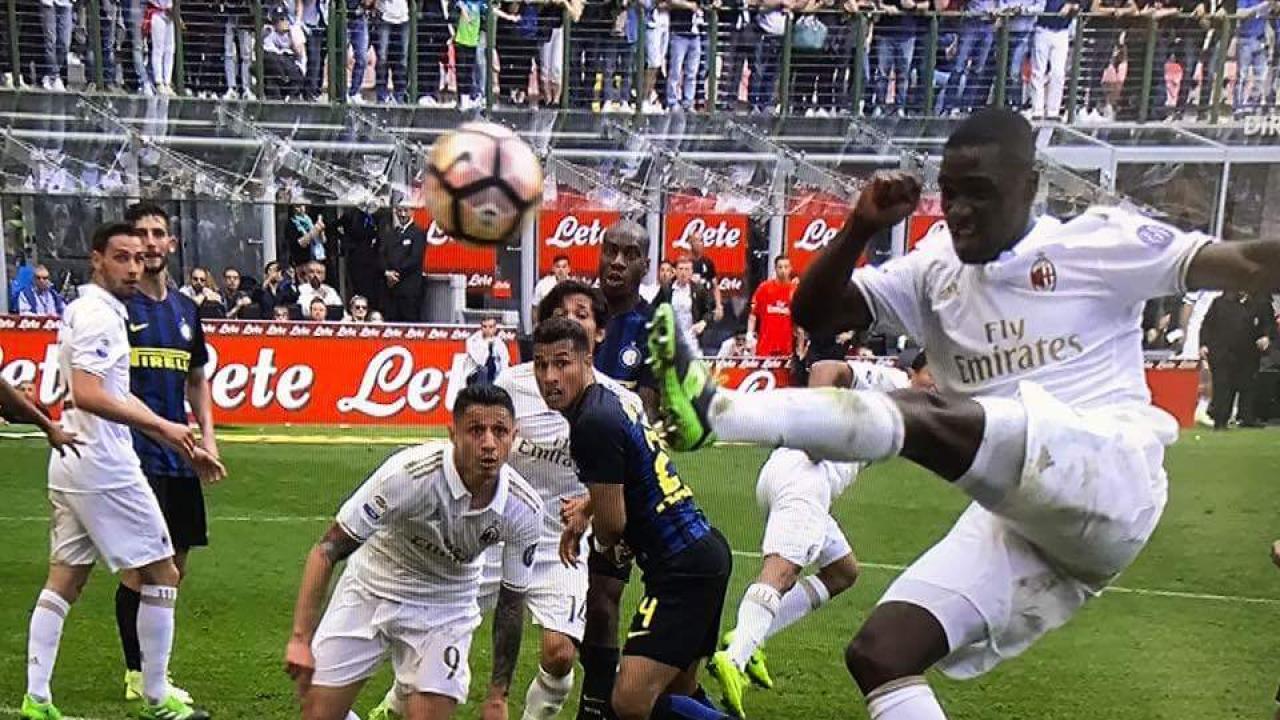 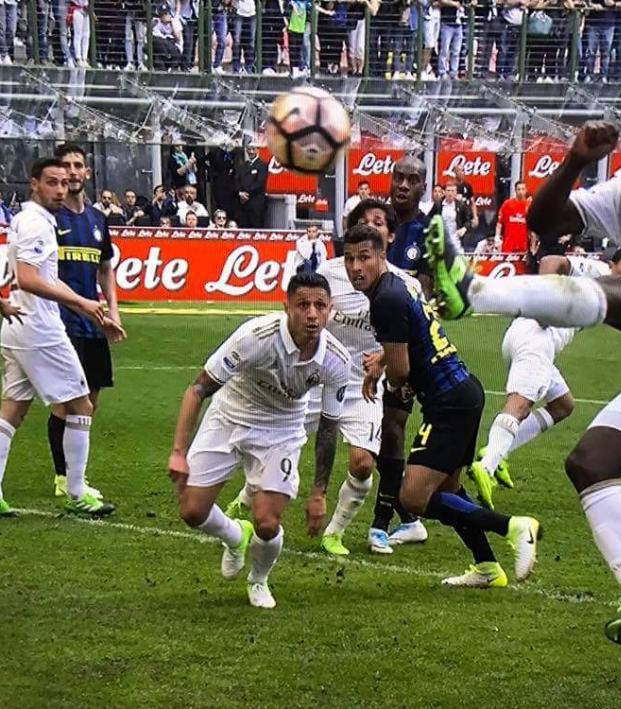 From Italy To China: New Owners Cause A Stir In Milan

Huw Thomas April 19, 2017
AC Milan and Inter both have new owners, but who will triumph in the future?

Deadlines are interesting things. For Milan in recent weeks – in recent years, really – a flurry of deadlines have been dodged, avoided, missed, and ignored. In the past seven days, however, everything seems have slotted into place. The impending deadline for the sale of one of the world’s most storied clubs to a shady Chinese investment firm was finally completed, ending the ownership of a shadiest of shady owners himself, Silvio Berlusconi.

Both Milan clubs are now owned by Chinese consortiums. In that, they are the same. But Milan and Inter have always done things differently. So much so that they’ve often gone full circle and ended up looking exactly alike. Both sides of the same coin. Forever linked, their histories inseparable from one another. It just so happens that they are two of the world’s most famous football teams.

On the pitch, the derby against Inter went right down to the final minute. And then a bit longer. And then a bit longer again. It was settled in the 97th minute, ending the game with a 2-2 score line. The parallels and analogies between the sale of the club and the end of the derby are always too trite, too obvious, and too easy to use. But use them we shall.

Let’s deal with the football side of things first. It’s hard to separate the sport from the business side of things, however. One need only look at the 12:30 kick off time to see that the Derby Della Madonnina – the special name for Inter versus Milan — had been very carefully arranged. Firstly, there was the issue of Easter. Easter is serious business in Italy and it’s unthinkable to play games on the holiest of holy Sundays.

Secondly, rather than the evening kick-off that the fixture usually enjoys, the early start meant that the game played out on prime time in the potentially-lucrative Chinese markets. The new owners of both clubs will be looking to the east in order to make a return on their investment; the Derby functioned as a wonderful curtain opener for the Milan clubs’ new era of ownership.

On the pitch, there are certainly differences. Milan have a young squad (with a few veterans) which is heavy on the Italians and a seemingly stable manager. Inter – a club initially formed with globalisation and the inclusion of foreign players very much as a central ethos – have an expensively-assembled side of imports and are on their second manager of the year, one who is unlikely to be there at the start of the next season.

Milan started better. Gerard Deulofeu, brought in on loan in January, has been a revelation and he started very well indeed. But it was to no avail. Despite Milan’s efforts, Inter took a two goal lead before half time. Antonio Candreva scored the first with a tidy chip, while Mauro Icardi capped off another counter attack eight minutes later with a ruthless finish. Both goals had come against the run of play.

After half time, Milan resolved their finishing issues, though it took them until the 83rd minute to make the breakthrough, when they pulled one back through the centre-back Alessio Romagnoli. After this, Inter began to grind down the clock. Their substitutes were carefully arranged to chew into the allotted time, while their players were happy to stroll from set piece to set piece.

Though five minutes of added time had been signalled, the referee had made it abundantly clear that he was adding on every single spare second, especially those taken up by the very late substitutes. When Milan won a corner in the 96th minute, he indicated that this was to be the last kick of the game.

And it ended in quite the kerfuffle. Or, at least, it might have done. Goal line technology entered the fray. After a scramble at the goal mouth, players from both sides were leaping around, equally convinced that the ball had either crossed the line or that it had not. But the referee didn’t need to listen to them. He felt the vibration on his wrist, looked down and saw that the technology had awarded the goal.

As promised, it was the last kick of the game. It ended 2-2, a thrilling end to one of the planet’s best known derbies.

In times of yore (read: last year), we might have spent weeks and even months debating whether it was a goal or not. The technology resolved that issue. A handy metaphor for the future of these two clubs? Perhaps, but an even handier figurative device came in the shape of the television coverage. Rather than venting managers or furious players, or even rioting fans, the camera swept up to the owners’ box.

There, the new proprietors of the Milanese clubs were sat. Milan’s new owner, Yonghong Li, was ecstatic, leaping about and hugging anyone nearby. Meanwhile, Steven Zhang – son of the largest shareholder of the Suning investment group and one of the public faces of Inter’s ownership – seemed immovable. Sat next to Javier Zanetti, veteran of too many Milan derbies to count, he had a face like thunder.

It was a telling shot. Not simply because of the emotions that football is able to awake in people – that much is obvious – but more for who these men had replaced. Previously, the audience would have seen Berlusconi and Massimo Moratti sat in that box, two classics of the genre of Italian owners of Italian football clubs. Those men were throwbacks, in charge of some of their respective sides’ greatest triumphs.

There had been ups and downs along the way, but both men were woven tightly into the very fabric of Italian football. Inter’s treble triumph or Sacchi’s Milan side are both essential entries in any history of the entire sport. Their passing from the owners’ box felt very much like a ‘Moment’.

For Inter, this new era in their history is very much in full swing. Already in place for almost a year now, we have seen that the owners are willing to invest (even to the point of over-investing and running afoul of Financial Fair Play.) Furthermore, Suning themselves are one of China’s most renowned retailers, clearly in possession of visibly vast resources.

It is another story for Milan. The Berlusconi years are too storied to cover in such a small amount of space. Berlusconi’s corruption-ridden grip of Italian politics often functioned in tandem with his footballing activities, heavy investment coming at times of political expediency, as a means of drumming up populist support. For years, having finally fallen from power, he has been courting foreign investors.

There was the Mr Bee saga, then a potential American investment group, and the infamous ‘Chinese dame’, as referred to by the Italian press. Whether Berlusconi was unwilling to part with his plaything, whether investors were failing to match his valuation, or whether interest was scarcer than suggested, we don’t know. But we do know that the sale of the club has been ‘just around the corner’ for a few years now, certainly long enough that underinvestment in the squad has been justified on this basis alone.

But then Yonghong Li turned up. At first, he seemed the latest in a string of potential investors, the latest to court the club publicly then back away after a few months. Italian newspapers sent reporters to China, with the aim of finding out more about the mysterious figure. While Inter’s owners were famous, their stores all over China, Yonghong Li was a mystery. Few details could be put together on where exactly the money was coming from. But Berlusconi seemed determined to press on with the sale.

Such as it was, he hatched a plan. The sale would be completed in stages. A series of deposits were made, in chunks of €100 million or so. Every few months, there would be a deadline and Li would have to make another deposit. If at any stage he walked away, then Berlusconi would keep the deposits. Most thought it a scheme, expecting Silvio to announce at any time that the sale had floundered, walking away as a much richer man.

When the final deadline was pushed back through February and then March, it seemed that these predictions had come to fruition. But then, last week and just in time for the Derby, the sale was completed. Milan was in the hands of the Chinese owners, something many had thought would never happen.

But what do we know of AC Milan’s future? Already, stories of huge transfers and investment are circling in the press. Whether these will come to pass is unclear. It was written into the terms of the sale that the new owners would make suitable levels of investment, but this is Italy, a country were complicated contract law and the ensuing bureaucracy is a part of the sluggish furniture of day-to-day life. It doesn’t mean much.

Much like the Derby Della Madonnina itself, an exciting end belies much confusion and little in the way of assurances. Investment will have to be demonstrated in actuality, rather than column inches. Likewise, Milan are still sixth in the table. A draw can feel like a win if it comes in the final minute of a game you’ve been losing. A sale can seem encouraging if it’s taken years to complete.

Even then, we’ve seen Inter invest heavily over the last year and where has it got them? Still two points behind Milan. Juventus – Italian owned – have not won five straight championships based on their investment alone: their canny playing of the transfer market and their unveiling of a profitable new stadium have been far more influential.

For Milan (and Inter) to succeed, it is not just a question of money. They will need to sort out San Siro, ensure that their management structures are properly in place, and bring in talent at every single level of the club. If they do, they it can only be a positive for Italian football. Whether they can do it is another thing entirely.