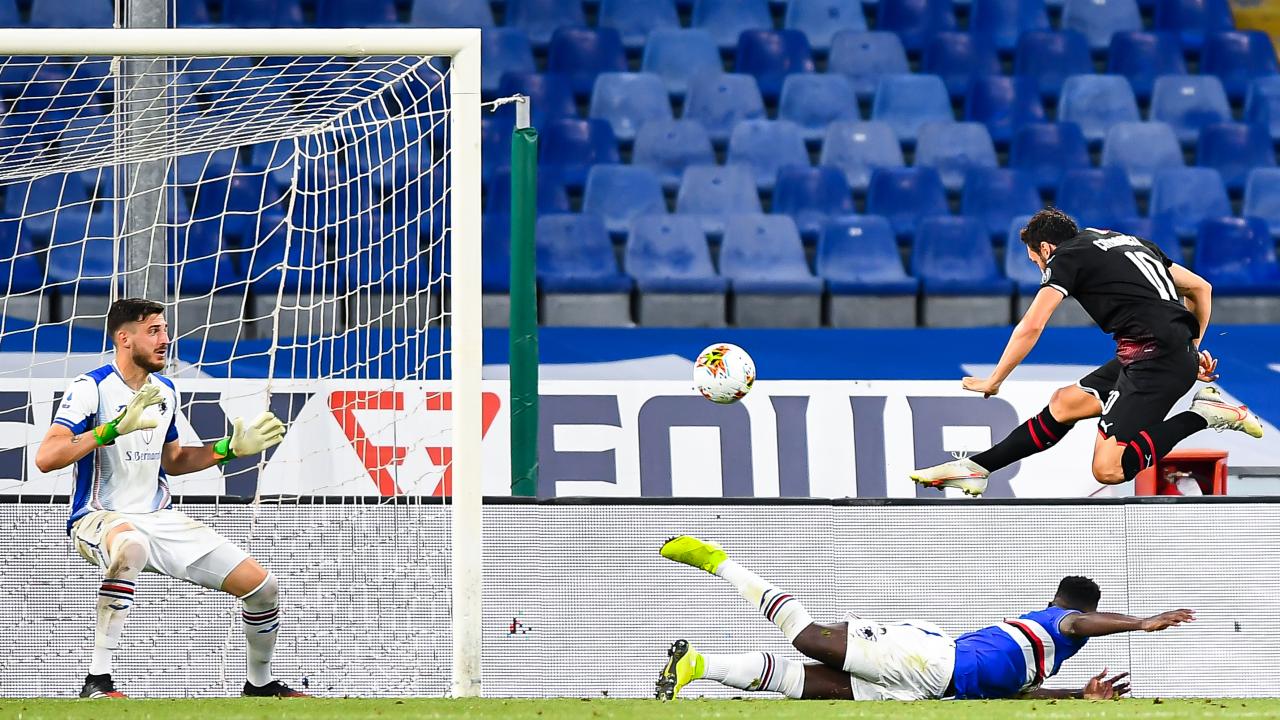 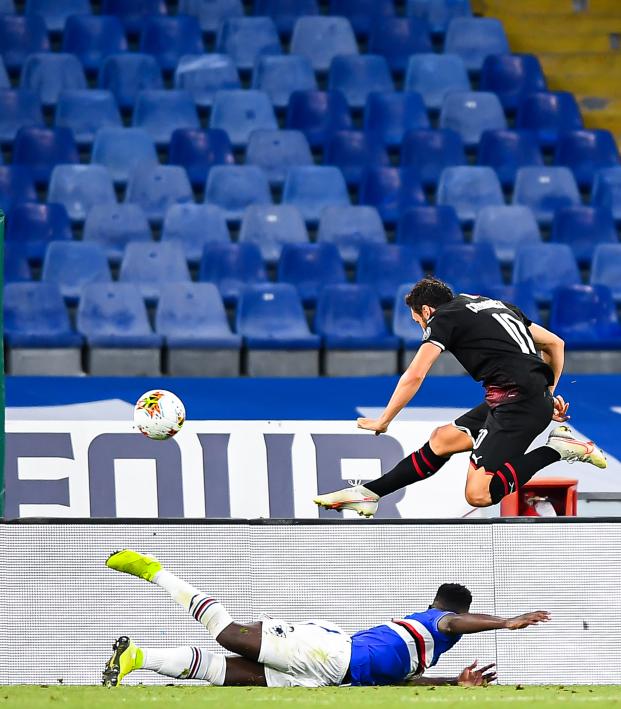 Nick Rumpf July 29, 2020
The Turkish international has been one of AC Milan's most in-form players since play resumed

Stefano Pioli's AC Milan is yet to suffer defeat since league play resumed in June following the coronavirus shutdown.

Milan has earned 27 points from 11 games since the return to action, causing the club hierarchy to take a U-turn as preparations for next season go ahead. The board had reportedly offered the manager's job for 2020-21 to Ralf Ragnick, Head of Sport and Development Soccer for Red Bull.

Thanks to the remarkable turnaround overseen by Pioli, the club decided to extend his contract for a further two years. Pioli said of the extension: “I am happy and proud of the trust I have received from Milan. I want to thank everyone, including our fans, who we are really missing at the stadium, but are always close and supportive."

Turkish international midfielder Hakan Çalhanoğlu has played a pivotal role in the side's longest undefeated run of the season. Having underwhelmed at times since joining from Bayer Leverkusen in 2017, German-born Çalhanoğlu is enjoying his best run of form since arriving in Italy.

He had scored just three league goals all season before the shutdown, but since the return of Serie A he has scored six times already and provided a further eight assists. After scoring against both Roma and Lazio, Çalhanoğlu scored one goal and assisted the other two in a 3-1 victory over Parma. Days later he provided the assist for both goals in a narrow 2-1 win against Sassuolo, before following up that performance with a stunning free-kick goal in the 1-1 draw with high-flying Atalanta.

After helping Milan secure European qualification for next season, Çalhanoğlu scored and provided another assist in Wednesday's 4-1 win over Sampdoria. He surged into the box to get on the end of a knock-down from Zlatan Ibrahimovic, rifling home the goal, which stood after a VAR review.

Calhanoglu makes it 2 for Milan after VAR confirms the goal. #SampdoriaMilan #SempreMilan
pic.twitter.com/yhP8AB5R39

The attacking midfielder, capped 48 times by Turkey, has praised the influence on the team of the red-hot Ibrahmovic, saying he has brought back the "real Milan." Now that he has cemented his place as one of the first names on the team sheet, Çalhanoğlu is looking forward to extending his stay in Milan, with his current contract set to run out next year.

"I want to stay at Milan; I chose this team with the heart and I still want to wear this shirt," he told Sky Sport.

Milan now sits one point behind fifth-placed Roma ahead of Saturday's season finale against Cagliari.