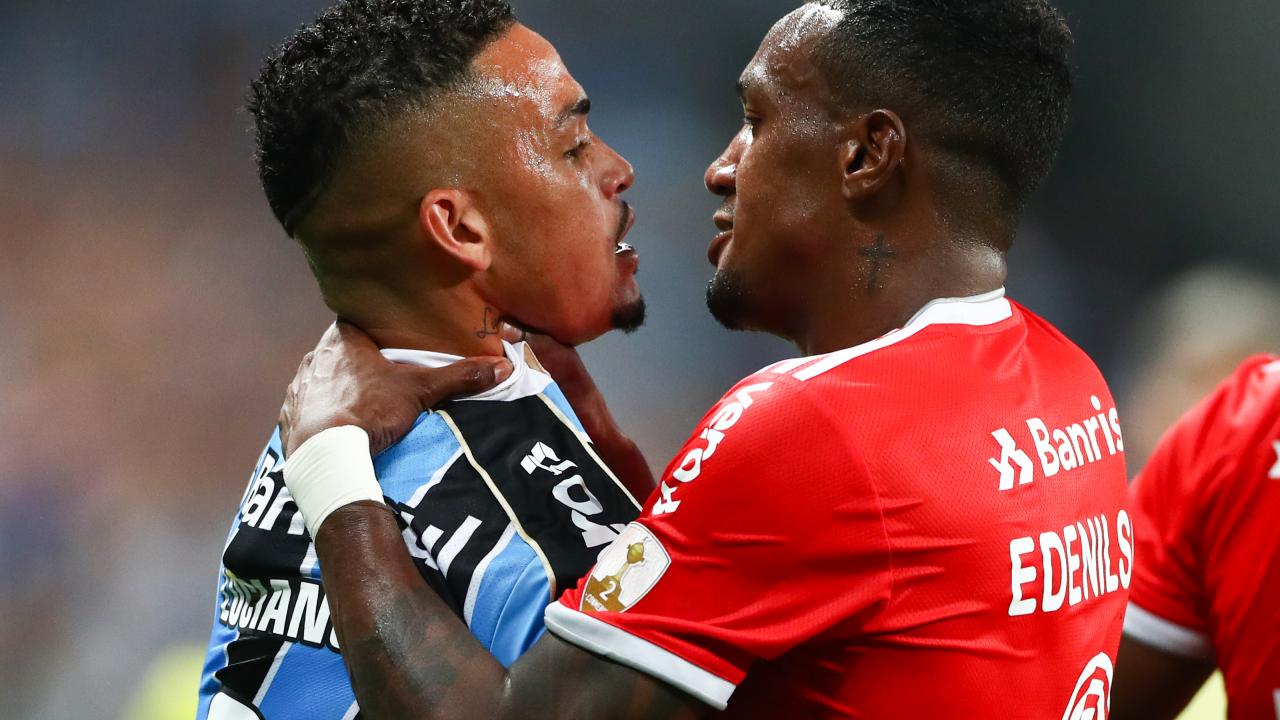 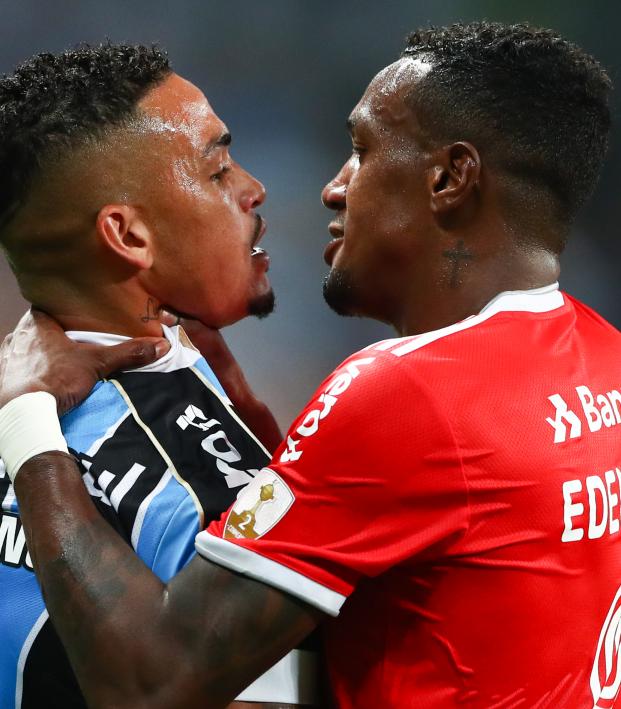 Travis Yoesting March 13, 2020
The Copa Libertadores match ended with eight red cards being handed out, four each for Gremio and Internacional.

The Grenal is one of the fiercest rivalries in the world. So with Gremio and Internacional paired up in Group E of the 2020 Copa Libertadores, you knew there would be blood.

We didn’t imagine it would be this much.

Thursday’s Gremio-Inter match at the Arena do Gremio ended 0-0 following a wild brouhaha that resulted in eight red cards. The match was on the verge of being abandoned but was able to finish after 15 minutes of stoppage time as both teams had three players and a substitute sent off.

The return leg at Estádio Beira-Rio was scheduled for April 8, but the Copa Libertadores is suspending play, which will likely mean a change of schedules.

Argentine referee Fernando Rapallini was always going to struggle to maintain control of this intense derby. As ESPN correspondent Tim Vickery put it: “The undercurrent of a loss of emotional control was always present. Players greeted the award of a throw to the opposition as justification for an existential crisis.”

Tensions didn’t boil over until late in the match.

In the 85th minute, players began grabbing each other’s throats and benches cleared. Rapallini issued two red cards to each team in hopes of getting the match under control.

Before Rapallini could even get his red card back in his pocket, an all-out melee broke out. Clearly unconcerned about coronavirus, the two sides flew at eachother, with players on both sides reminding us how bad soccer players are at throwing punches.

A FULL OUT BRAWL HAS BROKEN LOOSE IN THE GREMIO-INTERNACIONAL GAME!  #Libertadores pic.twitter.com/pAgNqBCLO8

At this point the referee would’ve been completely in his right to abandon the match. Remarkably, the two sides calmed down enough to be complete the match, albeit after two more red cards for each side (including a bench player for each team).

Below are the full Gremio vs Internacional highlights from Thursday’s match. Most of the highlights are yellow and then red cards, with only a few efforts on goal. Gremio’s best chances came after the madness, when both teams were playing with eight men, including one shot that struck the crossbar.