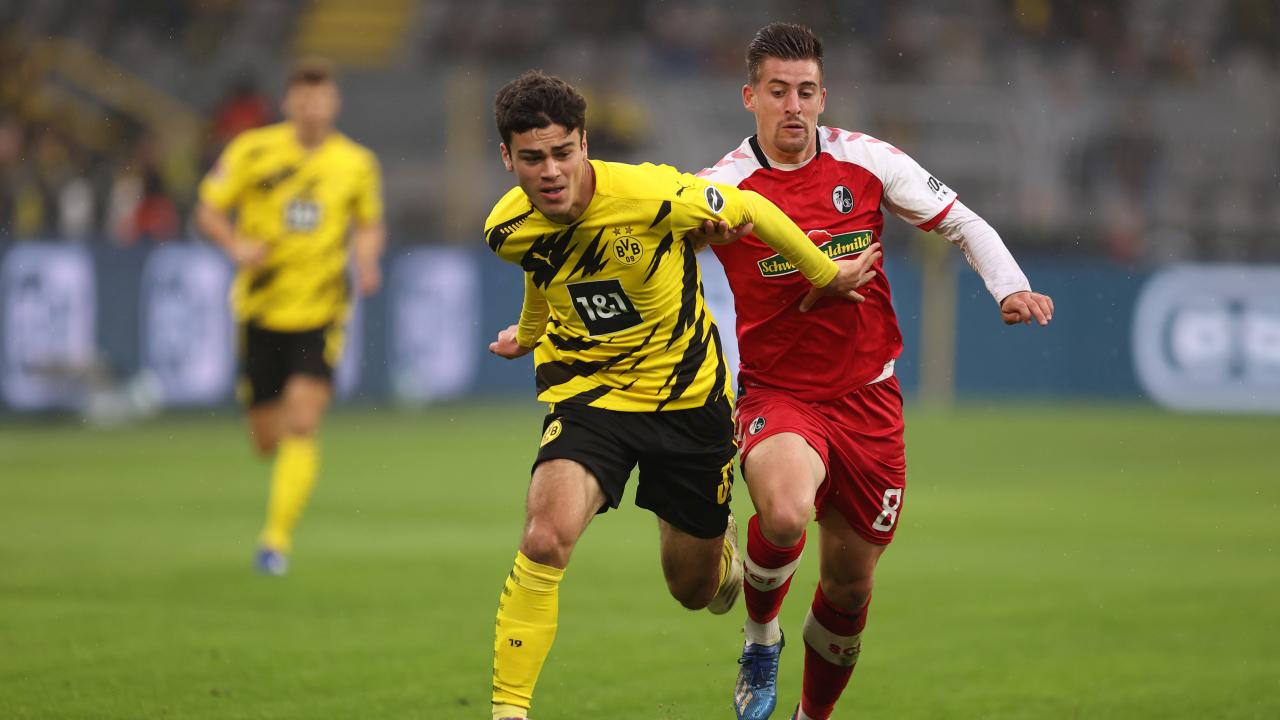 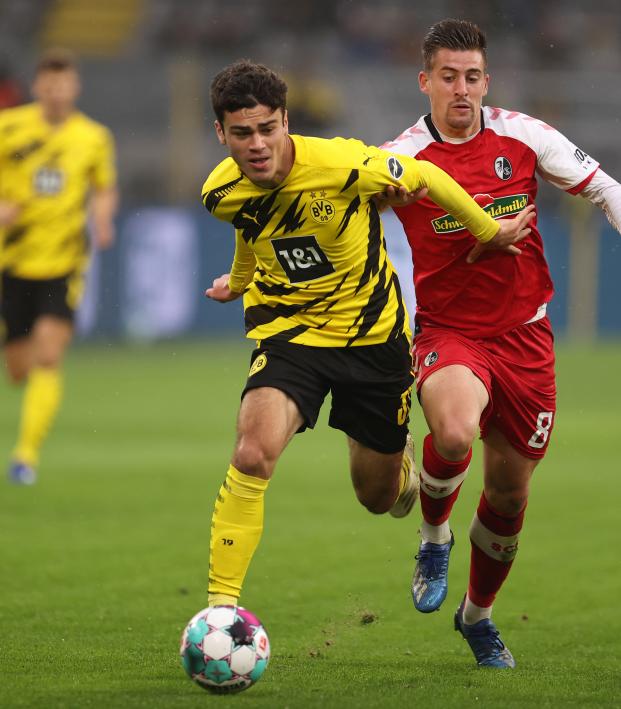 In a way, it can be a bit exhausting following all the young American stars in Europe these days. As soon as we get used to Weston McKennie playing for Italy’s most famous club, Sergiño Dest moves to Barcelona. As soon as we finish gushing over a performance from Tyler Adams, Giovanni Reyna does something like he did on Saturday. It might just be a golden age for Americans abroad, and we’re not going to complain, nor are we going to stop celebrating these Americans, because everyone who grew up in the 90s or earlier can really appreciate just how special this moment in time is.

America’s Dest is at Europe’s best.

Gio Reyna provided the latest great spectacle from an American abroad on Saturday against Freiburg. The attacking midfielder was superb throughout and assisted all three of BVB’s goals while he was in the match on the way to a 4-0 victory. As Reyna was subbed off in the 80th minute, the Dortmund faithful — a limited crowd was allowed to attend — gave the 17-year-old a standing ovation.

Dortmund fans gave Gio Reyna a standing ovation after being subbed off  pic.twitter.com/iPtVsbVEHD

Reyna began his onslaught of assists by showing his intimate connection with fellow youngster Erling Haaland. The 20-year-old Norway international latched on to Reyna’s through ball with a powerful left foot to make it 1-0 30 minutes in.

Reyna then made the most of the confidence coach Lucien Favre has in the youngster. Given the responsibility of taking corner kicks, Reyna picked out Emre Can for the second goal of the day.

Reyna had never had two assists in a match before, but he wasn’t done. He completed his hat trick of assists with another helper for Haaland, leading a counterattack before knowing just how to set up his striker to punish the opposition.

Felix Passlack scored his first Dortmund goal in stoppage time as BVB snapped a two-game losing streak and jump up to second place as of publishing this story.