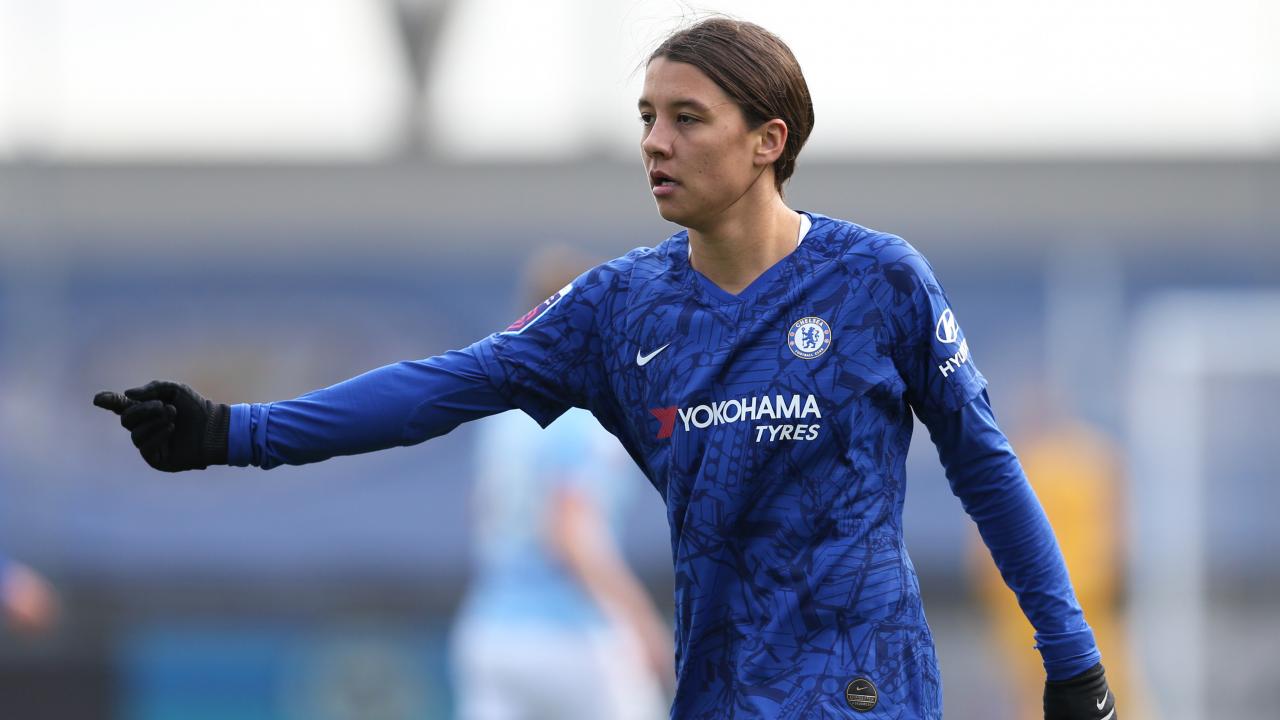 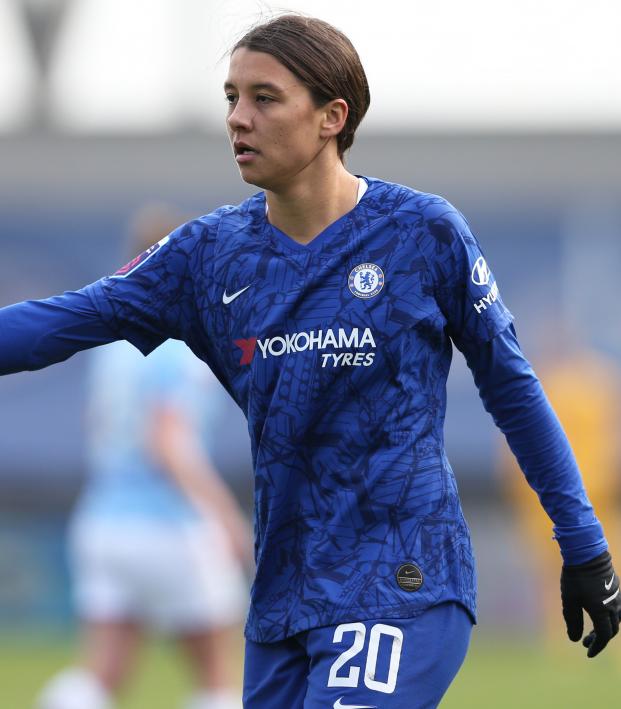 Travis Yoesting June 5, 2020
The fact Chelsea didn’t have the most points isn’t the only oddity.

Sam Kerr can claim a league title in her first season in England, even if her side wasn’t atop the Women's Super League table when the last match was played before the novel coronavirus pandemic shut down league play.

The English FA announced Friday that Chelsea would be awarded the Women’s Super League crown based on a points-per-match basis. Manchester City was atop the table with 40 points from 16 matches, but Chelsea’s 39 points from 15 matches were rewarded with the trophy.

Liverpool, which was bottom of the Women's Super League table both in total points and points-per-match, was relegated.

Congratulations to @ChelseaFCW, who have the best points-per-game ratio and win the title.

Along with @ManCity, they will represent #BarclaysFAWSL in the @UWCL next season. pic.twitter.com/rxftiVYkEd

Plenty of arguments can be made over the fairness of this decision. Should Liverpool been allowed to fight its way out of relegation (it was just one point behind Birmingham City, which had a game in hand)? Should defending champion Arsenal, just one win behind Chelsea, have been given a chance to fully defend its title?

The answer in both cases is an unequivocal yes. If England says the men’s Premier League can complete its season, why can’t the women complete their season? This pathetic misogyny is shocking but not surprising.

This isn’t to take anything away from Chelsea. The Blues were likely to win the title regardless, especially having added Kerr to an already strong side. But Arsenal and Manchester City likely would’ve taken their battle for the final Women’s Champions League spot to the end of the season. The two clubs’ battle for the top spot last season was one of the best title races in women’s football last year.

Alas, the powers that be once again showed they care more about men than women, money than fairness.

Almost a year to the day that the incredible 2019 Women’s World Cup kicked off, Chelsea can celebrate a deserved championship, but no one should feel good about how this all ended. The only positive of this is that Liverpool was relegated, so Reds fans can’t have it all this season.