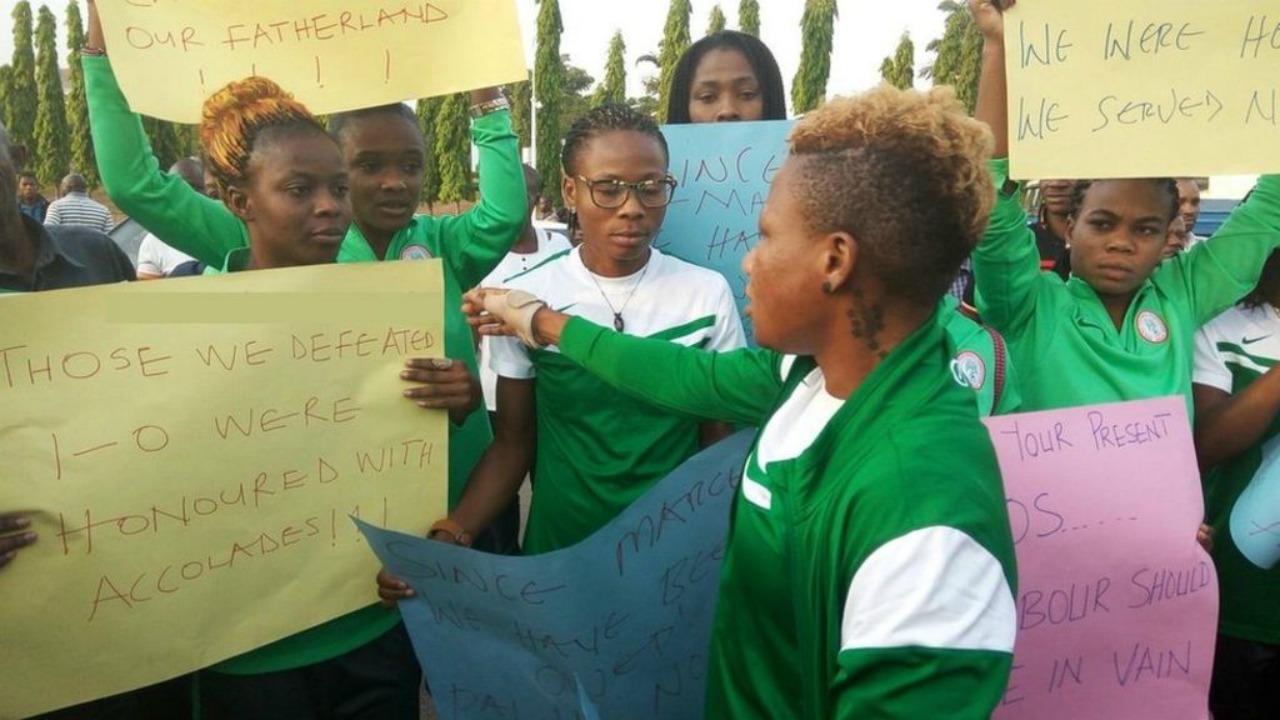 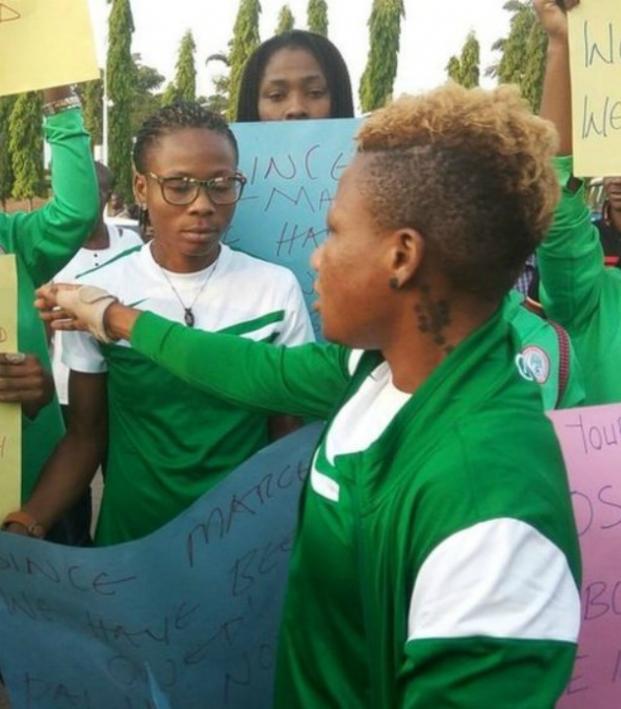 The Fight For Pay In African Women’s Soccer

The 2016 Africa Women Cup of Nations, the biennial tournament contested by the women’s national teams of Africa to decide the continent’s champion, ended on December 3 — the date of the final in Yaounde, Cameroon.

The tournament was won by Nigeria for a record-setting 10th time. The Super Falcons finished the tournament undefeated, scoring 13 goals and only conceding one in five matches. Players like Asisat Oshoala, Desire Oparanozie and Osinachi Ohale were national heroes, and they’d accomplished this all without having ever been paid.

Going into the tournament, they were due $6,500 in qualifying and win bonuses. With this injustice serving as the backdrop to representing their country and the Nigeria Football Federation at the tournament, they still managed to triumph over hosts Cameroon in the final. The win secured them, as promised by the federation, $17,150 per player. This, too, went unpaid, triggering a two-week sit-in protest at a hotel in the Nigerian capital of Abuja.

“This is a fight about the welfare of the team. It’s about the way the team has been handled over the years,” Oshoala told BBC Sport. “We are champions. We went out to fight for the nation even without being paid — not everything is about money but of course it is an issue.”

As well as the players, Super Falcons coach Florence Omagbemi and her staff had only received a month’s salary dating back to March. Omagbemi lost her father just before the start of the tournament but still led her team to the title without being paid.

Players intended on staying in their hotel rooms until they received all their bonuses, totaling $23,650 per player.

“The plan is to stay here until we all receive the money because the moment we leave there will be no opportunity to get it again,” said an anonymous player.

Two weeks later, Nigerian President Muhammadu Buhari ordered the immediate payment of the unpaid bonuses after the Nigerian FA were unable to raise the money.

PAID#Nigeria's women finally end their protest over not being paid for winning the African title two weeks ago. https://t.co/COO2wO64kG

While the Super Eagles have been given what they were owed, the plight of the continent’s champions is mirrored in other nation’s across Africa. Ghana’s national team, who finished third at the tournament, has now followed suit.

'Taking a leaf out of the Super Falcons' book'

Ghana women's team -Black Queens- are demonstrating over failure to pay them $25k bonus each pic.twitter.com/tSDtVLdnWX

A meeting between team representatives and the Ghana Football Association on Wednesday resulted in the suspension of a planned demonstration, with team captain Elizabeth Addo hopeful of a solution.

However, the team visited the Sports Ministry on Thursday morning and left unpaid, resulting in a protest at Ghana’s parliament, the Flagstaff House.

“It’s been the same routine because we have been waiting and waiting and nothing is happening,” said striker Samira Suleman.

Each player on Ghana’s national team is owed $25,000, a total dating back to their victory at the 2015 African Games.