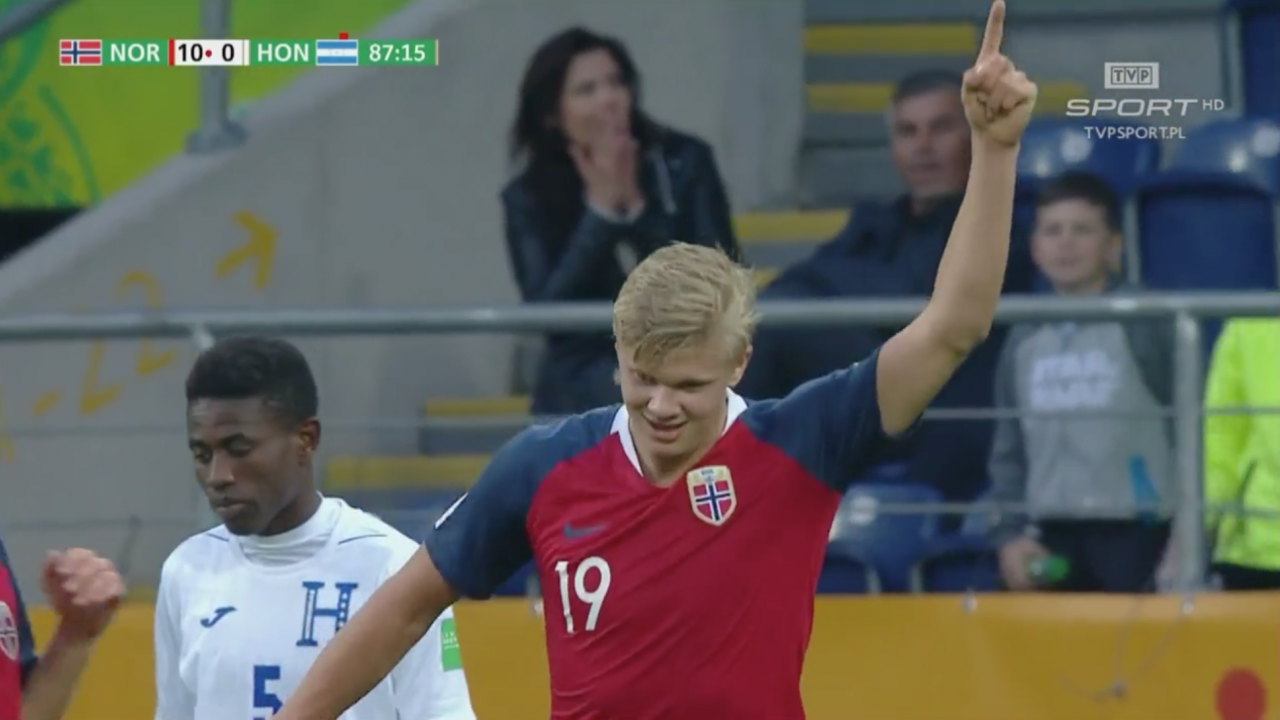 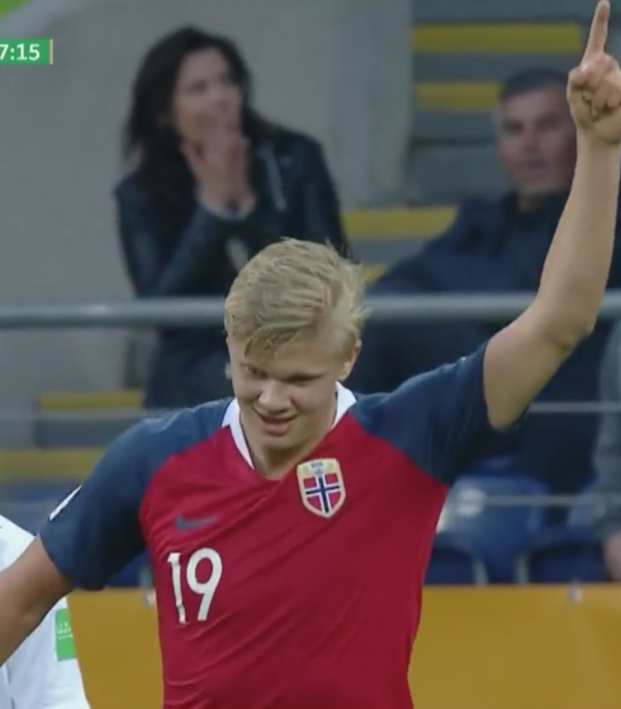 Travis Yoesting May 30, 2019
Erling Braut Håland, son of Alf-Inge Håland, scored nine goals in a 12-0 rout of Honduras in group play at the U-20 World Cup.

Erling Braut Håland is an 18-year-old striker for Red Bull Salzburg. Sparingly used, he netted one goal in 82 minutes over two matches in league play during the 2018-19 campaign.

Son of former Leeds United and Manchester City player Alf-Inge Håland, Erling Braut showed he’s got a bit of his father’s mean streak in him playing for Norway on Thursday at the U-20 World Cup.

Alf-Inge Håland had a bit of a feud with Manchester United bad boy Roy Keane, once getting the combative midfielder sent off for a nasty challenge on Håland’s leg. Håland claimed Keane didn’t dare look him in the eye, though the aforementioned tackle was the beginning of the end of Håland’s career.

Now Erling Braut Håland is starting his career, and based on evidence of his performance against Honduras on Thursday, it could be a prolific one.

Erling Braut Håland scored nine goals — a hat trick of hat tricks! — in a 12-0 win for Norway against Honduras in the final Group C match at the FIFA U-20 World Cup in Poland.

The dominating victory gives Norway a chance to advance to the knockout stages after losing its first two matches to Uruguay (3-1) and New Zealand (2-0). Norway will need Portugal and South Korea to both fail to get points to advance on goal differential as one of the top four third-place teams.

In one day, Erling Braut Håland scored more international goals than his father ever did in 34 appearances for the Lions. Sure, Alf-Inge played defender/midfielder and Thursday’s goals came in a youth competition, but did we mention he scored nine goals!

Erling Braut Håland had himself one of the greatest days in the history of the U-20 World Cup. His one-day total was more than all but two totals for an entire U-20 World Cup. The last time a player scored nine or more goals in a U-20 World Cup tournament was Javier Saviola in 2001. That year he scored a record 11 goals before going on to play for Barcelona and Real Madrid.

Where Erling Braut Håland’s career ends up is unknown at this point, but we’re sure he’ll get more than 82 minutes of playing time next season with Red Bull Salzburg. Håland moved to Salzburg from Molde in Norway after scoring 16 goals in 30 appearances in 2018.

On Thursday, Håland scored his first hat trick by the 36th minute, the third on a penalty kick. He had four by halftime as Norway led 5-0, the last a nice left-footed blast by Håland.

Håland kept shooting in the second half, netting five minutes after the break and completing his second hat trick in the 67th minute. Apparently six goals weren’t enough to clue Honduran defenders in on who to mark, so the Norwegian scored three more goals over the final 13 minutes of the match. But maybe the Hondurans thought Håland would start passing after scoring six or seven.

So, were any of the goals any good? Here are all nine of them, in order.