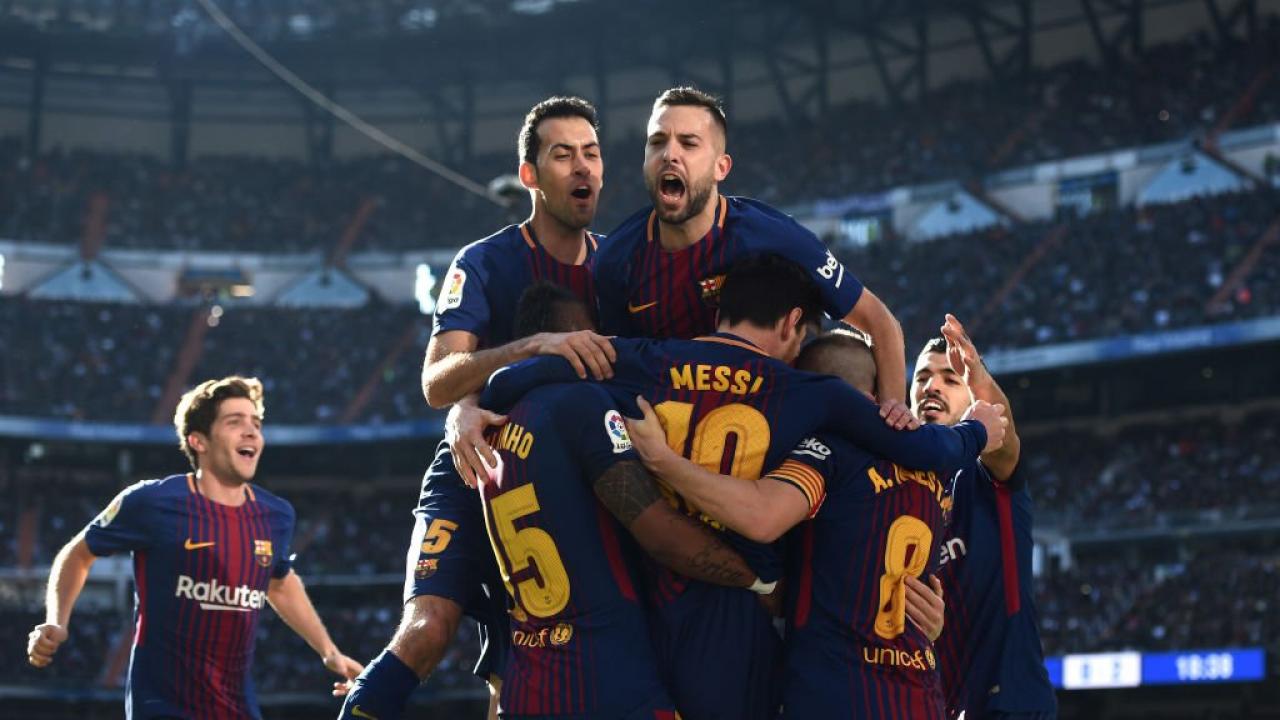 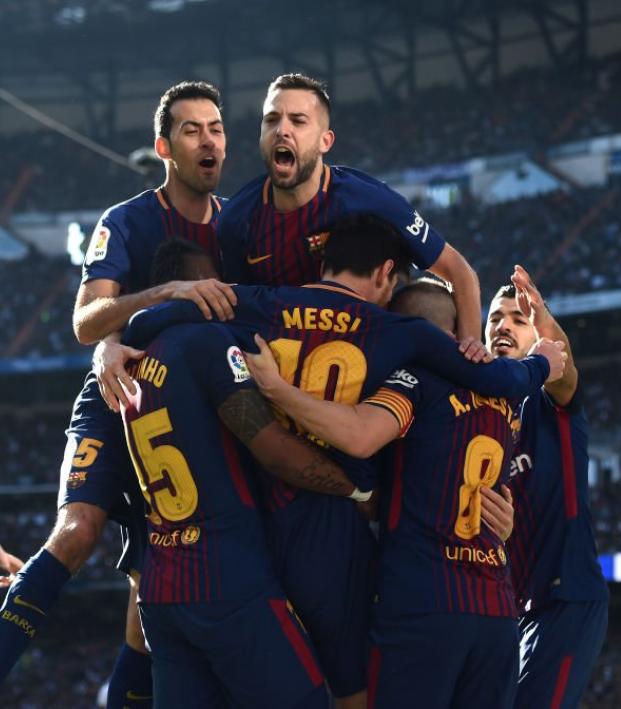 Connor Fleming December 23, 2017
Barcelona opened a 14-point gap over Real Madrid with a 3-0 victory at the home of their greatest rivals.

Barcelona opened up a nine-point gap at the top of La Liga with an astounding 3-0 victory over Real Madrid at the Bernabeu on Saturday. Real now trail the leaders by 14 points, a seemingly insurmountable margin when coupled with what transpired over the final 45 minutes in Madrid.

Luis Suarez opened the scoring in the 54th minute, and the match was effectively over by the 64th when Dani Carvajal was sent off for a deliberate handball in the box, an offense then further punished by Lionel Messi from the spot. Messi then turned provider to set up Aleix Vidal for Barca's third in second half stoppage time.

To be fair to Zinedine Zidane's men, the opening 45 could've been an entirely different story.

The starting eleven for Barcelona was as expected, while Cristiano Ronaldo shrugged off a slight calf complaint to start for Real and Mateo Kovacic was inserted into the midfield at the expense of Isco. Tactically, Zinedine Zidane appeared to have gotten it right as Real came flying out the traps.

Los Blancos had the ball in the back of the net as early as the second minute. Toni Kroos whipped in a superb corner that was easily won by Raphael Varane. The French defender directed his header towards the far post, and Ronaldo was lurking there to send another header beyond Marc-Andre ter Stegen. However, the roar of the Bernabeu was quickly dispelled by the offside flag — the Portuguese attacker had strayed a yard offside.

Real's impressive start continued, and Kroos again was provider when working a bit of space on the left before cutting the ball back for Ronaldo. The 2017 Ballon d'Or winner was unmarked 10 yards out, but he completely whiffed on an oppurtunity you'd expect him to bury.

It wasn't until the 30th minute that Barcelona carved an opportunity of their own. Messi's first real contribution was a brilliantly curled ball over the top of Real's defense, and Paulinho was able to get on the end of it. The Brazilian guided a half-volley on goal, but it was well-saved by Keylor Navas.

Nine minutes later, Messi again found Paulinho, this time with a pinpoint cross. The Brazilian directed a strong header on frame, but it was saved at full-stretch by Navas.

At the other end, Real were inches away from opening the scoring before halftime when Marcelo picked out the run of Karim Benzema with a searching cross. The French forward guided his header toward the far post, but it struck the woodwork before rolling out for a goalkick.

We went to half scoreless but not without our share of action and sumptuous displays of skill.

Real might've held the advantage throughout the first half, but it was Barcelona who opened the scoring nine minutes after the restart. The play began with Busquets deep in his own half. An absurdly cool turn from the holding midfielder allowed him to find Ivan Rakitic with space in the midfield. The Croatian collected the pass and ran at Real's suddenly threatened defense.

He played it wide to Roberto, and he looked up, measured a perfect ball across the box to Suarez and the Uruguayan buried his effort. 1-0 Barcelona.

10 minutes later, it was game over. Another fantastic move from the Blaugrana turned into a frantic piece of action in the box. Suarez hit the post, and a follow-up attempt was wonderfully saved. The bad news for Real? That save was made by Daniel Carvajal. It was a blatant hand ball, and Carvajal was rightly sent off while the referee pointed to the spot. Messi made no mistake from there. 2-0 Barcelona.

Zidane threw on Marco Asensio and Gareth Bale to get something back, but the damage had been done. There were a number of chances going both ways to close out the final 25 minutes of the match, and it ended 3-0 in favor of the league leaders after Messi set up Aleix Vidal in the 93rd minute.