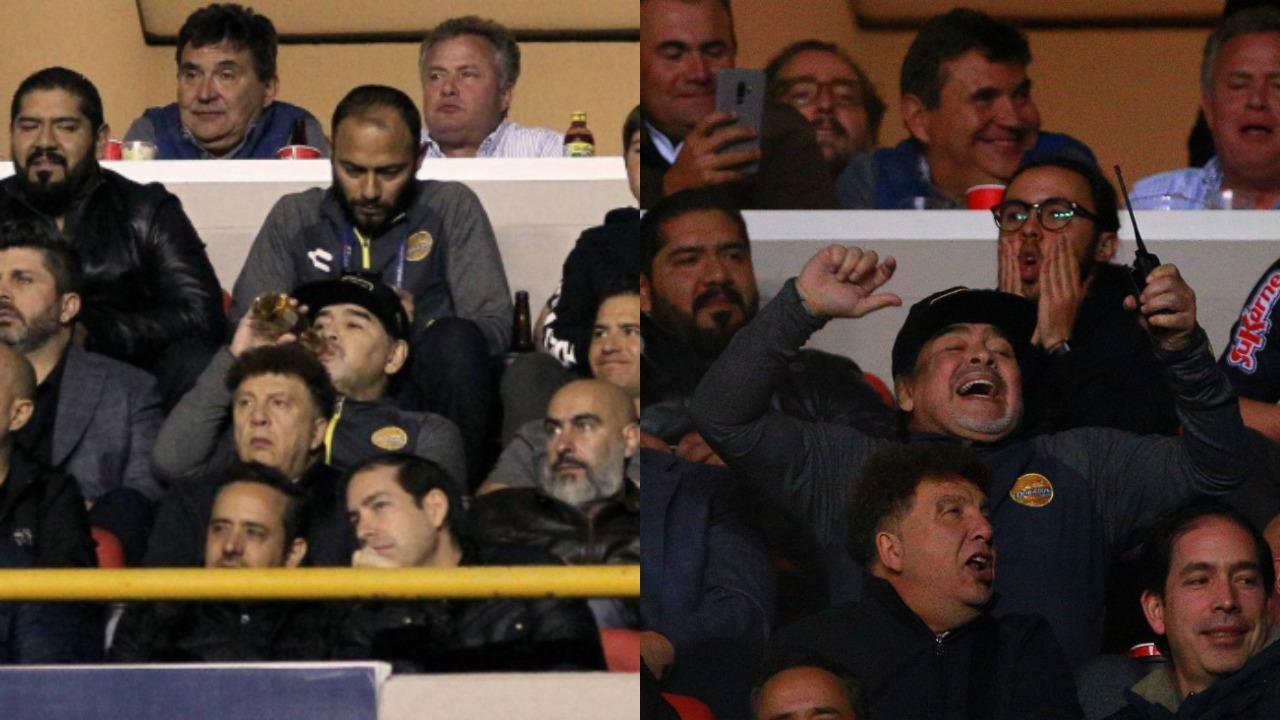 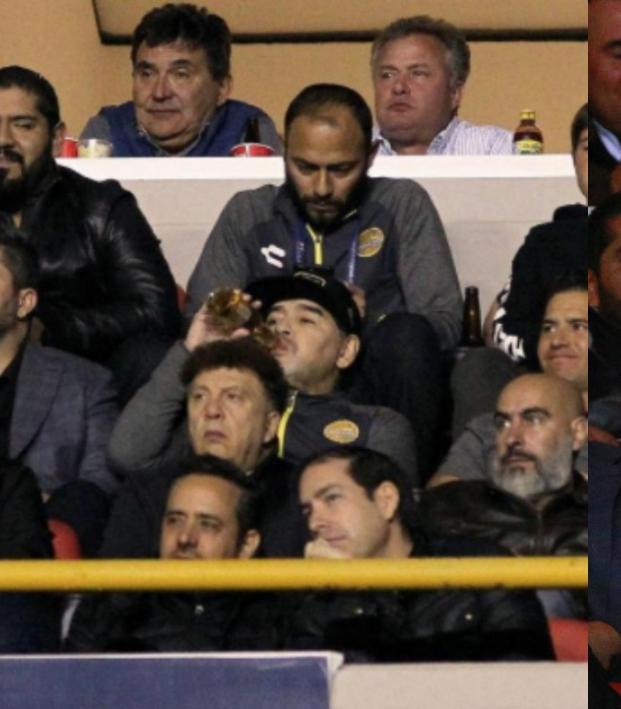 Connor Fleming December 3, 2018
Dorados lost 4-3 on aggregate to Atletico San Luis after extra time, but that didn't stop Maradona from enjoying himself.

Dorados won the first leg 1-0 back on Nov. 29, but Maradona was ultimately sent off during the game for threatening San Luis manager Alfonso Sosa with a clenched fist.

Diego Maradona walks off in style after being sent off in Mexico. pic.twitter.com/1RvvxnwaIP

So Maradona was forced to sit in the stands for the return leg with a walkie talkie. As has been the case all along in Mexico, the 58-year-old Argentine was strictly business.

Here he is slamming a beer during the match, because, as CNN wrote in a puff piece before the final, “Maradona has masterminded a remarkable change in fortunes for Dorados.”

Yes, what a managerial mastermind this guy is.

Diego Maradona with one of the greatest post-match interviews ever. pic.twitter.com/GjwjdyTXOq

The match itself was pretty spectacular. Jorge Cordoba gave Dorados a 2-0 aggregate lead in the 32nd minute, but San Luis’ Nicolas Ibanez cut the deficit to one just before halftime.

Edson Rivera made it 3-1 to Dorados in the 56th, but a furious fightback from San Luis saw the scores level by the 75th minute. The final required extra time, and Leandro Torres’ goal in the 103rd minute ultimately gave the title to San Luis.

After the match, Maradona returned to the spotlight when leaving Estadio Alfonso Lastras. He was confronted by Atlético San Luis supporters chanting derogatory things at him, and he responded by throwing a few punches.

As we previously said, you can doubt Maradona’s methods in Mexico — including drinking beer during the final, answering his phone while appearing to nap during the quarterfinals, sucking down Red Bulls to fight said sleepiness, mumbling and slurring his way through the semifinal post-match interview and taking time to trash Lionel Messi, but you can’t argue with a final record of nine wins, three losses and two draws across all competitions.

Will Maradona return for the Clausura tournament? We have no idea, but we sure hope so.