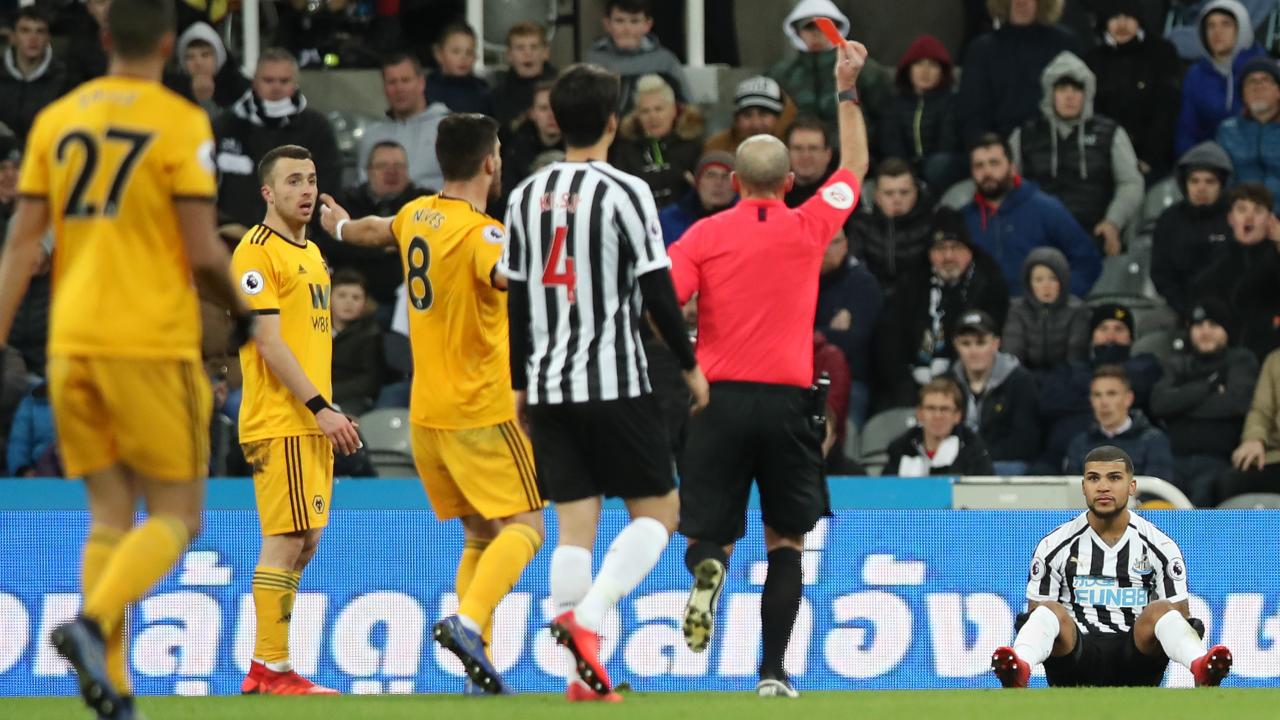 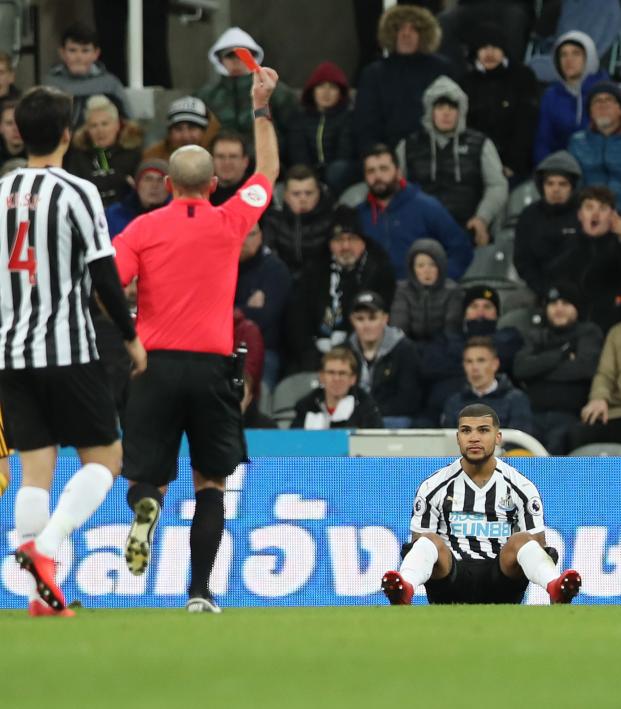 Connor Fleming December 9, 2018
Yedlin was sent off with the score level at 1-1, but Wolves eventually found the winner deep in stoppage time.

Newcastle United wingback DeAndre Yedlin was sent off for the first time in his 73-match Premier League career on Sunday during Newcastle’s crushing 2-1 defeat to Wolves. With the score level at 1-1 in the 57th minute, a terrible touch from the USMNT defender allowed Wolves’ Diogo Jota to charge through on goal, and Yedlin’s tactical foul outside the box resulted in a straight red card as the last defender.

The last sending off of Yedlin’s career took place at the 2016 Copa America, when he was booked twice within the space of a minute against Paraguay.

The opening goal from Wolves arrived in the 17th minute, and it was well created by Helder Costa and finished by Jota. However, the communication between Newcastle defenders Jamaal Lascelles and Yedlin left keeper Martin Dubravka hung out to dry.

But the lead lasted only six minutes. A Newcastle free kick at the edge of the area was spectacularly struck by Salomon Rondon, but his effort crashed off the underside of the crossbar before being scrambled clear.

But Rondon then quickly turned provider, swinging in a cross which Ayoze Perez expertly headed up and over Rui Patricio.

Newcastle stayed well-structured and disciplined after the sending off — what you’d expect from a Rafa Benitez side — but any chance of going after the three points was effectively doomed by Yedlin’s mistake with 33 minutes to play.

Raul Jimenez went close to grabbing all three points for Wolves, but his strike on the counterattack crashed back off the woodwork.

A share of the spoils seemed inevitable, but in the fourth minute of second half stoppage time, Dubravka saved an effort from Jota and Matt Doherty was on hand to head home the rebound.

The win puts Wolves in the top 10. Newcastle remains three points above the relegation zone in 15th, but a seventh league defeat from nine home matches is a worrying trend for the Toon.