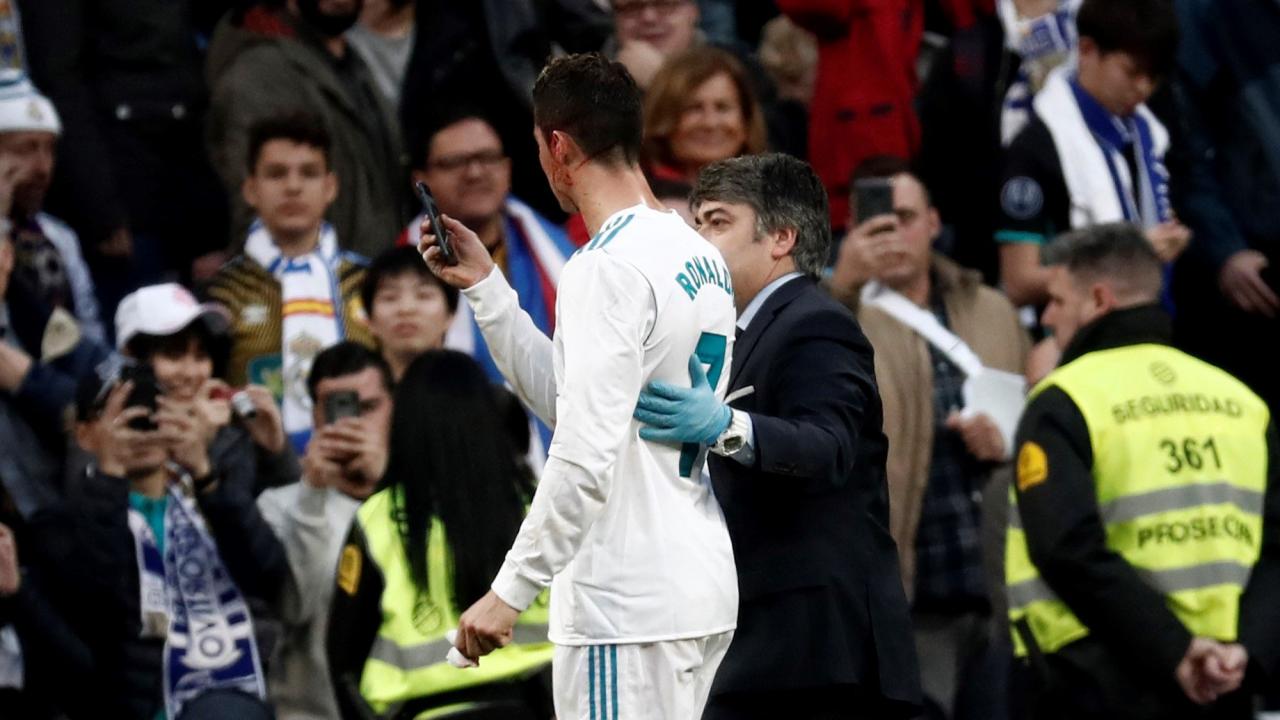 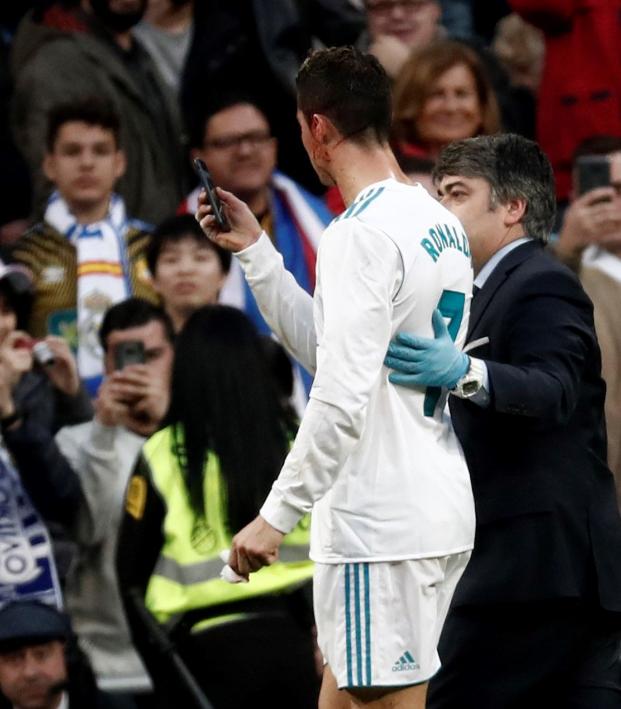 Ronaldo Borrows Phone To Check Out Gory Facial Injury, And So Would You 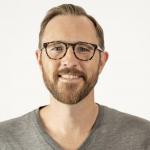 Matt Jenkins January 21, 2018
Ronaldo got kicked in the head and used his doctor's phone to assess the damage. And, of course, the duck-lipped, selfie-taking Internet had a field day.

Walking off the pitch today, face covered in blood after scoring Real Madrid’s sixth goal of the day, Cristiano Ronaldo borrowed his doctor’s phone to check out the damage.

Let’s be honest: this is pretty normal. When’s the last time you had blood streaming down your face like Stephen King’s Carrie and didn’t play a little peekaboo in the mirror to see what was going on?

Sure, maybe he should have waited until he got into the locker room. Knowing his reputation for vanity, Ronaldo would have been smart not to fuel his haters’ fire with yet more evidence that he thinks highly of his own face.

Certainly someone like Roy Keane would not have examined his face then or maybe ever. He probably would have licked the blood from his cheeks and used it as an elixir of power to annihilate his enemies past, present and future. Then again, Roy Keane does not and has never made a good portion of his income from being ridiculously good looking and worthy of a blanket with his face emblazoned upon it. If someone put Roy Keane’s face on a blanket, it would be an itchy blanket of nightmares for its unlucky recipient.

Here’s the goal that led to the rearrangement of CR7’s mug, followed by the moment when he confirmed our suspicions that he cares what is going on in the face-like region above his neck and below his hairline – and in this respect is very much like every human who has ever lived. Except Roy Keane, as we have already established.

Here is the Internet’s collective and expected reaction.

When your team wins 7-1 but your post-match selfies have been ruined.

Mirror, mirror on the phone, am I still the fairest of them all?: asks bloodied Ronaldo https://t.co/Ixbb6Iido4 pic.twitter.com/aILTgWikHP

Gets kicked in the head. Grabs phone to assess damage pic.twitter.com/7hTx8EW80D

Don’t get me wrong. It is fun to make jokes about the vanity of one of the richest and most talented footballers on the planet. The guy casually dates supermodels and has his own line of fancy boots, so I suppose we have to take what we can. But let’s not do it while pretending that we’re so different. If we were, selfie sticks wouldn’t be a very real and horrible thing.

Matt Jenkins jenkins@the18.com  |  @jenkins It's a rare sport that counts its fans in billions. It's an even rarer sport that counts as fans everyone from Prince William to Will Ferrell, Pope Francis to Russell Brand, Sheikh Mansour to Shakira...more