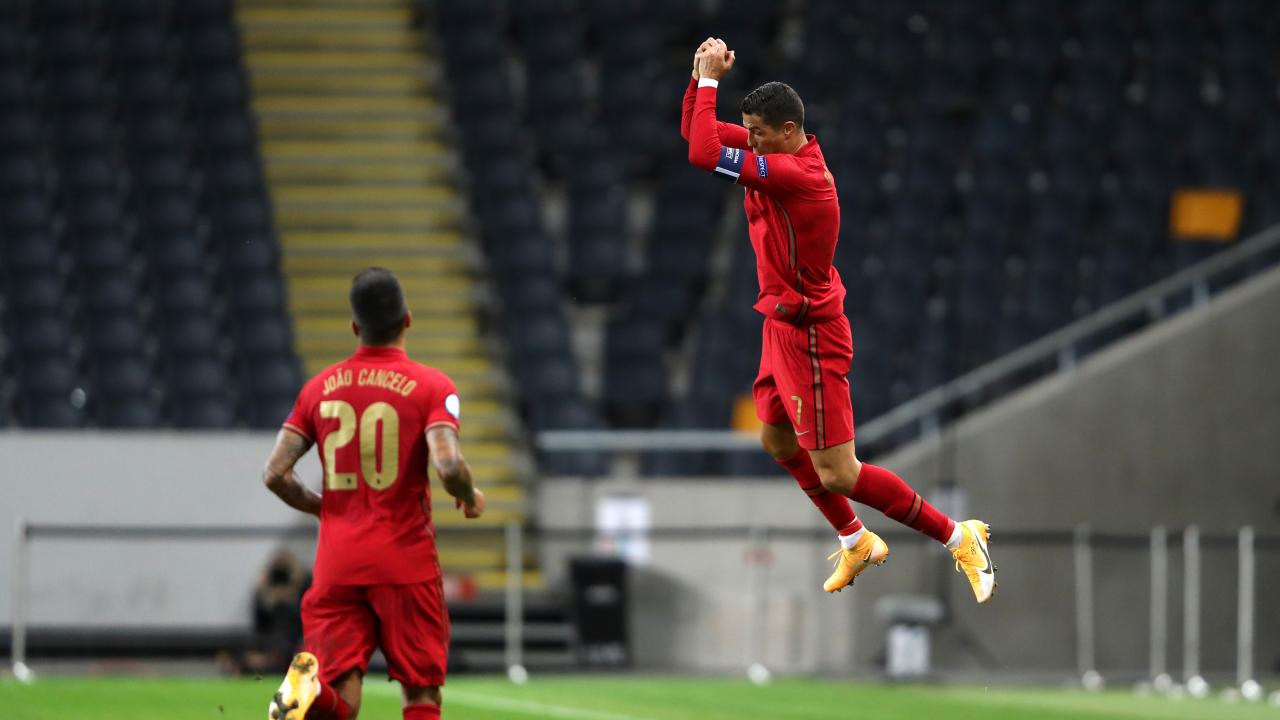 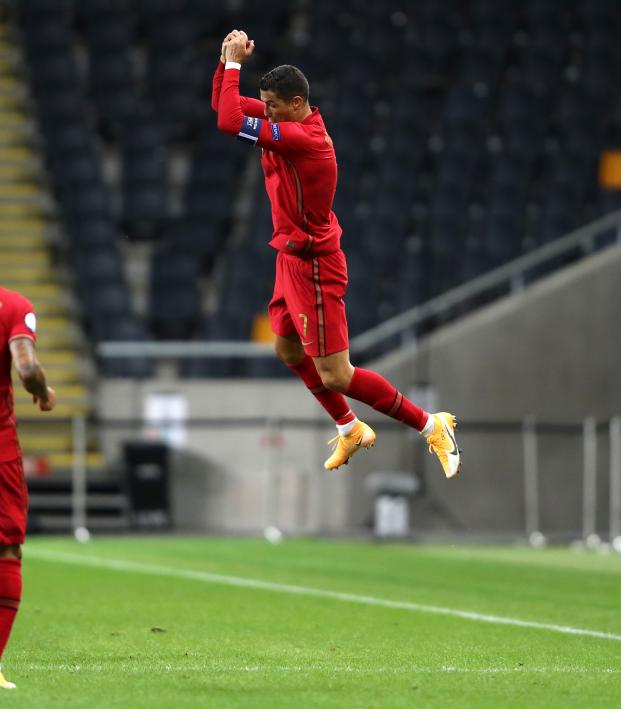 Connor Fleming September 8, 2020
Ronaldo is the second player in history to reach the 100-goal milestone.

After missing Portugal’s 4-1 victory over Croatia on Saturday due to a toe infection caused from a bee sting, Cristiano Ronaldo returned to the starting 11 on Tuesday against Sweden and showed off his newly acquired flying insect superpowers.

Sitting on 99 international goals, Ronaldo buzzed over a free kick in the 45th-minute before unleashing a venomous, right-footed stinger into the top corner.

The curler flew beyond Robin Olsen and Ronaldo celebrated with a guttural “SIIUUUUU!” at an empty Friends Arena in Stockholm.

Ronaldo is only the second men's player to reach the 100-goal milestone. Iran’s Ali Daei has the most international goals all-time with 109 from 149 matches. Ronaldo will almost certainly beat that mark as the 35-year-old plans to play through the 2022 World Cup.

UPDATE: Ronaldo now has 101 goals for Portugal. The Bionic Bee hammered this one in the 72nd minute.