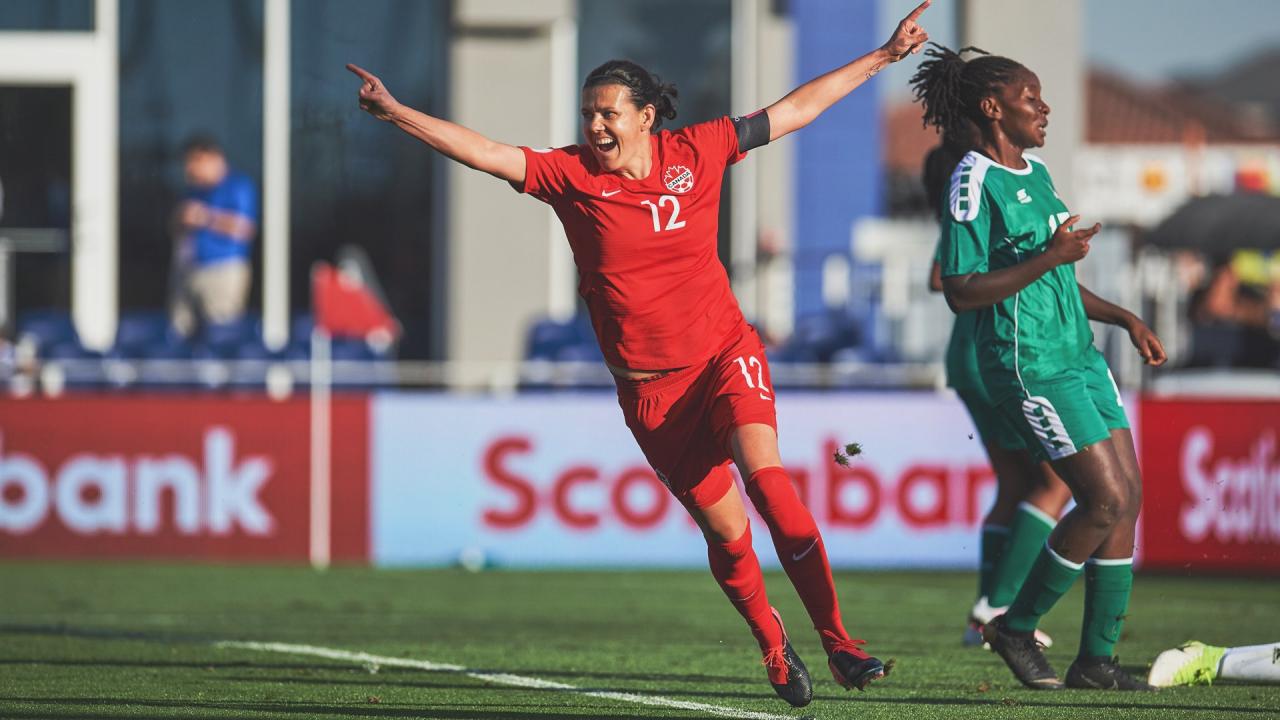 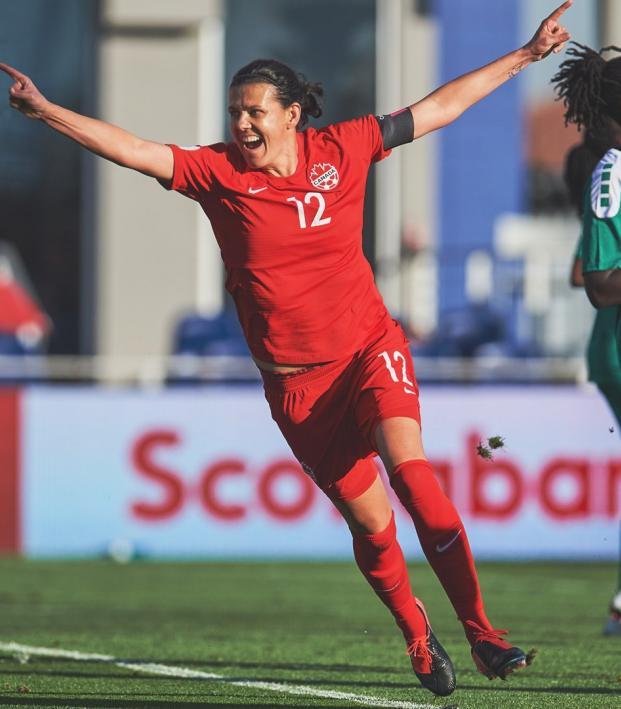 Travis Yoesting January 29, 2020
Christine Sinclair scored her 184th and 185th goals in the first half of Canada’s opening Olympic qualifier.

Canada’s Christine Sinclair has passed USA’s Abby Wambach as the soccer player with the most international goals in the history of the sport. Sinclair now has 185 goals in 290 appearances.

Sinclair scored twice in the first half against Saint Kitts and Nevis in the Concacaf Women’s Olympic Qualifying Championship on Wednesday in Edinburg, Texas, equaling and then passing Wambach’s record.

You're now looking at football's top international goalscorer of ALL TIME.

Give it up for @CanadaSoccerEN legend, @sincy12.  pic.twitter.com/pu8Z3gwzlK

Less than seven years later, Sinclair has surpassed that mark, with Wambach sending a classy message of congratulations.

Mia Hamm – who grew up playing when professional women’s soccer didn’t even exist – achieved the record for most international goals scored in the world. She was my mentor, my friend – she was the leader of our Pack. In June 2013, I scored the goal to pass my hero’s record. For the six and a half years that I’ve held the world record for most goals scored – by man or woman – I’ve been grateful-to-the-bones for the path the Pack before me tread so that I could spend my life playing the game I love. I’ve tried to live and play in a way honoring that legacy and privilege, so that little girls coming up after us will accomplish things we’ve only dreamed of. So, as a girl who grew up dreaming of winning Olympic gold for my country before women’s soccer was even an Olympic sport, tonight I am celebrating. Tonight, I am celebrating the honor of passing that record, that legacy of our beautiful game, to the great Christine Sinclair: world-record holder for most international goals – man or woman – in history. Christine: History is made. Your victory is our victory. We celebrate with you. To every girl coming up in the Pack with a dream to do something that doesn’t yet even exist: We believe in you to accomplish what we can’t even yet imagine. Your Pack is with you. And history awaits you. @c_sinc12

Wonderful stuff from a player who battled it out with Sinclair many times on the pitch. Hamm also added her congratulations.

Simply amazing! Congratulations, Christine on becoming the All-Time International goals leader. You continue to carry yourself and the game to new heights. Thank you. https://t.co/7eTwVAoZGB

The Canadian talisman entered Olympic qualifying with 183 goals. It took her less than seven minutes to reach 184, converting a penalty kick early on against an overmatched Saint Kitts and Nevis.

Sinclair broke the record in the 23rd minute. Floating into the box unmarked, The Portland Thorns striker had enough time and composure to take a touch before slotting home the fourth goal of the match.

Goal @CanadaSoccerEN ! 185 career goals by @sincy12!  History is being made here in #CWOQ | #WeBelong pic.twitter.com/onEdighIKT

We riot if Kadeisha Buchanan isn't nominated for an Oscar. pic.twitter.com/2ZdmogLIiq

“Congratulations to Christine for this incredible achievement; it is an amazing feat and she deserves all the credit and accolades she will rightly receive,” Concacaf President Victor Montagliani said. “To play elite international football for 20 years at the very top level — in multiple World Cups, Olympic Games and Concacaf Women’s Championships — is remarkable in itself. To have scored an all-time international record goal haul, and to still be going strong, is truly outstanding. Christine’s achievements have made her an icon in Canada. She transcends the sport and is a wonderful role model for people across the country. I hope she continues leading the line for the national team and scoring goals, and I thank her for the enormous contribution she has made to the sport in Canada, the Concacaf region and across the world.”

“Those crazy dreams you have as a kid… Sometimes they come true.”

Canada led 7-0 at halftime, with Jayde Riviere (not Sophie Schmidt) scoring the pick of the bunch with this long-range rocket.

41': What a goal! Sophie Schmidt smashes a long distance goal to increase the lead to 6-0! | @CanadaSoccerEN  #CWOQ #WeBelong pic.twitter.com/oSt8dbA6hf

The match ended 11-0, giving Canada a big boost in goal difference in Olympic qualifying. The top two teams in each group advance to the semifinals, with the two semifinal winners clinching a berth to the Tokyo Olympics this summer.

Admittedly, Saint Kitts and Nevis isn’t the strongest competition, but no one’s taking Alex Morgan’s goals against Thailand in the Women’s World Cup away from her.