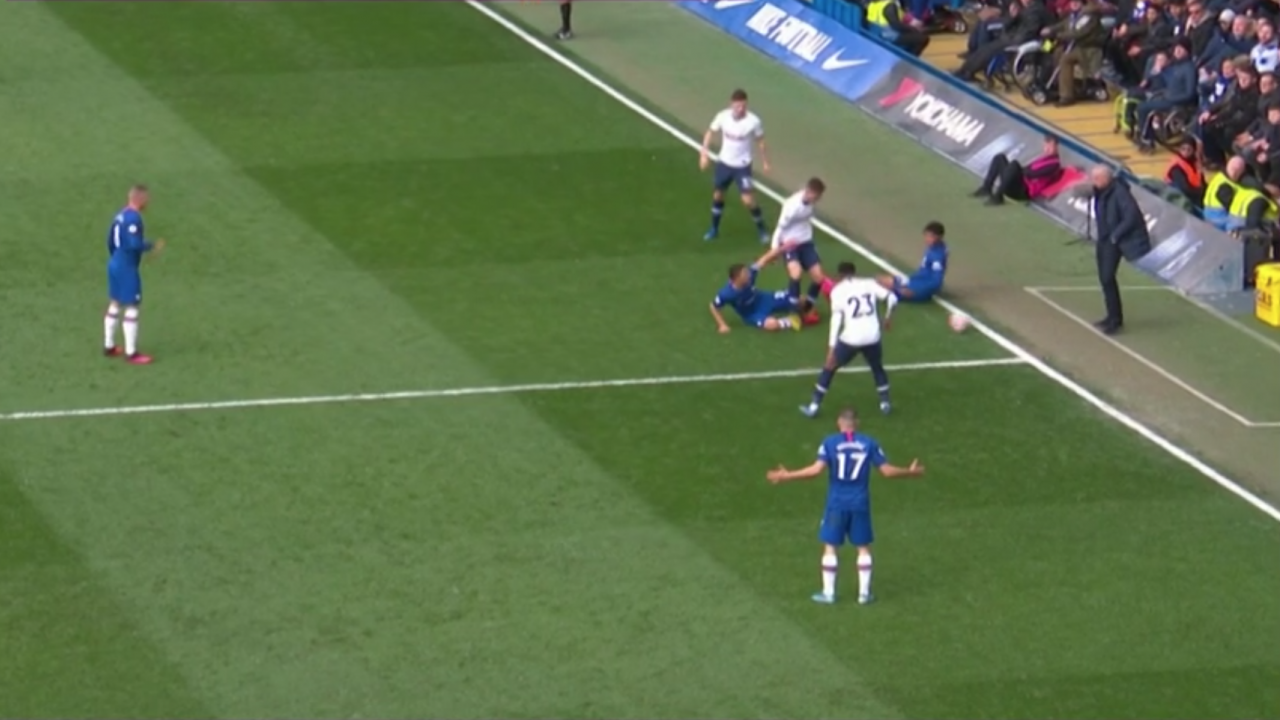 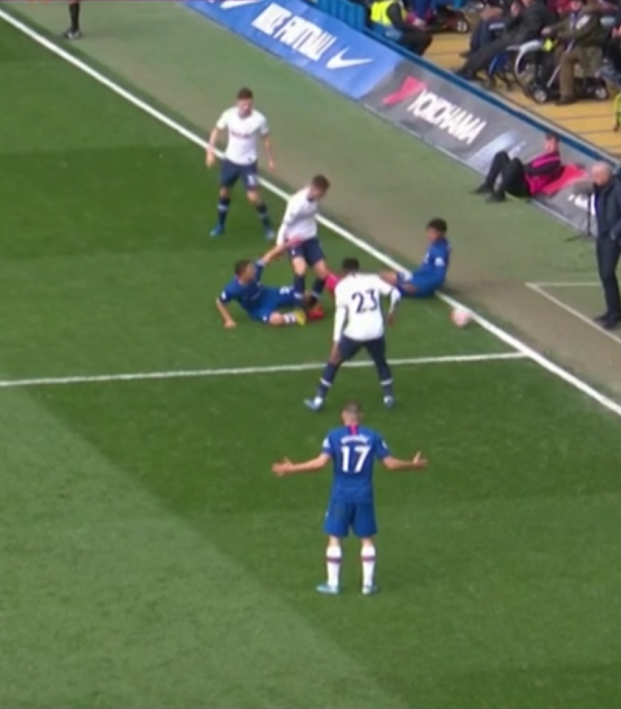 VAR In Premier League: No Red; 20 Minutes Later: Sorry, It Was A Red After All

Travis Yoesting February 22, 2020
All you can do is laugh at the incompetence of Premier League referees.

In just about every major sport in the world, video replay has been installed with little fuss. Sure, it takes a little longer than some would prefer, but with video replay it’s generally accepted the correct calls are made.

Except soccer in England.

Ever since the VAR was installed in the English Premier League, it’s been clear the league is not ready for this sort of power. For various reasons, the league’s officials have refused to use the technology correctly. Instead of banding together to do what matters most — get the damn calls right — the referees have created a sort of cabal to protect each other, using the VAR to hide responsibility while refusing to overturn even the most obvious of calls.

Premier League VAR failures reached a nadir Saturday when, for the second time in a week, Chelsea was on the raw end of a baffling VAR decision. On Monday, Harry Maguire avoided all punishment for kicking Michy Batshuayi in the penis; he later scored in a 2-0 win. And yet the VAR managed to fuck it up even worse on Saturday as Chelsea welcomed Tottenham to Stamford Bridge.

Early in the second half, Giovani Lo Celso clearly stomped on the leg of César Azpilicueta, a player who is not known to embellish. At first look you could be forgiven for thinking it may have been accidental, but the more you watch from various angles, the more you become convinced the Argentine lashed out in anger and intentionally caused harm.

After review, Lo Celso isn't sent off for this harsh challenge on Azpilicueta. pic.twitter.com/icK2RZ6YVJ

The referee, Michael Oliver, whistled for a foul, but before play could resume — Azpilicueta needed treatment for his badly bruised shin — the VAR said it would take a look. Now anyone who took a look at that replay with any knowledge of the rules would agree it was a red-card offense. If Oliver had taken a look at the VAR monitor a few feet away, he would’ve seen it was a clear red-card offense.

But the VAR said “play on.”

This decision went against everything in the laws and spirit of the game. It’s one thing for a VAR to say there was no intent in Maguire’s kick on the Batsman’s Robin; it’s another entirely to ignore a clear and obvious stomp. It doesn’t help that Premier League officials simply refuse to use the pitch-side monitors to help themselves make the calls, instead relying on the hidden VAR elsewhere in London, in this case David Coote.

But that wasn’t even the worst part, if it’s possible. About 20 minutes after the VAR ruled no red card, the league came out and reversed the decision, telling BT Sport there was a human error and Lo Celso should have been sent off. A mistake was also admitted in not having Oliver check the pitch-side monitor, something that’s been emphasized recently. Alas, no change could be made to the call on the field and Lo Celso finished out the match, even picking up a yellow card in the 81st minute.

VAR has come out and said, the challenge by Lo Celso on Azpiliceuta SHOULD have been a red card  https://t.co/vLcX47PEM2 pic.twitter.com/w0ly6y2GbK

What a feckless bunch of twats the English Premier League referees are, waiting until everyone calls them out for making a shit call before coming out to say they were wrong. How any of these folks still have jobs is astonishing, but then again they live in a country full of idiots who voted for Brexit and even bigger idiots who let it happen.

Officiating top-level soccer is incredibly difficult. That’s why there’s a VAR and pitch-side monitors to help refs make the most important decisions. Every other sport and league has figured out how to make it work, but those in England remain in the Dark Ages.

The only good thing about the refereeing tomfoolery on Saturday was that Chelsea still won the match 2-1, something that can’t be said about Monday’s 2-0 defeat to United.

One can only hope these repeated fuckups from the league’s officials spark change. Considering previous outrage has resulted in words and not actions, there’s not much hope for major reform before the end of the season.

Fortunately for Chelsea, they get to go play in the Champions League next, welcoming Bayern Munich and UEFA officials to Stamford Bridge on Tuesday. You can rest assured those refs won’t fuck over Chelsea for a third straight match.