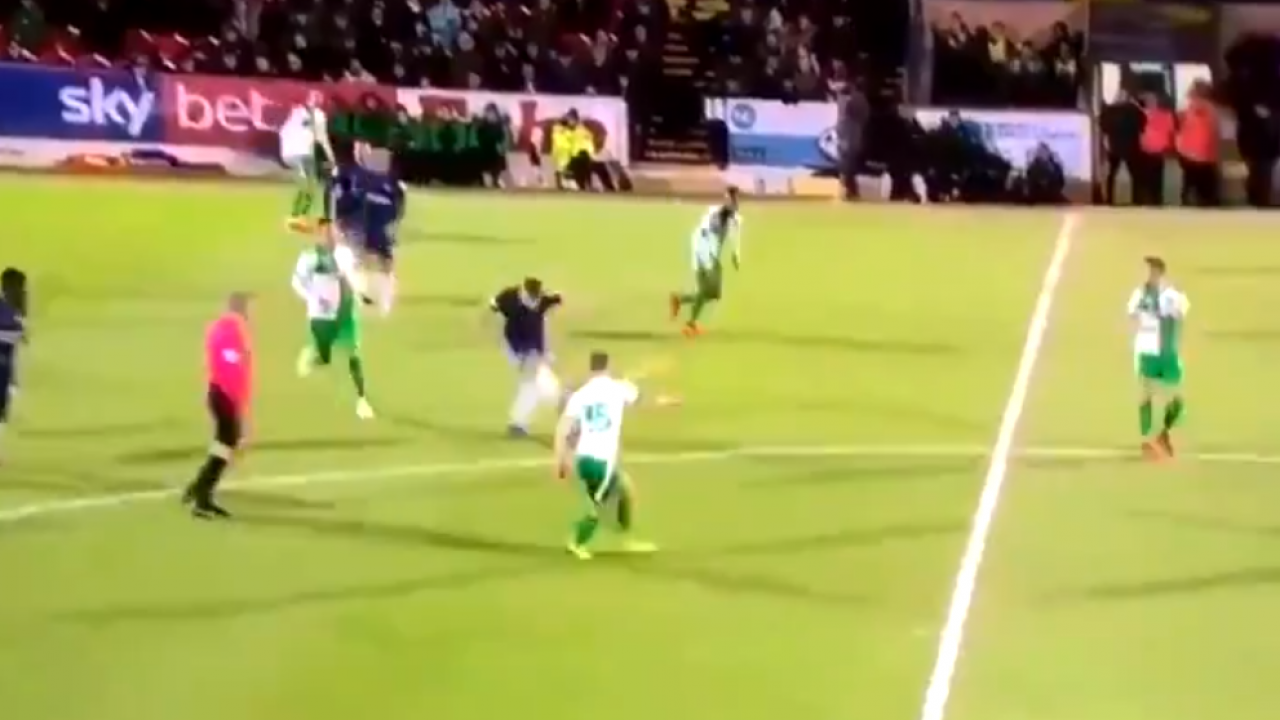 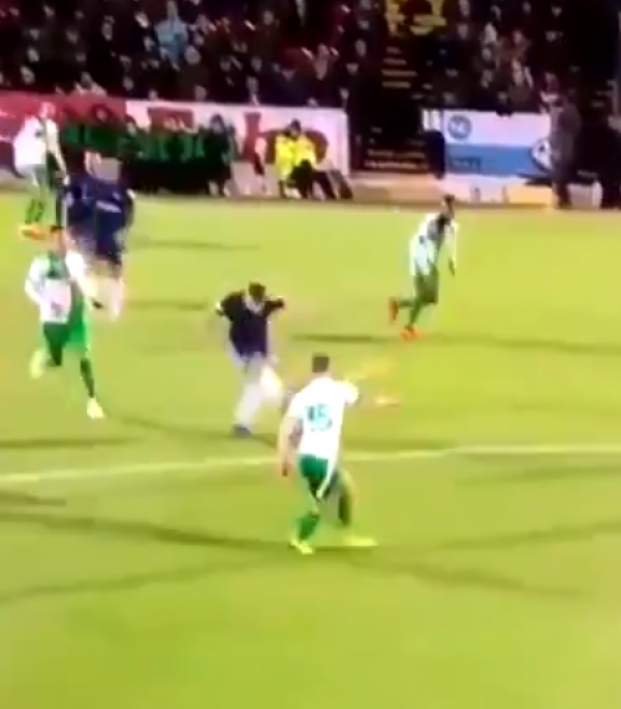 Charlie Kelman may only be on the radar of the most ardent of USMNT supporters, but that may change after Saturday.

The 17-year-old forward has been called up for the U.S. U-18 squad and is currently playing for Southend United in England’s third division. Kelman marked his first appearance with the senior side with one of the best goals in all of England on Saturday (though not all of the UK).

Kelman, 17, began drawing interest from Premier League clubs West Ham, Bournemouth and Brighton after scoring an absurd 61 goals at youth levels in the 2017-18 season, including seven in one match.

Now getting a chance with the Shrimpers’ senior squad, currently 12th in League One, Kelman is showing he can score anywhere.

And we do mean anywhere.

Late in Southend’s match with Plymouth Argyle on Saturday, with Kelman having come off the bench to make his senior debut, the teenager unleashed a ridiculous banger from inside his own half.

Charlie Kelman won the ball near the midfield line and immediately ripped a shot more than 60 yards past Plymouth keeper Kyle Letheren. This was no simple lob.

Take a bow Charlie Kelman. The US U-18 forward with a spectacular goal in League One for Southend United pic.twitter.com/Lk34jNsa2e

Apologies for the crappy video, but this is the third division in England, so we’ll take what we can get from Charlie Kelman, who was understandably stoked after the match.

Thank you to all the staff @SUFCRootsHall and @SUFCYouth for believing in me and giving me this opportunity at such a young age I couldn’t be more grateful I won’t stop here and @DruYearwood 50 appearances congrats !

The goal came in the 92nd minute of a 3-2 defeat for Southend. After the match, Southend manager Chris Powell talked about Kelman’s goal, calling it the lone positive memory from the defeat.

And the fans have certainly taken notice.

I’ve witnessed many things in 23 years of supporting Southend, but watching a youth team player score from the halfway line when senior pros around him couldn’t give a crap, is a beautiful new one. Well done Charlie Kelman.

Charlie Kelman is from Wickford, England, but spent six years in the U.S. growing up with his American father, hence his USMNT eligibility. He received his first call-up in June for a training camp in Kansas City.

Here's a look at what Kelman has done at the youth level, though the highlights from England are worse quality than what you'd see from a junior high American football team in the United States. His move at 0:35 is the pick of the bunch.

A little snippet for @SUFCRootsHall fans of what Charlie Kelman is all about following his worldie first league goal today!#SUFC #Blues #SOUPLY pic.twitter.com/l1DAAddb0m

If he keeps scoring like this, expect some more USMNT call-ups in Kelman's future.