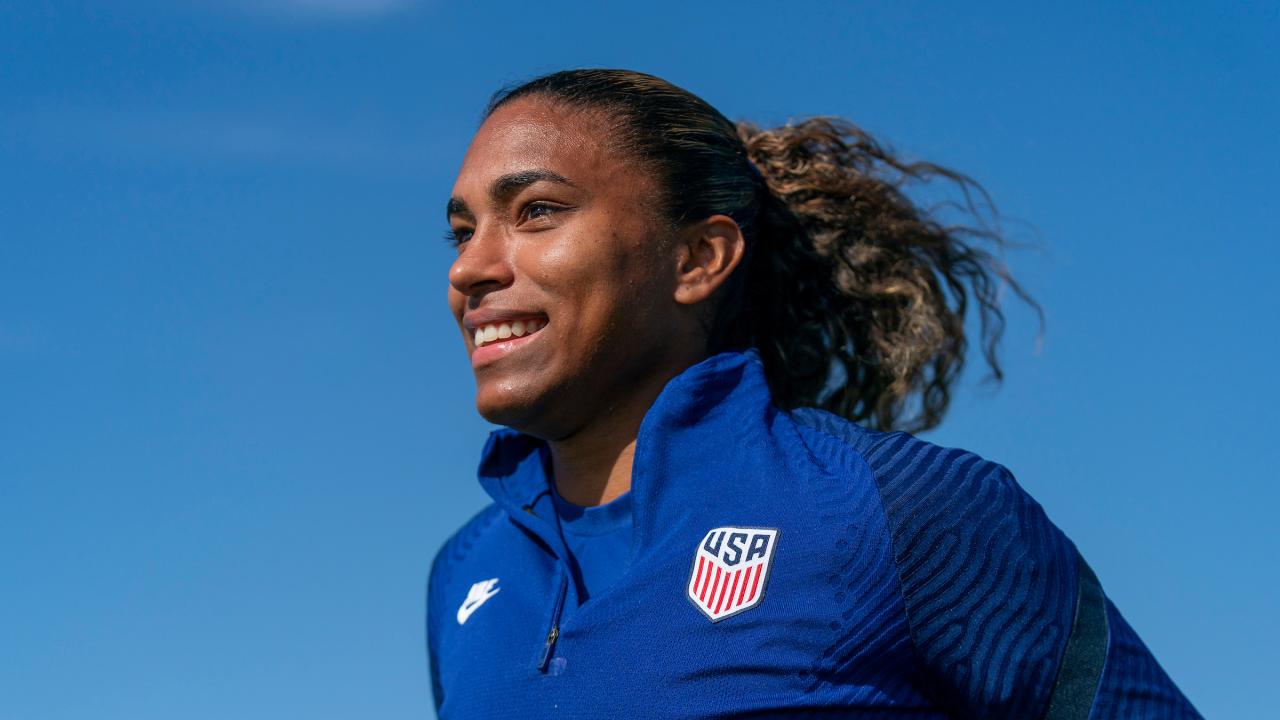 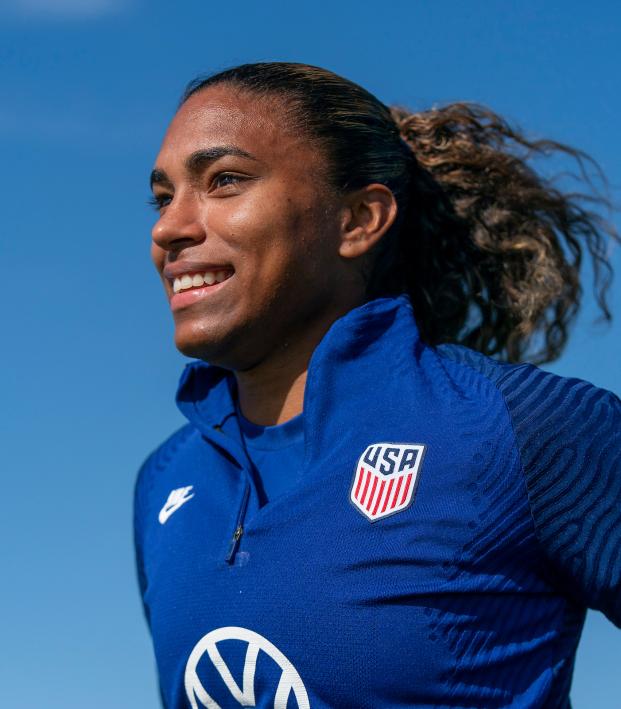 One of the most exciting prospects in women’s soccer history is now eligible to play internationally for the United States. FIFA approved Catarina Macario’s switch to represent the USWNT, and she could play for her adopted country as soon as Monday.

@catarinamacario has been approved by FIFA to represent the U.S. Women’s National Team in international competition.

Macario, 21, was born in Brazil but moved with her family to California at the age of 12. After making a name for herself at the youth level, she starred for three seasons at Stanford, winning two national championships and two Hermann Trophies as college soccer’s best player. Last week she announced her intentions to forgo her senior season to go pro and on Tuesday she signed her first professional contract with Lyon, Europe’s best club.

“I want to thank everyone at U.S. Soccer, past and present, for the opportunity and I sincerely appreciate the literal years of work that went into getting this done,” Macario said in a statement. “Now that I’m approved to play, it’s up to me to show the coaches I deserve to be on rosters and get playing time. Nothing is guaranteed, and everything needs to be earned, so it’s up to me to get my fitness to the level needed and keep learning every day. Just to be in the position is a dream come true and I’ll never take any of it for granted.”

Macario could have gone pro earlier but wanted to earn her degree from Stanford in part to show FIFA she didn’t come to the U.S. just for soccer. She became a U.S. citizen in October and will soon graduate from Stanford with a degree in communications and a minor in psychology.

FIFA rules state a player must live in his or her new country for five straight years after turning 18 to become eligible to represent the new country internationally. Macario turned 18 on Oct. 4, 2017. However, she was successfully able to convince FIFA she didn’t move to the U.S. for footballing reasons and thus was given approval to represent the greatest international soccer team of all time.

Macario became just the third player to earn a FIFA-approved switch to represent the USWNT, following in the footsteps of Sydney Leroux (Canada) and Sofia Huerta (Mexico).

While few (if any) teams have more depth than the USWNT, such is Macario’s talent that this is a huge get for Vlakto Andonovski. A midfielder, Macario racked up 63 goals and 47 assists in 68 games for the Cardinal. While she might not necessarily immediately slot into the USWNT’s first-team midfield ahead of the likes of Sam Mewis, Julie Ertz, Rose Lavelle and Lindsey Horan, she is likely to be a huge part of the U.S. setup for the next decade. There’s a reason she was called into the last two USWNT camps despite not being eligible at the time.

Our first chance to see Macario play for the senior USWNT will be Jan. 18 and Jan. 22, when Team USA has friendlies scheduled against Colombia. (Those matches will be on FS1 and ESPN2, respectively.) After that, the U.S. will host the 2021 SheBelieves Cup against Canada, Brazil and Japan from Feb. 18-24.

For those (like us) who have been following her career for years, we’re excited to see what Catarina Macario can do for the best team in the world.