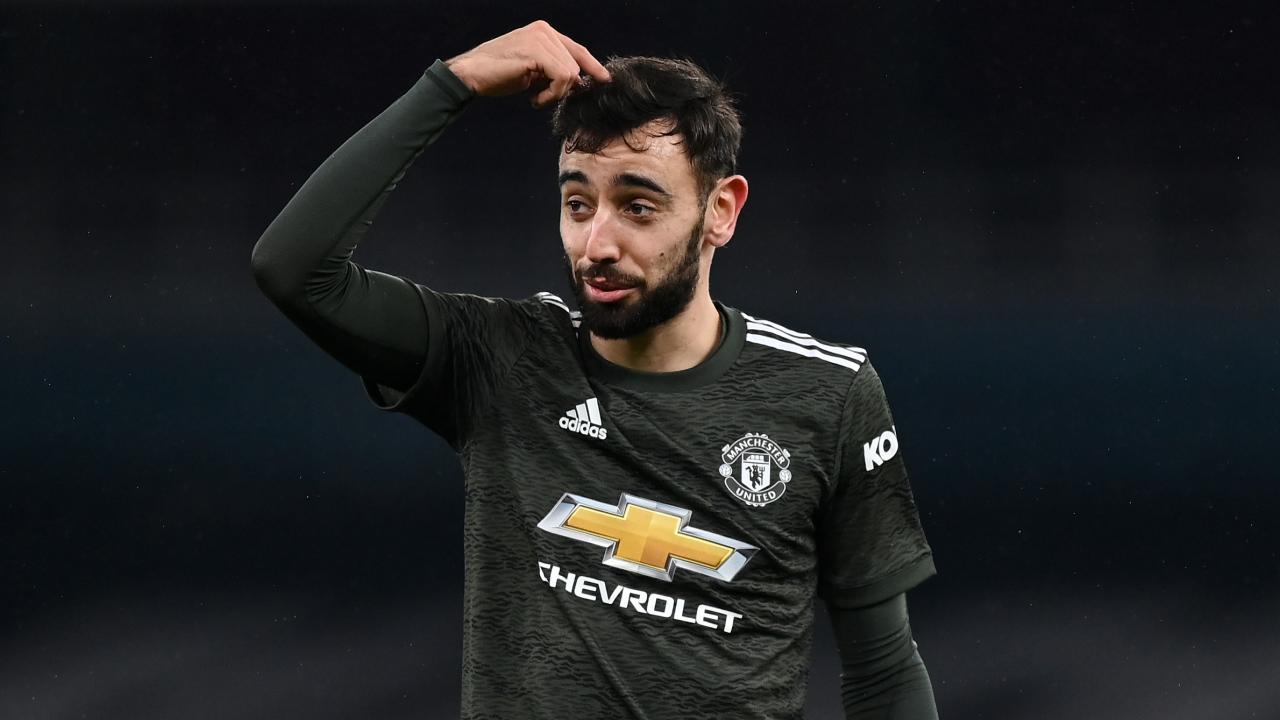 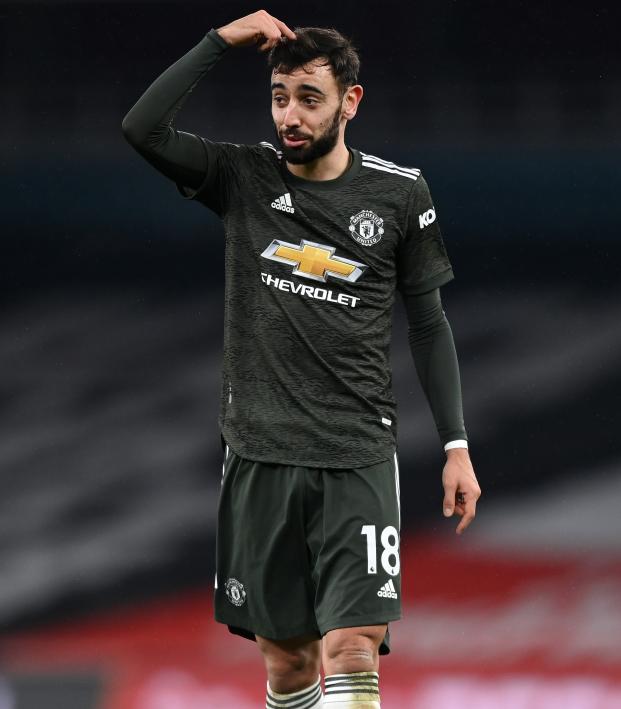 Bruno Fernandes joined Manchester United from Sporting Lisbon a year ago Friday. In that time, he’s become the Red Devils’ most important player, scoring and assisting at an incredible rate. This season alone, he’s supplied 16 goals and 10 assists in 31 appearances.

But he was lucky to avoid all punishment for a bad challenge on Granit Xhaka on Saturday. Had the roles been reversed, few doubt the result would have been a red card for the Arsenal man.

Manchester United and Arsenal played to a frenetic 0-0 draw at the Emirates on Saturday, a fair result on the balance of play. Both sides had incredible chances they failed to convert, including a couple Edinson Cavani efforts scuffed wide and a Alexandre Lacazette free kick that caromed off the crossbar as David de Gea could only watch.

The draw means Manchester City is three points ahead of its crosstown rival with a game in hand atop the Premier League table. But it could’ve been worse for Ole Gunner Solskjær’s men.

Early in the match, Fernandes was upset that Cédric Soares’ arm caught him as the two went up for a header; Cédric was shown a yellow. Fernandes wasn’t shown yellow for a challenge on Cédric before committing a foul that somehow escaped all punishment from both the referee and the VAR.

Fernandes came in late on Xhaka, scraping his studs across the Arsenal midfielder’s leg

Internet referees on Twitter and Reddit immediately said it should’ve been a red. The VAR did have a look but didn’t deem it worthy of a red card. (The VAR can’t intervene for a yellow card.)

Bruno Fernandes unpunished for this ‘tackle’ on Granit Xhaka during the first-half. #afc pic.twitter.com/WhxCZkFrCV

If Xhaka rolled around a few times after that Bruno Fernandes challenge, Bruno would be off.#ARSMUN

The tackle on Xhaka by Bruno Fernandes, if it was the other way round, Bruno will still be on the floor & VAR will squeeze the camera angle to the best possible position to justify the Red card to be issued to Xhaka. #ARSMUN

If the Bruno Fernandes challenge on Xhaka was reversed it would’ve been a straight red card. Apparently VAR had a look and said play on, absolute joke. It really is: VAR Man Utd

'It's a nasty one really and he's lucky to get away with it.'

Paul Scholes has criticised Bruno Fernandes for his challenge on Granit Xhaka in the first halfhttps://t.co/NoQxNoVy3b

Should Fernandes have been sent off?

It seems the consensus online was that if Xhaka had done the same to Fernandes, he’d have been sent off. Then again, everyone always thinks Manchester United is favored by the refs (probably because they get more penalties than any other team).

Unlike in Real Madrid’s match earlier in the day, the referee and VAR were not willing to hand out a red card so early and United finished the match with 11 men (though Harry Maguire seemingly tried to get sent off). When VAR exists, you can’t really complain too much about officiating decisions, even if they are still English officials.