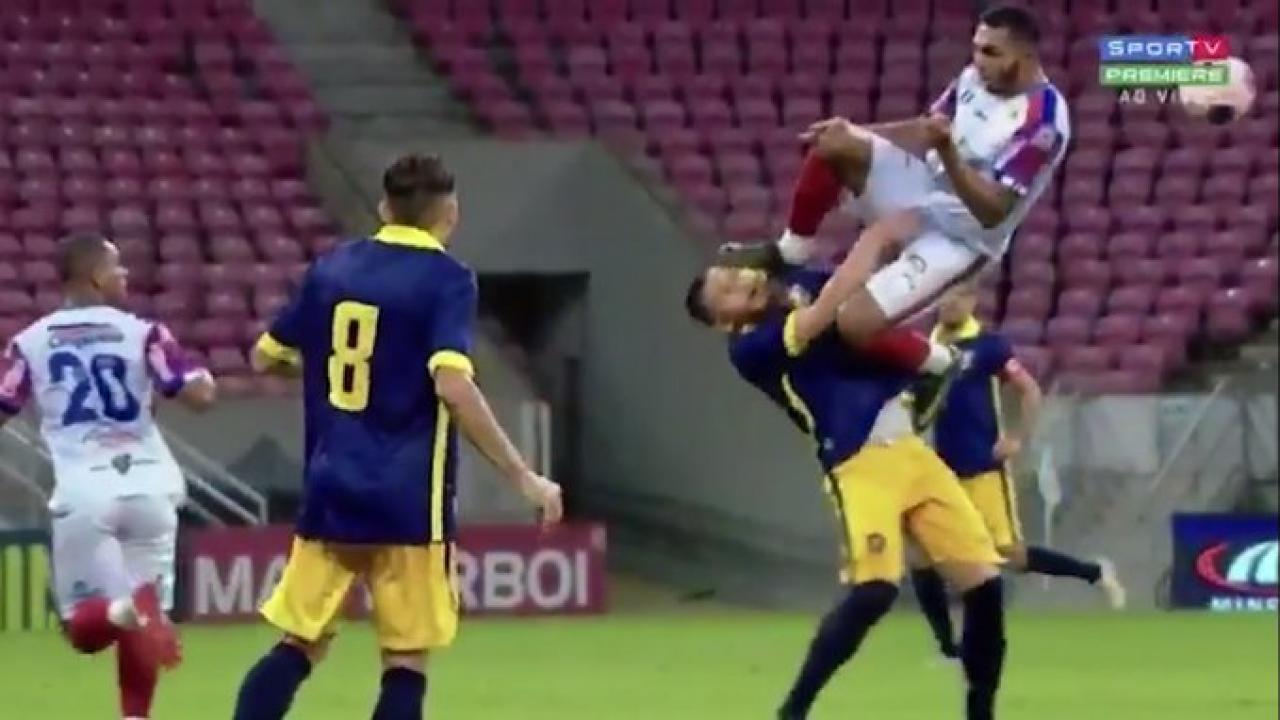 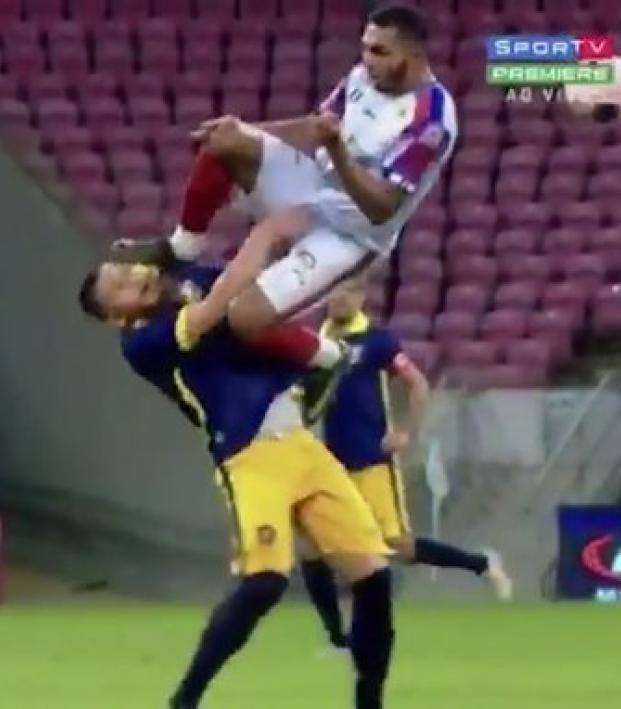 Connor Fleming July 27, 2020
Poetic justice: Like De Jong, he was only given a yellow card.

It should’ve been a straight red — even referee Howard Webb admitted as much later — but it takes some cojones to effectively end the World Cup final after only 28 minutes.

The Brazilian Campeonato Pernambucano, while home to legendary club Sport Recife, is not a similar spectacle. I don’t know why the referee of a recent match between Afogados and Retrô pulled a Webb and only gave Junior Juazeiro a yellow for this De Jong-esque challenge, but hopefully he was consistent with any Showtime Kicks later in the match.

There’s something almost WWE about the way he kicks, plants and then performs an immaculate double jump.