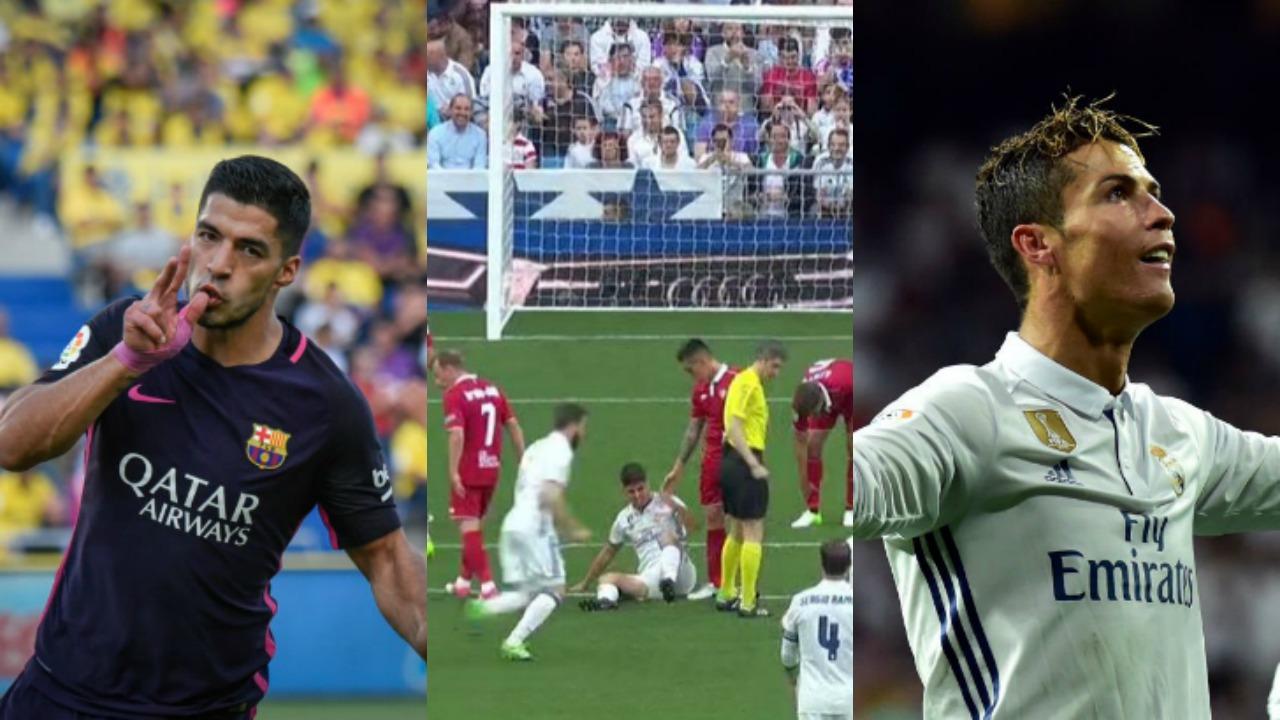 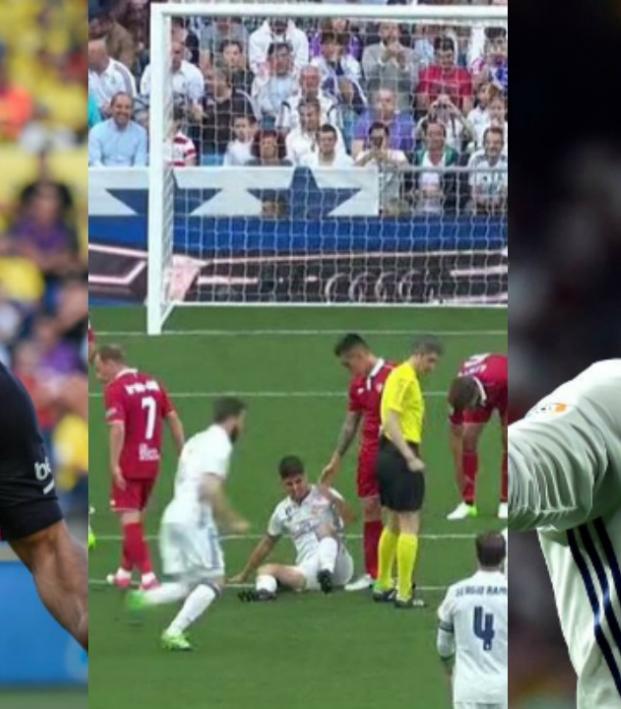 Great Goals From Suarez, Ronaldo And Nacho Prove It's The Smallest Of Margins In La Liga

La Liga took another step towards the finish line with Barcelona swatting aside Las Palmas, 4-1, and Real Madrid dispatching fourth-placed Sevilla 4-1 at the Bernabeu on Sunday.

The result saw Barcelona stay atop the La Liga table on head-to-head record, but Real Madrid maintain their vital game in hand. Barcelona’s final match is on Sunday against Eibar, while all eyes will be on Real Madrid in Galicia on Wednesday when they travel to play Celta Vigo before finishing away to Malaga.

Barca have been in exceptional form since their El Clasico victory, and the goals have been flowing for Lionel Messi, Neymar and Luis Suarez since that encounter. Barcelona’s victory over Las Palmas included a fine match-winner from Luis Suarez in the 27th minute.

While Barca will maintain hope of a Real Madrid slip before Sunday evening, the truth is that it’s extremely hard to foresee that happening. Trips to Celta and Malaga represent their own unique challenges for Los Blancos, but their were no good omens for Barca fans in Sunday’s victory over Sevilla.

Ronaldo is at his brilliant best, scoring two goals in the victory, including this hammer of an effort to effectively seal the three points for Real in the 78th minute.

But it was Nacho’s opening goal for Real that should frustrate Barcelona fans the most. It had all the hallmarks of a team that’s not going throw anything away — they know how to win football matches. The longer it took for Real to register the first goal, the more difficult it was going to be for the home side.

Nacho made sure that the edgy atmosphere inside the Bernabeu never arrived with this bit of quick thinking.

Three brilliant goals, for three entirely different reasons. It's going down to the very end, but the end is probably approaching too quickly for both Barcelona and for neutrals who simply love the quality that these two clubs put on display every week.