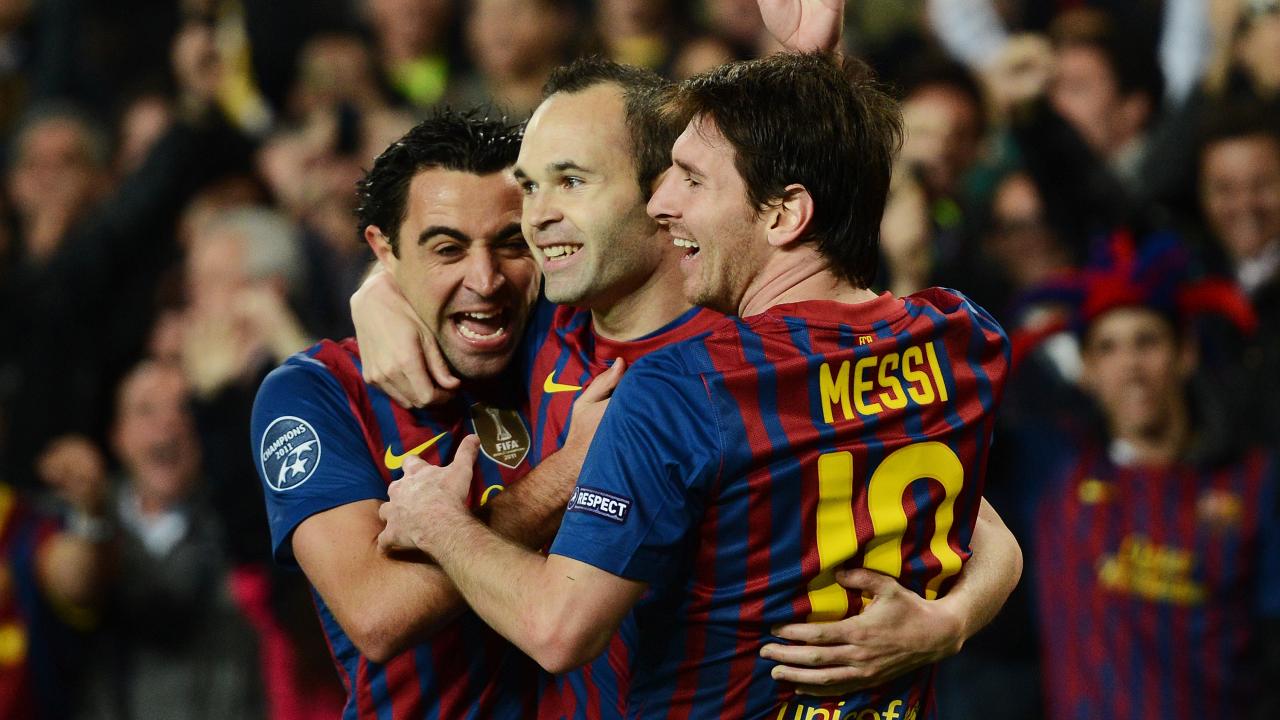 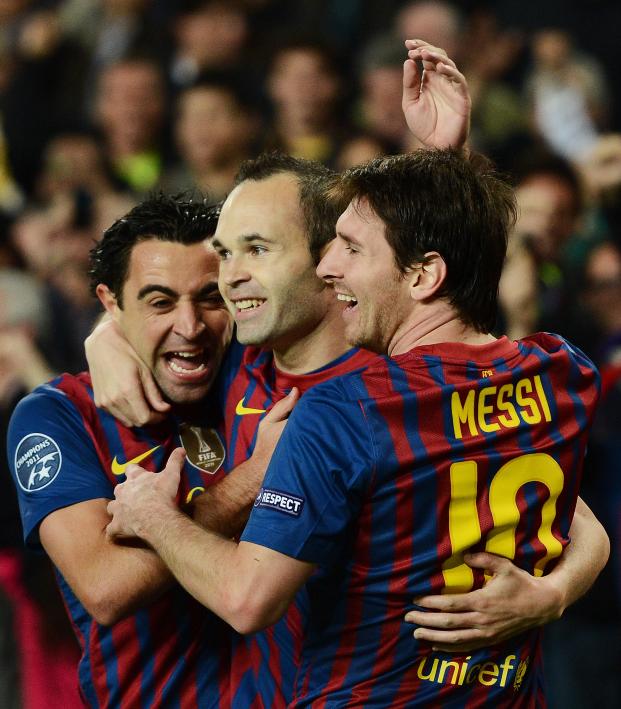 Connor Fleming September 1, 2020
The only way forward is to go so far back (probably third-place) that people forget the insane privilege of the last 15 years.

In the wake of Barcelona’s humiliating 8-2 defeat to Bayern Munich, club president Josep Maria Bartomeu spoke of “a disaster” that necessitated “some decisions” because “this isn’t the Barça that we believe in.”

Some of those dominoes have already begun to fall with Arthur Melo swapping places with Miralem Pjanić, Ivan Rakitić returning to Sevilla after six seasons at the Camp Nou and Luis Suárez, Arturo Vidal and Samuel Umtiti on the receiving end of Ronald Koeman’s one-minute phone calls.

The end times have come with varying degrees of rancor. Arthur went AWOL in Brazil. Suárez tweeted in support of Lionel Messi’s potential departure. Vidal expressed his displeasure at the audacity of Barcelona’s will to exist.

“Barcelona have to change their way of thinking,” Vidal told fellow mohawk Daniel Habif on YouTube. “Football has evolved a lot, the DNA is being left behind, other teams are improving in other ways. Football is now more physical, it’s about more strength and speed, and technique sometimes becomes less important.”

I’ve been chewing on this thought since Vidal upchucked it, like a baby bird in the rafters of the old La Masia farmhouse that’s just been fed by momma Andean Condor.

At surface level, Vidal is simply coming from a place of deep hurt. This is a 33-year-old who’s essentially football’s version of Captain Ahab chasing after his Old Big-Eared Moby Dick.

His Champions League experience is a twisted web of losing to old friends, of always being in the wrong place at the wrong time. Vidal has said that he would “give everything … give (his) life” to win it all, but his life as a professional is drawing to a close without ever lifting it.

But there’s more to unpack in what Vidal says, particularly about the way in which Barcelona views itself.

The Chilean has always been an outsider — a sort of cat amongst the pigeons — at the club. When he was signed in 2018, manager Ernesto Valverde and director of football Eric Abidal spoke of how Vidal gave the team both characteristics and qualities that no one else in the squad possessed.

At a school hellbent on manipulating the pitch, Vidal worked in opposition. Instead of finding pockets of space, the Chilean — the cometierra — ate them up. And rather unfairly, Vidal’s high-energy approach and earnestness for a fight saw him billed as something of a water-carrier despite his obvious qualities.

The water-carrier — who was once begrudged in Brazil and France as a sickening development in the modern game — is now being championed as a Footballer of the Year and shortlisted for the Ballon d’Or, but it’s a role that’s never been fully embraced in Catalonia, where the regista and players further forward are more concerned with dictating the tempo rather than steering the opponent’s build-up in a manic counter-press.

“If Arturo Vidal was a Catalan of slight build named Jordi or Sergi and didn’t have a mohawk and tattoos, he’d be a lore more appreciated at Barça,” Sid Lowe once wrote, and it’s easy to see his point when the outcry at the club is so frequently a call for the facsimile of what’s come before — the next Xavi! The next Iniesta! The next Puyol!

But Barcelona hasn’t been kind to it’s own DNA of late, with Sergio Gómez and Mateu Morey at Borussia Dortmund, Xavi Simons at PSG, Takefusa Kubo at Real Madrid and Juan Larios, Adrián Bernabé and Eric García at Manchester City.

Much has been written about the club’s inability to blood young talent over the last few years while relying heavily on the slowly diminishing qualities of players like Gerard Piqué, Sergio Busquets and Jordi Alba, but there’s also a sense — given the drift away from self-produced talent, the exits so far and the financial troubles even before the pandemic — that the club could now double down on the “Barça DNA” approach.

There’s no question that “més que un club” has devolved into little more than a marketing ploy in practice — a self-satisfied “Welcome home!” tweet rather than a top-down cantera approach — but it still resonates deeply with culés that would prefer a team of 11 La Masia graduates rather than the eventuality of victory achieved via the means of Manchester City.

Is this an outdated line of thinking? Vidal’s idea of football being more physical and more about strength and speed isn’t a new one. It’s an idea that Brazil has been wrestling with since the defeat of the 1982 World Cup team. It’s an idea that Barcelona itself has faced, most poignantly when the “Dream Team” was disassembled following the incredible 4-0 defeat to Milan in the 1994 Champions League final.

There was an image that did the rounds following the defeat to Bayern that showcased this fact in the most visceral way. It showed the incredible physique of players like Robert Lewandowski, Leon Goretzka, Alphonso Davies and David Alaba — hell, even Philippe Coutinho has been transformed in Bavaria — alongside the wafer-thin bodies of Piqué, Busquets and Alba.

If you handed a dumbbell to a Barcelona player, they’d try to tiki-taka it in a rondo.

But twenty-twenty hindsight allows us to draw these conclusions. There’s obviously still an argument for DNA. After all, it was only last year that Ajax found itself seconds away from the UCL final with flyweights like Frenkie de Jong, Donny van de Beek and Hakim Ziyech showcasing an attacking fluidity built off short passing combinations.

What’s obvious is that Barcelona's royally messed up the prime years of Messi’s career.

“Barcelona has to change a lot of things,” Vidal said. “A team that I think is the best in the world can’t have 13 professional players and the rest be youngsters. Every team has 23 players to fight for a place, to grow and get better every day. When they don’t advance, when you think that with your DNA you can always win, you’re very mistaken.”

Neymar’s departure has led to a series of the worst transfers in the history of the game. There’s been an inability to find the right sort of mezzalas — the two in the midfield three (once Iniesta and Xavi) that play in front of the holding player — with a succession of players that supposedly have the Barça DNA but then prove incapable of playing with any sort of incision or verticality (Arthur, Coutinho, etc.).

And it’s worth remembering that Vidal is in many ways just mirroring what Messi said after LaLiga was lost following a home defeat to Osasuna: "All season we have been a very weak team, beaten for intensity, for motivation, people can score against us very easy, we lost many points where we shouldn’t lose them. This game has just summed up how our season has been.”

“That generation will never be repeated but what follows does not have to necessarily be worse in terms of how the club fares. It will never be same but it doesn’t have to be worse,” Iniesta told The Guardian. “There have been all sorts of eras in the club’s history: Young players used to get a chance in the first team when results were bad and they had to turn to the youth team. That happened in my era.”

Without Messi and without the airtight midfield and defense that Real Madrid could turn to following the departure of Cristiano Ronaldo, results will be historically bad (keeping in mind that Barcelona finished the 2019-20 season with its lowest point total since 2007).

The only positive that Messi’s departure could bring — like when the exits of Ronaldinho, Deco and Samuel Eto'o brought an end to an era at Barcelona — is the relief of a new perspective bordering on indifference.

It will no longer be Champions League title or bust. There won’t be the cacophony of noise that accompanies the need to surround Messi with any willing and able Galácticos. There will be minutes for Ansu Fati, Francisco Trincão, Riqui Puig and Oriol Busquets.

It’ll be a lot worse and hurt a lot more than almost anything seen during Messi’s 16 years in the senior shirt, but when the grass is cut, the snakes will show.