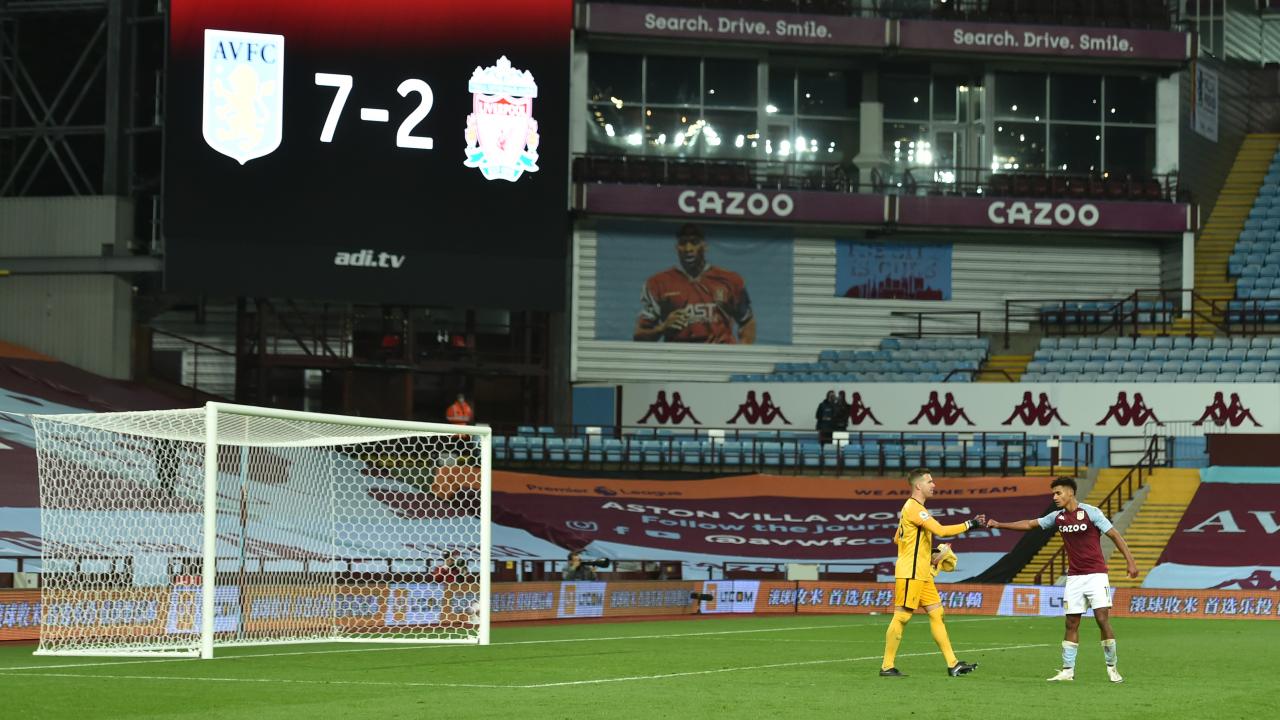 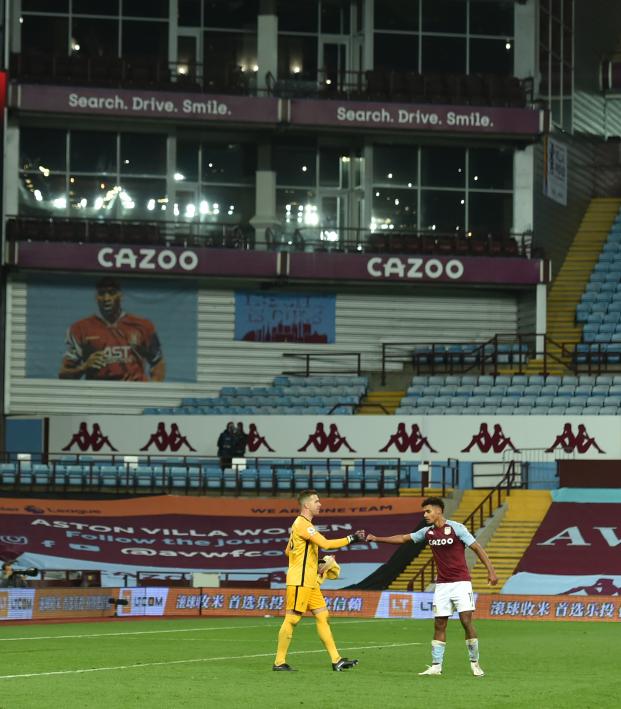 Reuters October 4, 2020
It’s been the wildest Sunday ever.

A sensational first-half hat-trick from Ollie Watkins helped Aston Villa to a stunning 7-2 victory over Liverpool in the Premier League on Sunday to end the champions' 100% start to the season in extraordinary fashion.

Liverpool started badly at Villa Park as a poor pass from Adrian — deputizing for Alisson in goal for the visitors after the Brazilian picked up a shoulder injury — gifted Watkins the opener in the fourth minute.

Mistake at the back for Liverpool and Villa are 1-nil up! #MyPLMorning pic.twitter.com/0Gx6BApQ1T

If there was an element of good fortunate about Watkins' first goal in a Villa shirt, his second was all his own fine work as he cut inside before firing into the top corner to stun the champions and make it 2-0 in the 22nd minute.

And just like that, the champions are back in it!

Watkins completed his hat-trick inside 39 minutes, with former Everton midfielder Ross Barkley — making his debut after joining Villa on loan — making it five, 10 minutes into the second half.

VILLA IS 4-1 UP ON LIVERPOOL BEFORE THE HALF! pic.twitter.com/2bmc8soKSx

Salah did give Liverpool hope on the hour mark, before a late double from Grealish completed a remarkable victory for the team who just avoided relegation last season.

This game is WILD.