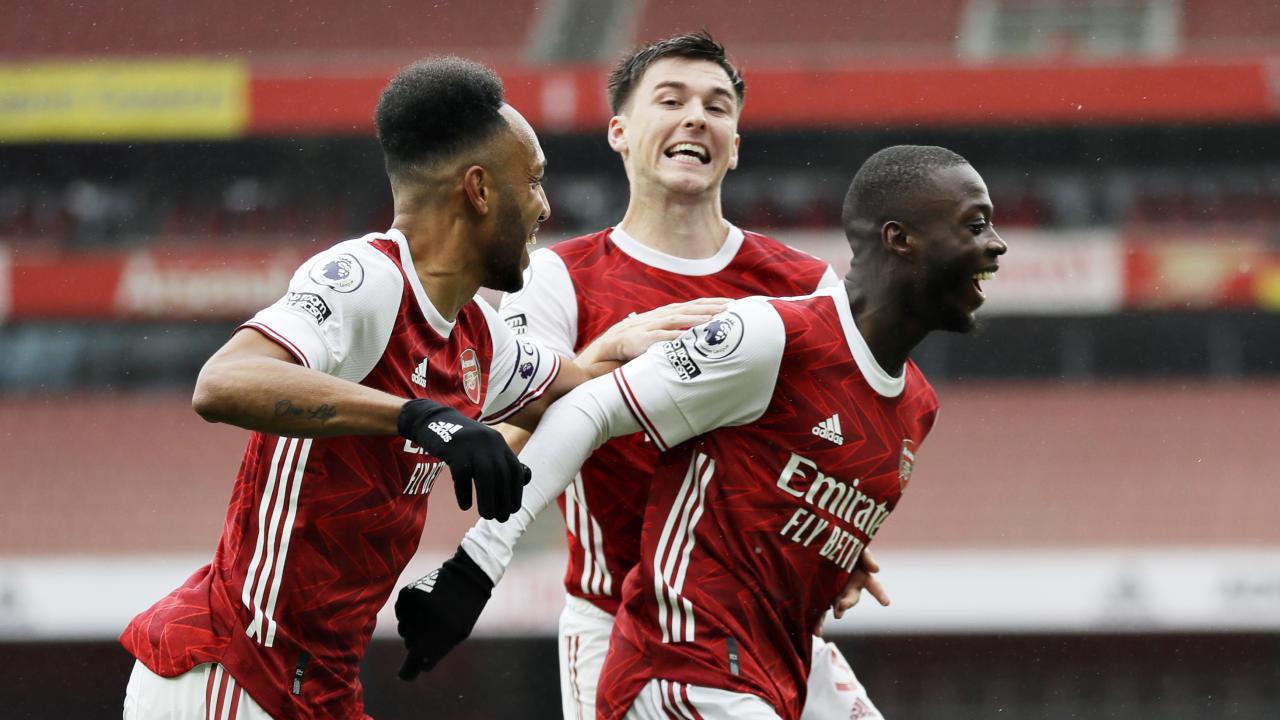 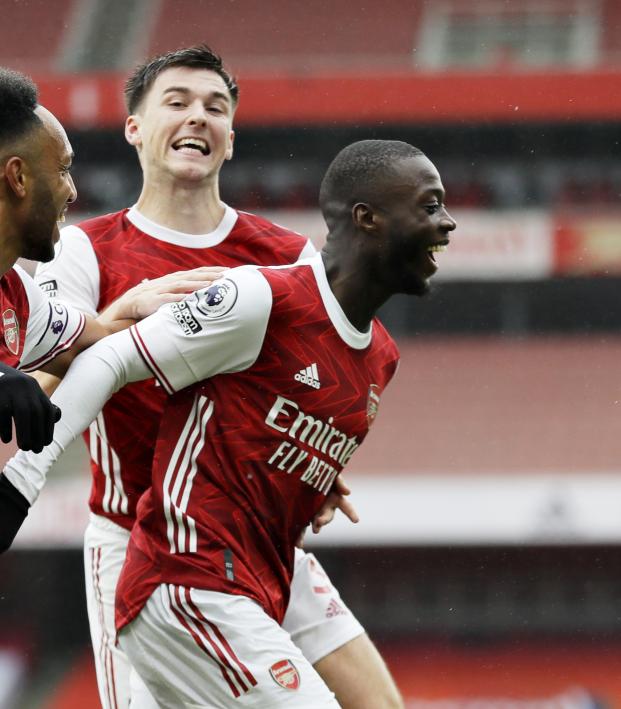 Reuters October 4, 2020
Bukayo Saka was also on target as the Gunners beat the struggling Blades 2-1.

Arsenal scored two goals in four minutes to grab a 2-1 Premier League home win over struggling Sheffield United, with Bukayo Saka and Nicolas Pepe getting on the scoresheet in the second half as the Gunners' misfiring attack finally found its rhythm.

The visitors frustrated Arsenal for the first hour, but Saka broke the deadlock by heading home following a snappy passing move in the 61st minute, and substitute Nicolas Pepe added a second three minutes later.

19 - There were 19 passes in the build-up to Nicolas Pépé's goal for @Arsenal against Sheffield United; the most before a goal in the Premier League this season. Liquid. pic.twitter.com/um1eXZrYJ3

Irish striker David McGoldrick gave his side hope with a brilliant curling effort in the 84th minute, but the visitors couldn't conjure up an equalizer as Arsenal held on comfortably to win.

The victory lifts them to fourth place in the table on nine points, three behind leaders Everton, while Sheffield United are 19th after four defeats in their opening four league games.