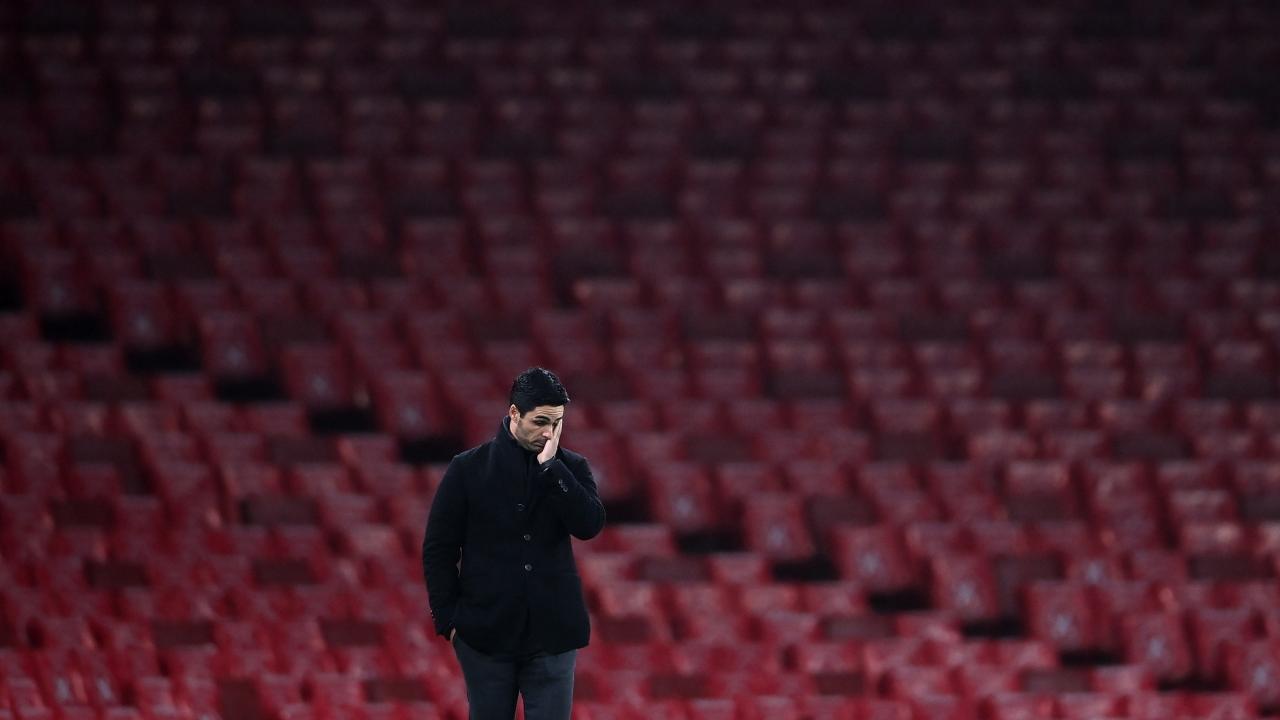 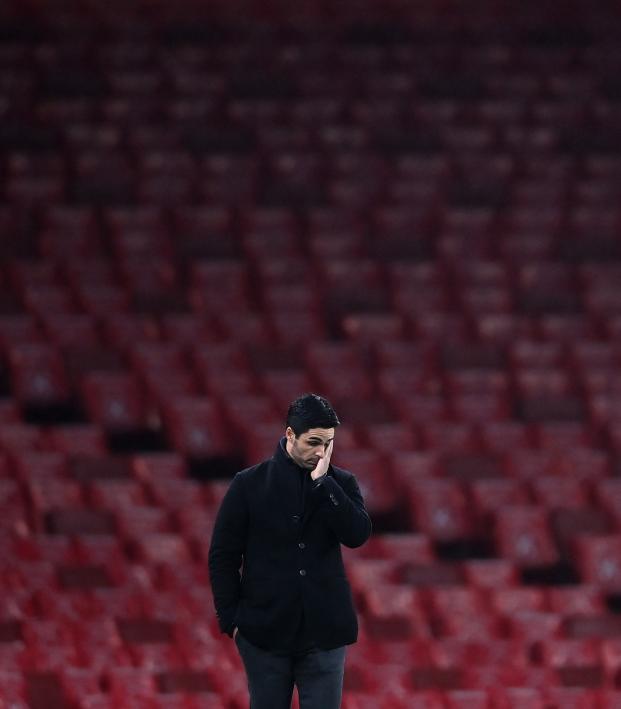 Reuters December 13, 2020
The Gunners are just five points above the relegation zone after 12 matches.

Arsenal's Premier League troubles intensified as they fell to a 1-0 defeat at home by lowly Burnley on Sunday with Pierre-Emerick Aubameyang scoring an own goal after Granit Xhaka was sent off.

The Gunners, who have now lost four straight home games for the first time since 1959, are in 15th place in the standings with 13 points while Burnley climb out of the bottom three moving up to 17th place on nine points after their first away win of the season. The pressure will now increase on Spanish coach Mikel Arteta with Arsenal having made their worst start to a season in 39 years with their first home defeat by Burnley since 1974.

Mikel Arteta's side were enjoying a spell of strong pressure after the interval, testing Burnley goalkeeper Nick Pope, when Xhaka was sent off after a VAR review spotted him grabbing Burnley's Ashley Westwood by the throat. The London side have received six Premier League red cards since Arteta took over Arsenal in December 2019, double that of any other side in that time.

Westwood then created the decisive goal in the 73rd minute when his dangerous in-swinging corner was headed into his own goal by Aubameyang as he rose to challenge Josh Brownhill at the near post.

Arsenal created plenty of pressure in the latter stages but Sean Dyche's team held firm helped by the excellent goalkeeping of Nick Pope. Pope had kept Burnley on level terms before the break with a good save with his feet from Alexandre Lacazette in the 28th minute and a reaction save from a Bukayo Saka snap-shot after the interval.

Burnley striker Chris Wood had missed an early chance when he was found unmarked in the box by Robbie Brady but his head failed to find the target. There were 2,000 supporters at the Emirates Stadium but some left before the end while one fan was pictured with his face mask pulled up over his eyes.