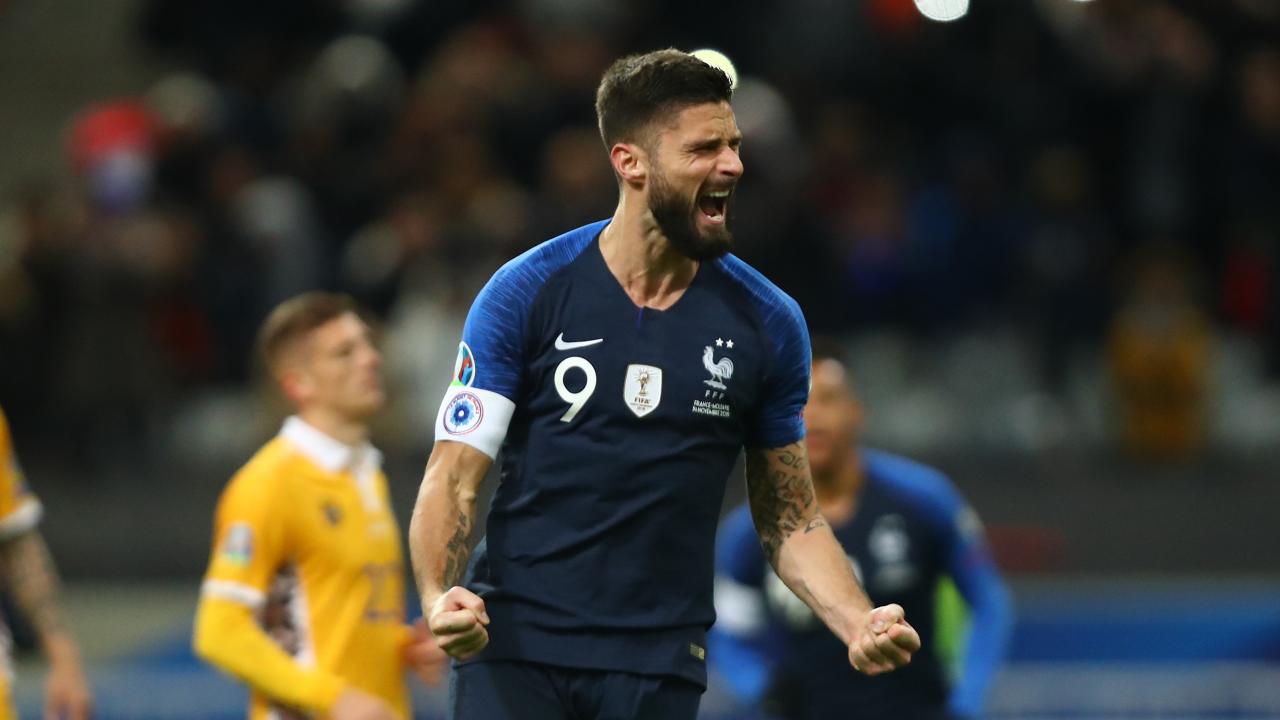 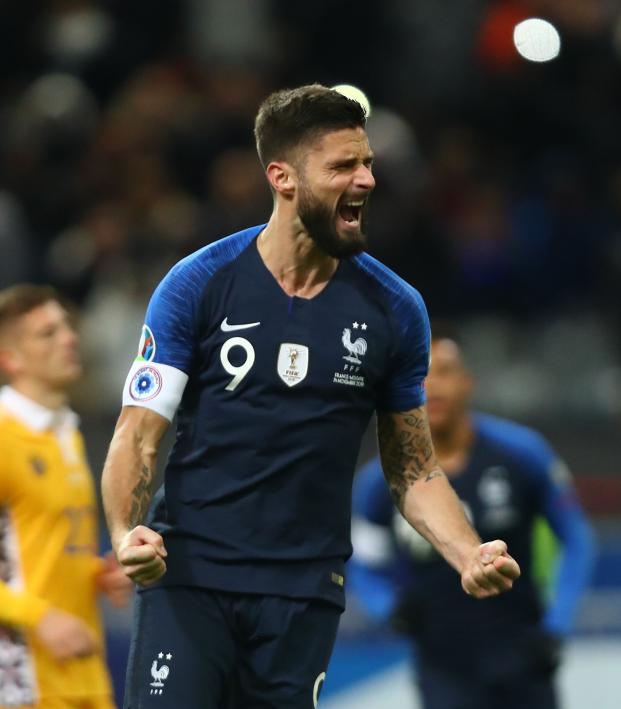 Are We Ready To Talk About Olivier Giroud Being One Of The Best French Players Of All Time?

Reuters October 6, 2020
Giroud is steadily approaching the summit in France’s records for both caps and goals.

France coach Didier Deschamps has praised Olivier Giroud's mental toughness and high standards of professionalism as he confirmed the striker will start in Wednesday's friendly against Ukraine to claim his 100th cap for the national team.

Chelsea forward Giroud is also eyeing France's goalscoring record and is currently third with 40 goals in the all-time list, behind Michel Platini (41) and Henry (51).

"He (Giroud) has an above-average strength of character and this is related to his background," Deschamps, who played 103 times for France, said on Tuesday. "He reached the professional level quite late and like all the players in this case, he doesn't see it as revenge but with strength in him. He is never as strong as when he finds himself in a difficult situation and performing at a high level is about being strong in the head. He is always there."

Despite having only featured for 17 minutes in the Premier League so far this season, Giroud is determined to prove he has a role to play in Frank Lampard's Chelsea squad.

"I've written a book called 'Always Believe It' so I'm not going to go anywhere without a fight," Giroud said. "There is competition but I will fight and we saw the rewards of that at the end of last season. I am convinced that I have a role to play at Chelsea. We will see in January (transfer window) maybe."

After hosting Ukraine in a friendly, France will take on Portugal and Croatia in Nations League matches on Oct. 11 and 14 respectively.