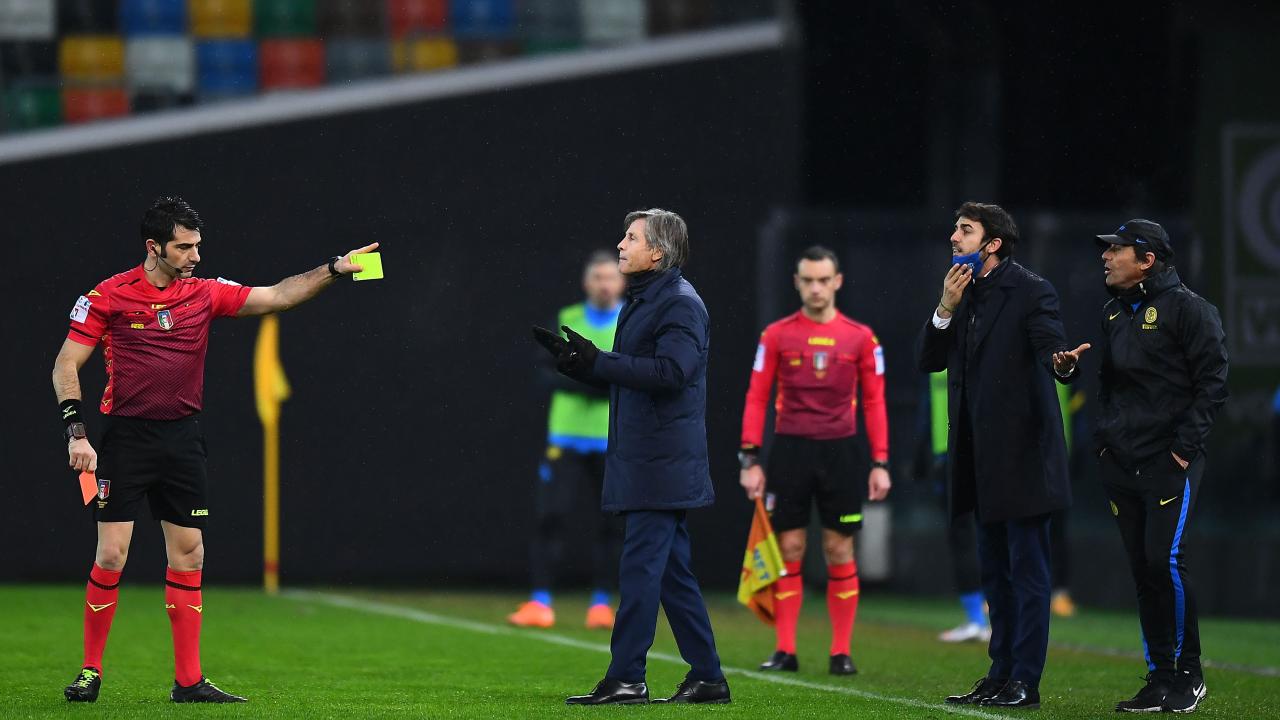 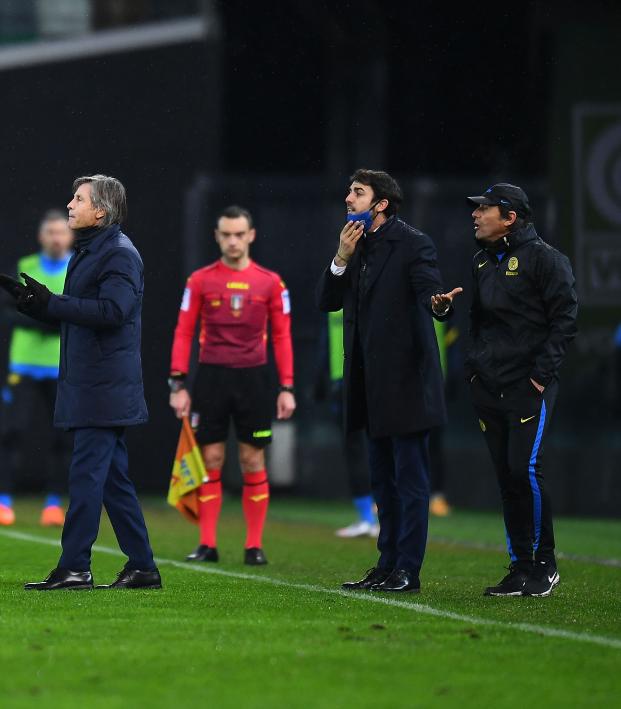 Reuters January 23, 2021
Inter Milan missed out on a chance to go top of the table by drawing 0-0 with Udinese.

Inter Milan missed out on the chance to go top in Serie A as coach Antonio Conte was sent off for dissent in a 0-0 draw at strugglers Udinese on Saturday.

The visitors travelled to Udine on a high after beating title rivals Juventus 2-0 last weekend but they couldn’t break down the determined hosts, who became the first team to keep a clean sheet against Inter in Serie A this season.

Inter striker Lautaro Martinez came closest when his first half shot drew a spectacular one-handed save from Juan Musso, but the visitors' frustration showed when Conte was dismissed for dissent in stoppage time.

"We didn't agree about the amount of stoppage time," Conte told Sky Sports.

"The referee has to take his decisions and we have to accept them, even if we don’t agree."

Conte's side remain second on 41 points, two behind AC Milan at the halfway stage of the season, while Udinese are 14th on 18 points but without a win in nine games.

The Inter coach stuck with the same team that defeated Juve, but his side were flat and failed to find the net for the first time in 21 Serie A matches, a streak stretching back to a 0-0 draw against Fiorentina in July 2020.

It was a missed opportunity as a win would have moved Inter ahead of leaders AC Milan on goal difference and be named winter champions after their rivals lost 3-0 to Atalanta.

"We need to look at ourselves, we can’t think about Milan and the fact that they lost," Conte said.

"There is room for improvement, today we could’ve been more precise. Above all we were lacking quality in the final ball, which is fundamental.

"We can and must improve from this point of view if we want to have ambitions of fighting to the end for something important."

Martinez looked certain to score when he pounced on a loose pass and fired a shot at goal, but Musso somehow kept it out with a one-handed save.

Nicolo Barella sent a dipping volley over the bar, while the hosts also couldn’t find their range as Roberto Pereyra blasted over and Rodrigo De Paul shot narrowly wide.