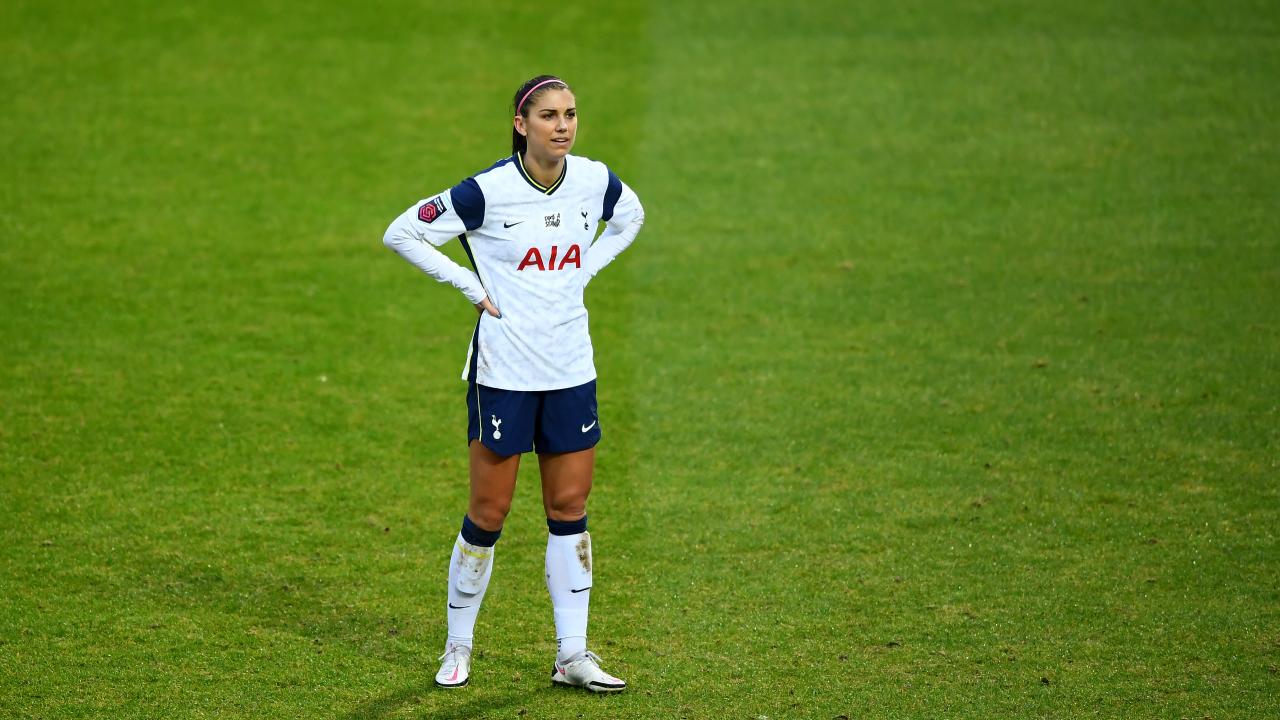 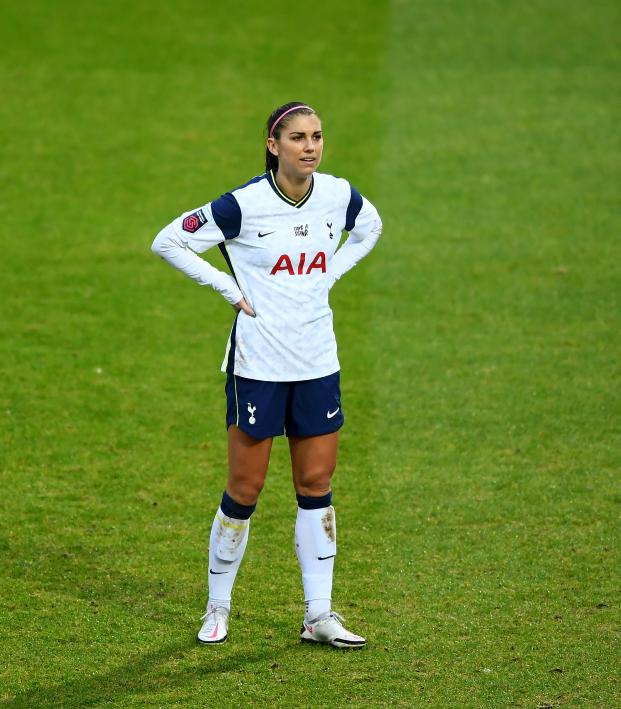 Reuters December 21, 2020
Morgan failed to score a goal from open play, but she did convert two penalties in five games.

United States international and twice World Cup winner Alex Morgan has ended her loan spell at Tottenham Hotspur and will return to the U.S., the Women's Super League (WSL) club said on Monday.

Morgan joined the north London club from Orlando Pride in a bid to regain match fitness following the birth of her child in May after the COVID-19 pandemic truncated the National Women's Soccer League season this year. The 31-year-old's signing was seen as a coup for Spurs but the striker, who has scored 107 international goals, only made five appearances and scored twice in the WSL where the club sit eighth out of 12 teams in the standings.

We can confirm that @alexmorgan13 will be returning to the United States in the new year after the conclusion of the first half of the @BarclaysFAWSL season.

Everyone at the Club wishes Alex well in the next stage of her career.

"I will be forever grateful to the club, my teammates and Spurs supporters for taking such good care of me and my family," Morgan said. "From the moment I arrived in London, I realized I was part of a first-class organization, one that helped provide me the opportunity to immerse myself back into the game I love."

Spurs have struggled in the WSL this season, however, and the club sacked co-head coaches Karen Hills and Juan Amoros last month when they were second-bottom, with Rehanne Skinner taking over.

The club then earned their first wins of the season, with Morgan scoring both her goals under the former England assistant manager. Morgan's last appearance came in a 3-1 win over Aston Villa on Dec. 13 when she scored the opener from the penalty spot.