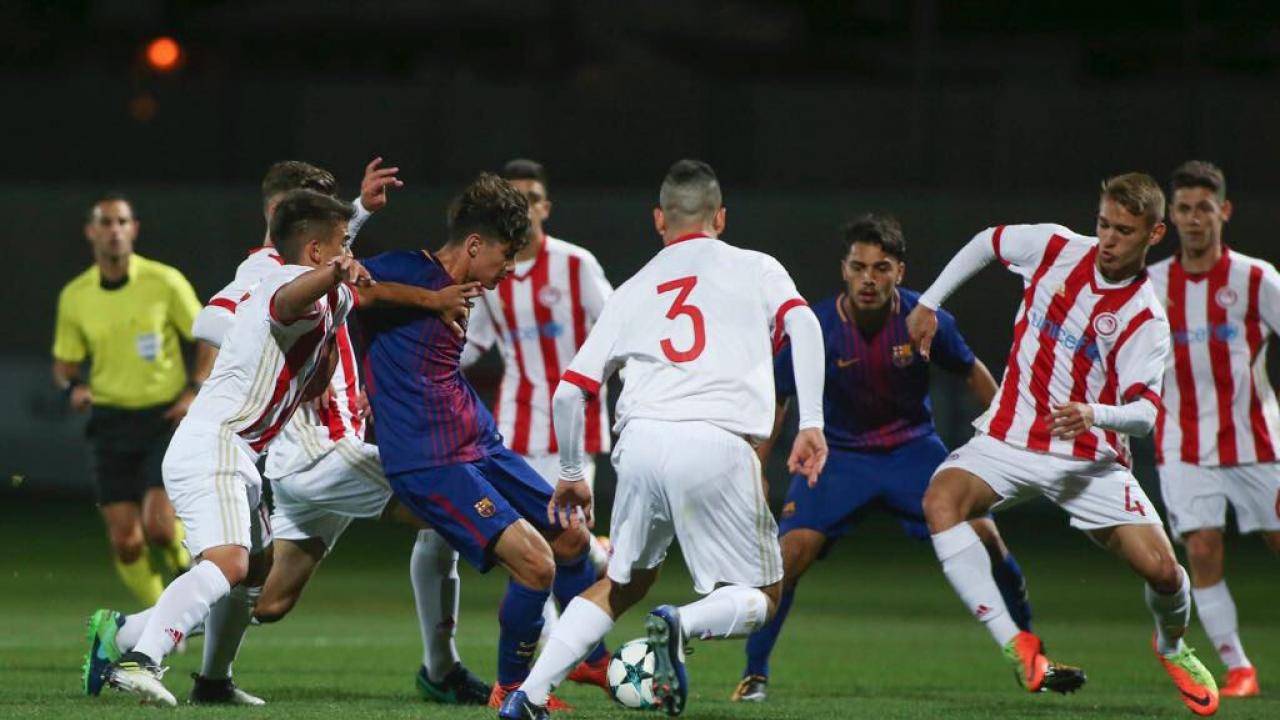 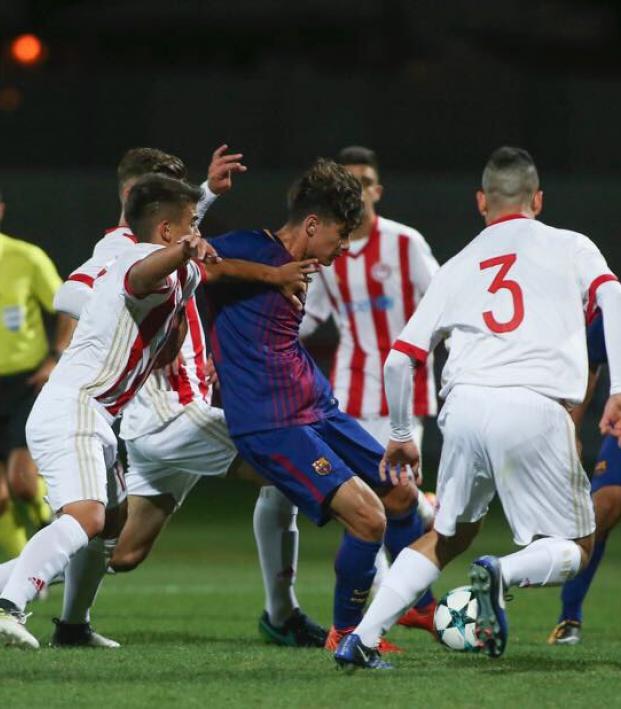 Connor Fleming November 8, 2017
18-year-old Barcelona midfielder Alex Collado has all the tools to play for the club’s senior side.

Alex Collado, born in the city of Sabadell in Catalonia (the birthplace of Sergio Busquets), joined La Masia back in 2011 as a 12-year-old. The central midfielder has since risen through the club’s youth ranks, appearing for Barca’s Juvenil A (the premier U-19 side and the final stage of progression at La Masia) throughout the 2016-17 season as a 17-year-old.

Collado played a vital role in Barca’s run to the semifinals of last year's UEFA Youth League, which culminated in a 2-1 defeat to eventual champions Red Bull Salzburg.

Now 18 and sporting the No. 10 jersey for the Juvenil A, the left-footed central midfielder again outlined his talent with a brace against Olympiacos last week in this season’s UEFA Youth League group stage. The goals ensured a top-two finish for Barca, and his second was named the FCB Masia Goal of the Week.

And here’s the banger that won him the individual honors.

If you want to watch the full match highlights, you can get a taste of his range of passing from midfield as well, but here’s an assist against Porto from last season that gives you an idea.

Collado followed up this performance with a goal in Barca's 4-0 victory over Sant Andreu on Sunday. And here’s all his touches against Villarreal last season in a Copa del Rey Juvenil match because he’s fun to watch.

Collado is left-footed and able to play on the right wing, so the Messi comparisons will be inevitable, but his natural position lies in the center of the park, either as a central or holding midfielder.

Barca’s track record in promoting players like Collado to the first team hasn’t been spectacular of late — they’ve been a victim of their own success in many respects — but it’s an issue that the club’s hierarchy is looking to remedy over the coming years.

Alex Collado is one of those players that deserves a chance should his development continue at this rate.