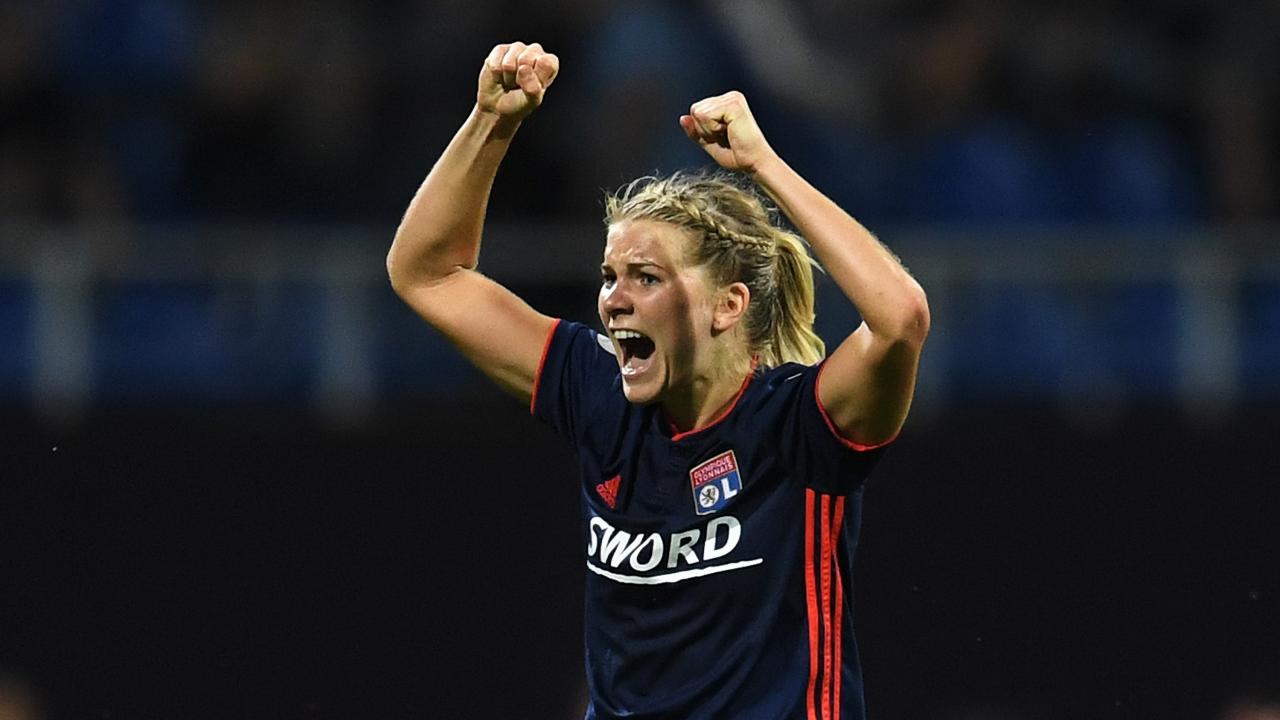 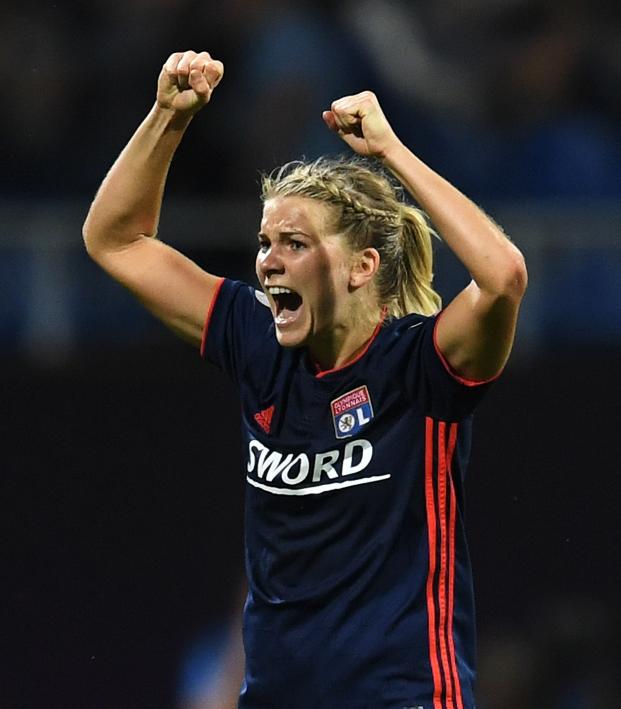 Reuters June 8, 2020
The 24-year-old Lyon star hopes to be back to her best next season after tearing an ACL in January.

Ada Hegerberg's season had been cut short by the time the new coronavirus wiped out the football calendar, but the break has given her time to rehabilitate her injured knee and the Ballon d'Or-winning striker is relishing her return to training.

Recent footage posted on social media, however, has shown her running on a specially-adapted treadmill and doing agility drills as she builds up her strength ahead of next season, and Hegerberg hopes to kick a ball again soon.

"The weird-looking machine's been my best friend for weeks now. But it's going very well, we're in the schedule, following the plan," she told Reuters in a video call from Poznan in Poland, where her husband Thomas Rogne plays for Lech Poznan.

"I've got very competent people around me who are helping me with my program and my process and everything so I feel like I can just lean back and work hard and know that we're getting there."

Still only 24, Hegerberg, who has signed a new 10-year sponsorship deal with Nike, has already won five French league titles and four Champions League trophies with Lyon, scoring 216 goals in 177 appearances for the club.

Just did it. #Nike pic.twitter.com/YELGPoH9nF

The inaugural winner of the women's Ballon d'Or in 2018, awarded to the world's best player, her status in the game is a far cry from humble beginnings as a junior player in the small Norwegian town of Sunndalsora where she grew up.

Yet with the women's game increasing in popularity and with greater global visibility, there have been some improvements for the players.

"It's starting to change a little bit now, where more and more women can profit from being professional footballers, so hopefully it will change more and more," she added. "It's our job to really work hard and stay out of that comfort zone in order to raise the level."

The Norway forward's new sponsorship deal will make her one of Nike's most high-profile athletes and Hegerberg hopes it will help her on the pitch and also give her a platform off it.

An ongoing dispute with the Norwegian Football Association led to her missing last year's World Cup in France, but she is not yet willing to talk about an international comeback.

"Right now I'm in my rehab bubble — before I can even answer or think about subjects like that I need to really get back on the pitch and deliver again and get back stronger than ever and be me on the pitch," she said.