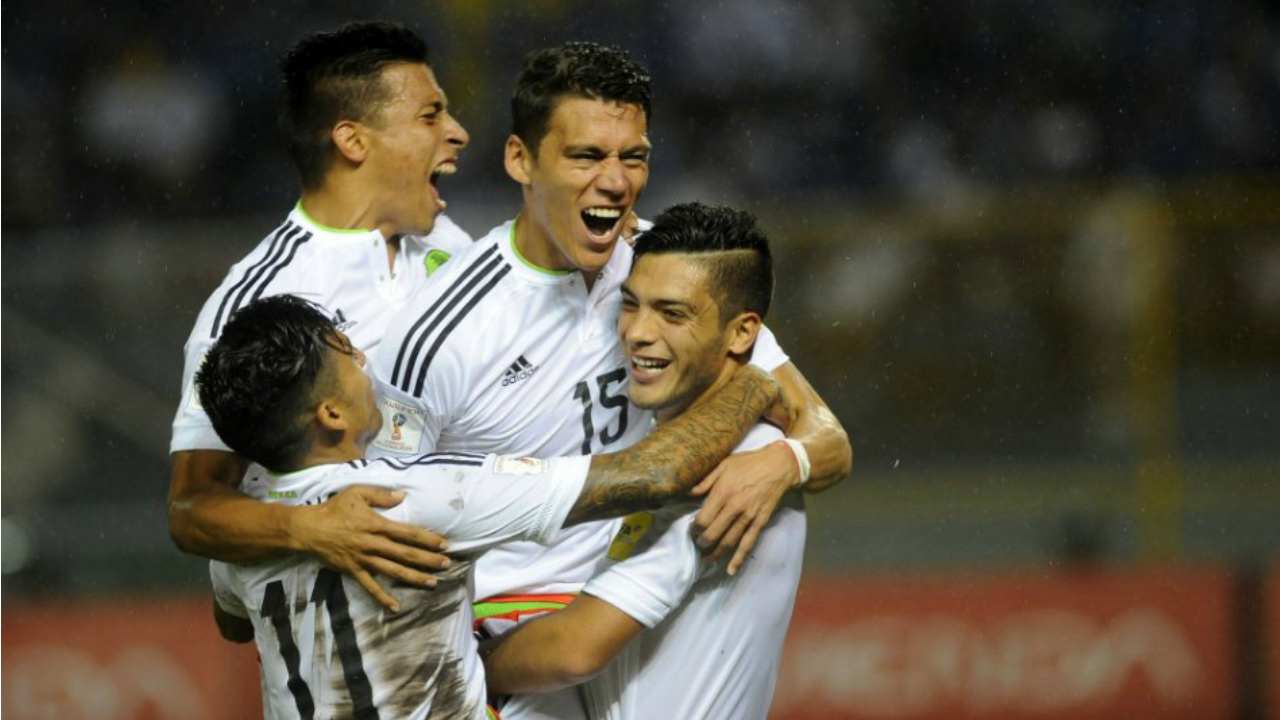 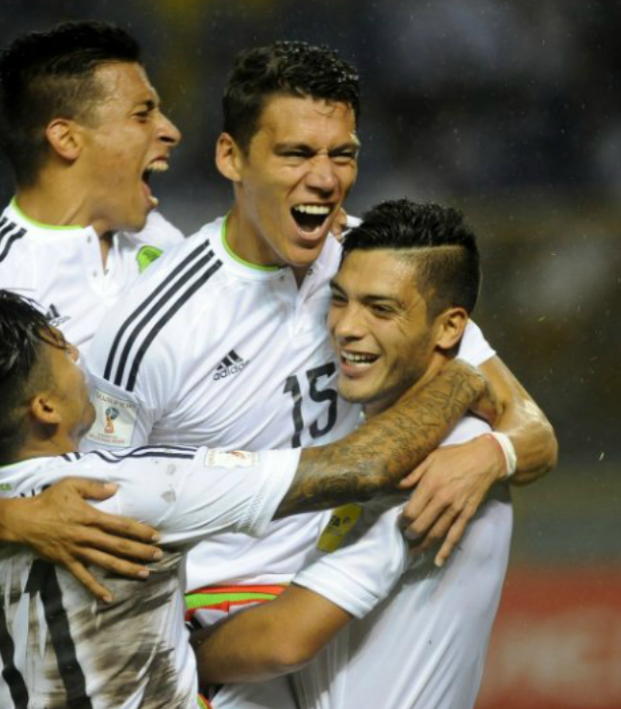 5 Reasons Mexico Fans Should Be Optimistic About The Future

Felipe Vieyra September 6, 2016
This summer was a summer to forget for the Mexico National Team, but there are several reasons to believe that El Tri will be stronger because of what’s happened under Juan Carlos Osorio.

Let's be honest, El Tri failed to meet extremely high expectations this summer. What was expected of the Mexican national team was to excel in all competitions, but they fell flat at the Copa America Centenario and the Rio Olympic Games.

Competing in the Copa America in the team’s ‘second home’, the United States, fans and spectators alike believed El Tri had a chance to make history in the competition.

They were one of the early favorites. With a win over Uruguay and the top dogs, Brazil, crashing out early, they had a chance but blew it.

Instead, they made the kind of history that they’d rather choose to forget, losing to Chile in what is known as Mexico’s worst ever defeat in competitive competition.

Then, the Rio Olympics came and El Tri fans were once again hoping that Mexico could pull off some of the same magic that propelled them to gold in the 2012 London Olympics. However, they failed in disappointing fashion. They failed to defend their gold in a miserable campaign that saw them get knocked out at the group stage of the competition.

While this summer was a failure, there’s still reason to hope. Mexico recently beat El Salvador 3-1 in their first competitive match since the Chile beatdown.

It wasn’t their best performance, but, despite that, they won comprehensively away from home and continued their undefeated streak in World Cup qualifying.

As hard a summer as it was, Mexico fans should look forward to what’s to come for El Tri. For example, my very own father gave away his Chicharito jersey after the Mexico versus Chile game. Even he now regrets having made that decision. He is excited for what’s to come for El Tri and where the team can go from here, as long as they continue to improve.

There are five reasons why fans cannot give up on the Mexico National Team.

Miguel Layun, Hector Herrera and Jesus “Tecatito” Corona destroyed Italian giants AS Roma in a Champions League playoff. They make up a core of players that Osorio must turn to in difficult times.

These players have consistently performed for the Portuguese club and they all started the new season by hitting the ground running.

Roma were the favorites to progress in the UEFA Champions League playoff match, and, after a 1-1 tie in the first leg in Portugal, they imploded at home in Rome against a spirited Porto side.

Layun scored the second, Tecatito added the third and Herrera assisted for the first.

It was a great showing by the Mexicans, even though Roma were down two players after red cards — they still showed they have the talent and hunger to succeed in Europe.

At 23, Tecatito has years ahead of him to continue to develop, and he has already proven himself as a staple for the Mexican national team. Herrera is club captain for the Portuguese side and will want to inspire his team to better their third place finish of last season.

Layun was considered one of Europe's best left backs last season, so he’ll want to continue those performances this season. Osorio must develop his squad around his most consistent, talented players.

#2: It’s Only Up From Here For El Tri After Their Devastating 7-0 Loss Against Chile

Osorio must learn from the worst loss Mexico has ever suffered in a competitive match and must turn to youth players. Thankfully, he’s doing just that.

We’ll hopefully never see another 7-0 result and with good reason. Osorio is a calculated coach and will learn from the defeat. It’ll only make the team stronger. He’ll have to turn to youth players, consistent club performers and center his work around dynamic talent that truly have the passion to play for El Tri.

He’s somewhat been forced to turn to youth players already, but that’s a good thing. It’ll develop the future stars for Mexico and it’ll also better the options from the bench for Osorio.

Players have been getting injured left and right for El Tri, and Osorio has had to turn to youth players to be able to lead the line for Mexico.

Javier “Chicharito” Hernandez broke his hand, Tecatito was out injured and Raul Jimenez recently injured his knee in the 3-1 win over El Salvador.

In that match, Osorio fielded Angel Sepulveda and the striker took advantage of Chicharito being out by scoring one of the three Mexico goals.

Tecatito is another Mexican youth that he’ll need to turn to. Hirving Lozano, who missed the El Salvador match due to suspension, will have the chance to show his mettle against Honduras. He’s another bright future talent.

Miguel Layun understands the importance of youth players being integrated to the senior side. “It’s something important; I said it after the game in Vancouver. The best thing that could happen to us, as a national team, is to find young footballers who are having playing time in their [club] teams and that they also feel important. Because, if that’s the case, when these players arrive to the senior team, they quickly feel like part of the group.”

Mexico has already qualified for the final Hexagonal round, so Osorio can take the next match against Honduras to try new strategies/players and rebuild confidence amongst the team.

The pressure is there to put on a great performance, even though they are already qualified, but it’s still a great chance to see what his players are made out of.

Honduras will come out eager to get a tie or even better, a win, against Mexico so Osorio will have a fight on his hands.

El Tri will do well if Andres Guardado continues his good form. Hector Herrera will also be crucial for El Tri. With Chicharito, Tecatito and Raul Jimenez out, and with Dos Santos and Carlos Vela missing from the team, new attacking options will have to step up in their place.

Angel Saldivar and Miguel Barragan, newcomers to the team, will be hoping to start for Osorio. How will they perform? I’m optimistic that they’ll be exactly what El Tri needs. Osorio needs to be able to call upon other faces besides Chicharito and the usual players Mexico continues to rely on. It’s good for the team to have options and to nurture future talent.

Players learn from adversity and those that will remember the loss against Chile will never want to experience it again. So for those returning and for those new to the team, they’ll have to integrate quickly in order for Osorio to get exactly what he wants from his team.

Osorio has challenged Mexican talent to be ambitious enough to want to play in Europe's best leagues. “I did say that for any player, the ultimate goal, especially at their peak, should be playing in Europe.”

Osorio clearly wants to have a wider pool of players that are European-based to call upon. Hopefully the challenge is answered and more players start making it to Europe.

I would say it’s not enough for Mexican talent to make it to Europe. They must be getting minutes at their respective clubs. It’s not good enough for them to warm the bench as has been the previous criticism of players who do make it over to top four European leagues.

We must applaud players like 22-year-old Carlos Salcedo who was one of the few, if not the only, Mexican talent to move to Europe over this transfer period.

He’ll be playing with Fiorentina this season and will hopefully continue his development.

#5: Juan Carlos Osorio Has The Backing Of The Mexican FA

At least for now, Osorio seems to enjoy the support of the Mexican FA. After losing 7-0 and retaining his job, that much can be surmised.

Osorio hasn’t been an international coach for that long. He’s nearing one year for El Tri and he’s coaching under one of the most demanding soccer federations in the world.

The fact that he is still at the helm of El Tri after such a devastating loss against Chile goes to show that the federation believes in what he is doing.

The fact that they didn’t sack him right away is good for Mexico. Fans have seen coaches come and go so quickly that it’s clearly affected performances on the pitch. Stability is good for El Tri. His tactics and love for rotation will hopefully prove fruitful in the long run.

The loss to Chile in the Copa America Centenario still hurts. The pain and emptiness from having been knocked out by South Korea in the Olympics is right there as well. But, in football, you have to have faith in your team coming back from terrible losses.

The current prime example of that is Brazil. They were vindicated at the Rio Olympics with their gold medal win against Germany after having lost 7-1 at the 2014 World Cup. They came roaring back this summer. Mexico has the talent and the hunger to do the very same thing. Fans just have to believe.