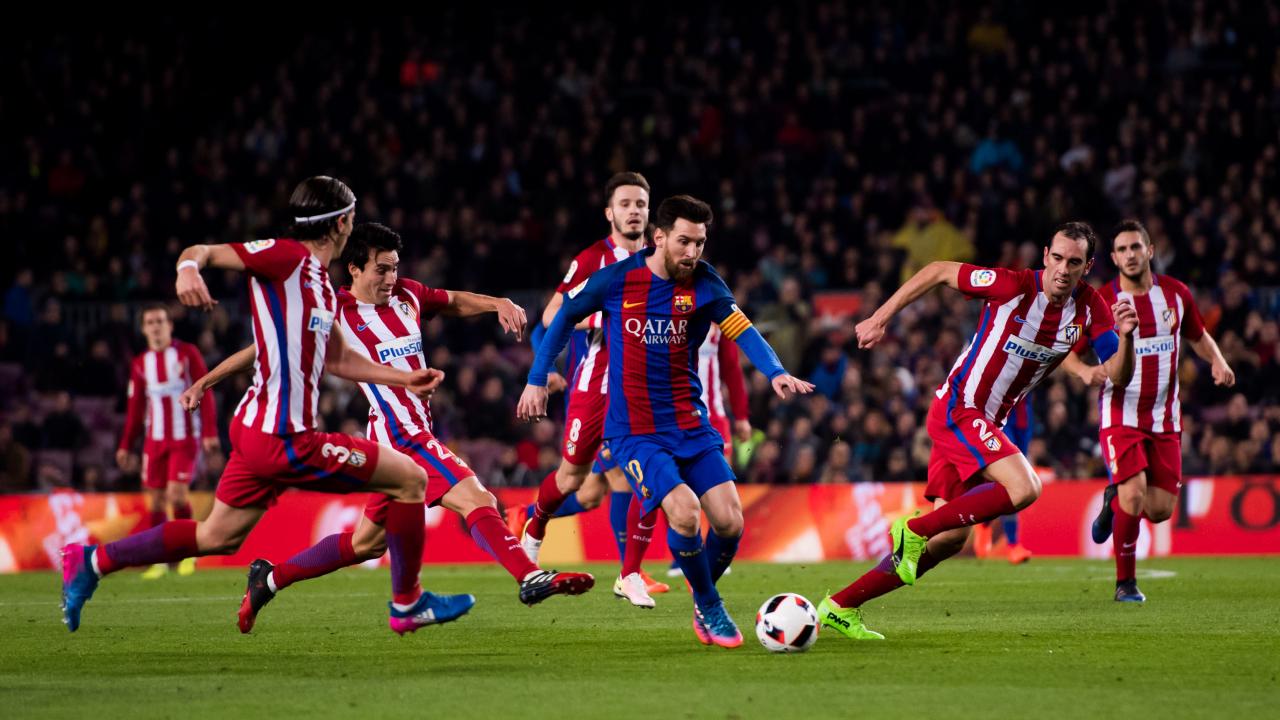 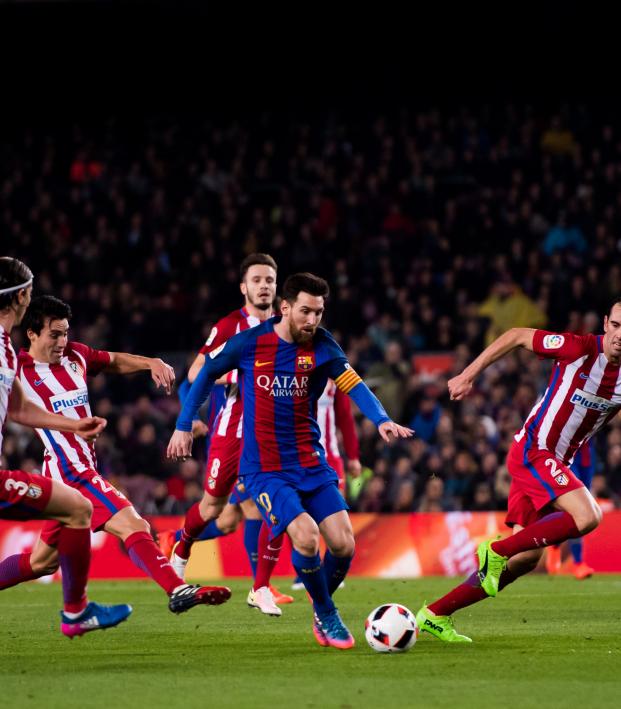 Juan Roman Riquelme, the legendary Argentinian midfielder, replied once on TV when asked about Leo Messi: “I’m not completely sure Messi is human. I have never seen a person that runs faster with the ball at his feet than without it. Messi does. How can you do that? Think about it, it doesn’t make sense.”

How many times have we heard things like this?

Yes, I know, Riquelme was exaggerating a bit but... he had a point, didn’t he? Sometimes, it really seems to be true. Lionel Messi’s dribbling skill is one of the seven soccer wonders of the world, like Cristiano Ronaldo’s jumping capacity and heading technique, or Neymar’s ball skills.

This skill by Messi is borderline to absolute perfection. We see this little, 5-7 man stop the ball, raise his eyes, and we just blinked and suddenly he’s gone — full speed running with the ball two inches from his foot, like there’s a magnet in his cleat, like even the camera guy struggled and lost him for a second!

How is this possible? Is it a matter of speed? Is it the way he controls the ball? His body position? We all want to know: HOW DOES HE DO IT?!

Well guys, the sad part about this story is that he’s capable of that because he’s simply the ultimate soccer genius, and as such, he’s probably not aware of all the things he’s perfectly doing when he’s running with the ball, but the sun still shines for us mortals because at least we can dissect it to try to understand it, learn it and maybe even pass it to our players through coaching.

Messi's secret is not his speed, seriously. In fact, some people took the time to measure it and found out that he's a fast runner, but other players are way faster. Here at The18, we were interested about this matter a few years ago and researched about How fast Messi is to confirm what we suspected: He’s really fast, but not one of fastest footballers when it comes to athletic speed.

This means that if we kicked the ball forward to open space and raced a couple players, chances are, he might not be the first to arrive to the ball.

That's not the magic though, I know. Messi's genius comes from literally reaching almost 100 percent of his top speed while running with the ball, always inches from his foot. Nobody, ever, was capable of such a thing.

What is it then? Well the explanation relies in an anatomical matter.

There are two details in his dribbling technique that differ from other players' and make a huge impact in the overall, and as the brilliant coach and author Dan Blank (@soccerpoet) says in his best-selling Soccer IQ series of books: “In Soccer, you have to believe details are very important.”

One of these details is the position of his foot when he touches the ball: Messi’s toes aim to the ground. I remember being a kid and hearing my coach say, “Use your pinky toe when you run with the ball, little touches! little touches! Pinky, pinky, pinky!” (Now we call them "Messi touches," that’s how good he is, LOL.)

We coaches still preach the same nowadays, and there's nothing wrong with that, except for what we don’t clarify — that is, “If possible, don’t bend your foot to the inside of your body, try to keep your toes down aiming to the grass.”

This detail is vital because speed when running with the ball comes from our capacity to replicate the body motion of running without it, and as nobody that I know runs with his feet sideways, that’s not a desirable thing to do.

Please look at the following two pictures. One of them is from Gareth Bale, one of the best players in the world and one of the fastest runners without the ball.

Can you see the difference? Pretty big, right?

The second key technical detail is the timing of that touch — it is about WHERE the ball is when he pushes it forward: Messi touches the ball when it is aligned to the center edge of his body. He touches it "late."

Most players push the ball "early," or forward, when the ball is ahead of them. That's a problem if you seek to accelerate because it forces you to stretch your leg forward and that slows you down. It's not part of our natural running motion — imagine we were doing it without the ball and accelerating, right? So once again we find the same principle: dribbling peed comes from our capacity to replicate the body motion of running without the ball.

Leo Messi’s foot position and timing are brilliant. Look at this video and search for such points we made above.

Can you see it? It looks so much easier to do than it really is. No matter the sport or discipline, I’m under the impression that the most brilliant athletes share that capacity of making the most complicated things look so simple.

Leo Messi combines this dribbling skill with others that are executed in superlative manner as well, so even if we learnt to adopt his technique, we would still (most likely) not be able to do the type of things he shows on a regular basis. However, the bright side is that if we reduce it to just improving the skill of running with the ball, I can assure you and/or your players will see remarkable results. Give it a try and let me know how it goes!

Let’s finish this post with one more video, but this time let’s just sit back, relax and enjoy the magic.