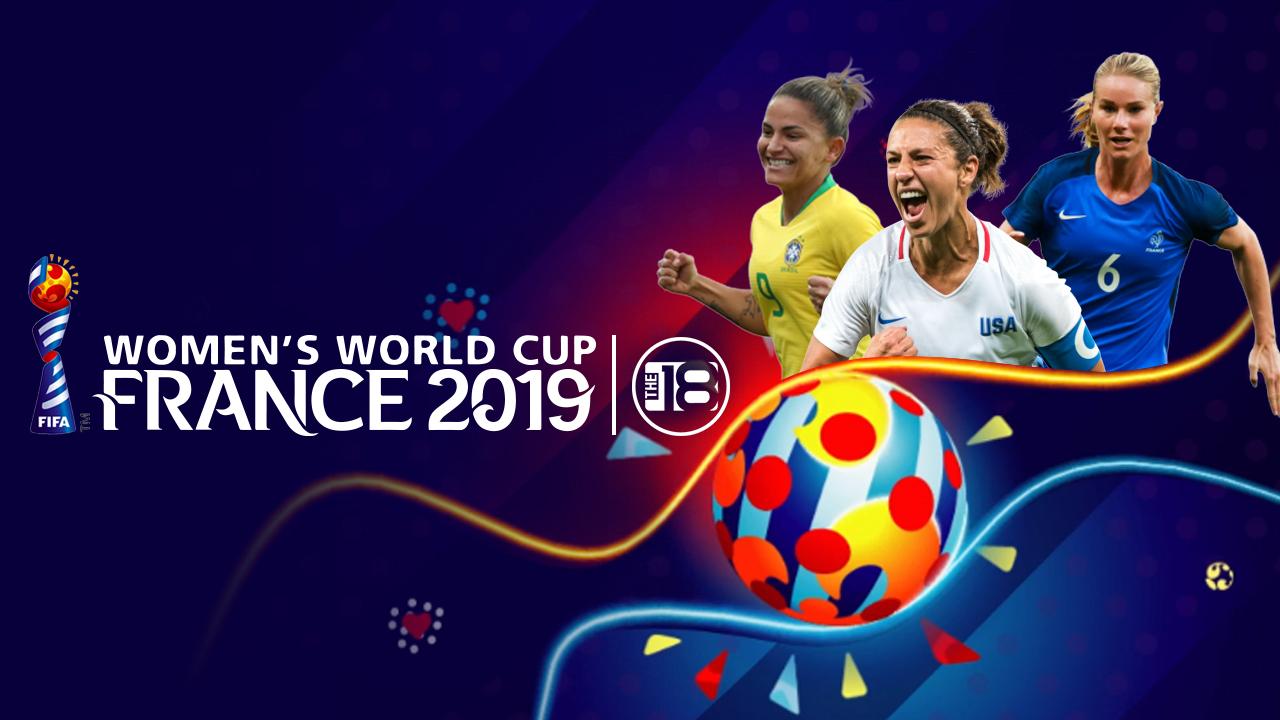 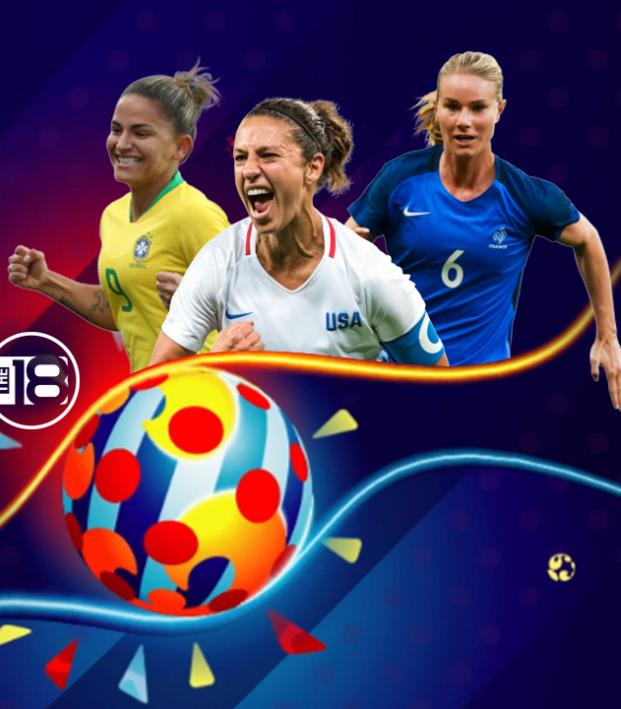 How The Women's World Cup Works: A Guide For Everyone

In many ways, the Women’s World Cup is a lot like its male counterpart. In many ways, it isn’t. So with the tournament set to arrive this summer in France, we thought we’d explain how the Women's World Cup works in 2019.

So when it comes to how the women's World Cup works, there are plenty of differences from how the men’s World Cup works. Below is a comprehensive guide, from the basics such tournament format to the more involved, such as extra time and yellow card accumulation.

How The Women's World Cup Works

The 2019 Women’s World Cup will be played in France, the first time the country has hosted the tournament.

France beat out South Korea for hosting rights. Although Europe had hosted a World Cup more recently (Germany in 2011), France earned the nod. The last time the World Cup was in Asia was in 2007, when China hosted for a second time.

How Many Teams Are In The Women’s World Cup?

For the second straight tournament, 24 teams will compete in the Women’s World Cup, featuring some of the best players in the world.

The first two editions saw 12 teams each while 1999-2011 tournaments featured 16 nations. Given the growth of the game, don’t be surprised if the number bumps up to 32 soon.

How Do Teams Qualify For The Women’s World Cup?

France qualified automatically for the 2019 Women’s World Cup as host. The remaining 23 nations had to qualify through their confederations, each of the six confederations having different qualifying formats.

In all, 143 nations vied for the 23 open spots in the tournament. This is compared to the 209 nations on the men’s side, as many nations (mostly in Africa and Asia) did not even enter qualifying, including three nations (Saudi Arabia, Tunisia and Egypt) that qualified for the 2018 men’s World Cup.

The easiest qualification (aside from France) has to go to New Zealand, which won the OFC Women’s Nations Cup with five wins while outscoring opponents 43-0. The toughest qualifying was in Europe, where defending European champion Netherlands had to go through a four-team playoff just to reach the World Cup.

Jamaica’s Khadija Shaw led all players with 19 goals in qualifying, although that was partly because the Reggae Girlz played 12 matches, having to qualify to get into the Concacaf Women’s Championship qualifying tournament.

The team distribution, after a Concacaf-CONMEBOL playoff won by Argentina, was as follows:

No group could have more than one team from any confederation except for UEFA, which had to have at least one and maybe two teams in each group.

The result of the draw was as follows:

The United States will play Thailand, Chile and Sweden in Group F.

The six four-team groups all play a round-robin group stage, where each team plays three matches against the other three teams in the group. Matches will last the normal 90 minutes and no extra time will be played.

Three points are awarded for a win while each team gets one point for a draw. The two teams with the most points advance to the 16-team knockout stage. Additionally, the top four third-place teams advance as well, based on point totals.

After points, tiebreakers are decided as follows for ties within groups:

Those same tiebreakers are used for determining the top four third-place teams, albeit without the use of the scenarios involving just the teams in question as none of the teams will have faced one another.

The 16 teams to make it into the knockout stage will begin a single-elimination tournament. The only exception is that the semifinal losers play in third-place game.

For these matches, two 15-minute periods are played if the two teams are tied after regulation. If the teams are still tied, a penalty kick shootout is used to determine the winner. Additionally, teams will be allowed a fourth substitution in extra time, a change that was made to the men’s World Cup for the 2018 edition.

The purse for the 2019 Women’s World Cup will be $30 million, up from $15 million four years prior. There will also be an addition $20 million made available to teams for travel and training costs, plus compensation to clubs whose players are involved. FIFA had never given women’s teams this sort of cash before.

In comparison, the men’s World Cup doled out $400 million in prize money.

While revenue certainly plays a factor in this prize money — the men’s World Cup far exceeds the women’s in money generated — FIFA is a non-profit entity tasked with growing the sport. This sort of discrepancy in prize money is disappointing to say the least.

You can view the entire schedule here.

Fox will show 22 matches on broadcast television (a record for a Women's World Cup), 27 on FS1 and three more on FS2. Aly Wagner and JP Dellacamera will be FOX's lead announcers. FOX will have a daily recap show on Twitter in addition to two on TV.

In Spanish, Telemundo, Universo and Telemundo Deportes digital streaming will be the home of the World Cup in the U.S.

Full broadcast schedules for both English and Spanish can be found here, including information on how to stream the Women's World Cup.

Just two of the stadiums hold more than 40,000 fans, leading us to wonder if FIFA sold itself short. The semifinals and final quickly sold out despite being played in the largest of the stadiums, the Stade de Lyon. The 81,000-seat Stade de France was excluded from hosting any matches.

Will The 2019 Women’s World Cup Be Played On Grass Or Turf?

FIFA embarrassed itself by allowing the 2015 World Cup to be played on artificial turf. Soccer is meant to be played on grass and to play the premier tournament on turf was a joke, even if it can be hard to grow grass in Canada.

Fortunately, this time around the entire Women’s World Cup will be played on grass, even if some of the stadiums belong to lower-division sides in France.

The 2018 men’s World Cup introduced the use of the VAR (video assistant referee) for the first time. Despite a bumpy start at the 2017 Confederations Cup, FIFA said the use of VAR was an undoubted success in Russia 2018.

After FIFA trained the referees in the use of VAR in February, the use of VAR at the Women's World Cup was confirmed on March 15, exactly 366 days after approving VAR for the 2018 World Cup.

VAR at the Women's World Cup will work identically to how it worked for the men, only to be used for game-changing decisions revolving around goals, penalty kicks, red cards and cases of mistaken identity.

FIFA assigned 27 referees and 48 assistant referees to the World Cup, spread fairly evenly across the six confederations. Germany, Canada and Australia are the only countries with two head referees selected.

The U.S. referee slated to be in France is Ekaterina Koroleva. Americans Felisha Mariscal and Kathryn Nesbitt will be assistant referees.

When Do Yellow Cards Clear In Women’s World Cup?

How Many Players Are Allowed On A Team?

The women’s and men’s World Cups are identical in that both tournaments allow for 23-player rosters to be brought to the tournament. Of these, three must be goalkeepers. Of course, 11 players from each team are allowed on the field at once, including one goalkeeper.

The 23-player roster can be amended up to 24 hours before a team’s first match in case of injury.

How Do You Get Women’s’ World Cup Tickets?

Check out our guide here. Tickets can be bought for as little as $10.

How The Women's World Cup Works For Dummies

With the basics out of the way, here are some answers to some more questions on how the Women's World Cup works that will no doubt be asked by viewers at some point this summer.

Why Does The Clock Count Up In Soccer?

Because it’s cooler that way. But more seriously, it’s because of added/stoppage time.

A match is slated for 90 minutes. But because the referee never stops the clock during a match for things such as injuries, substitutions, goals and the ball being out of play, referees add time at the end of the first and second halves. This is typically between one to five minutes, but can go into double digits if necessary, as can happen when there is a serious injury.

Therefore, instead of a countdown clock dipping into the negative numbers, the clock counts up as much as necessary.

How Many Subs Do Teams Get?

Three substitutions are allowed per match per team. A fourth substitution is allowed in extra time during knockout stage matches.

What Makes The World Cup So Great?

Soccer is the most popular sport in the world; we should all agree on that. More importantly, the World Cup brings together all the nations of the world into an egalitarian competition where the best team wins. While money helps organize and train teams, the World Cup is all about who has the best players, not who can afford the best players like in club soccer.

Why Is The World Cup Every Four Years?

There are many reasons the event is only every four years and not every year or every other year. For starters, there are countless qualifying matches, as mentioned above. When the men’s World Cup started in 1930, it was difficult for national teams to traverse the world for a tournament, so it made sense to space the events out. Also, it’s a huge undertaking for a country to host a 24-team tournament.

Read more about why here.

Who Has Won The Most Women’s World Cups?

The U.S. has the most with three championships. Germany has won twice while Norway and Japan each have one World Cup title.

Who Has Scored The Most Women’s World Cup Goals?

Marta of Brazil has scored the most Women’s World Cup goals with 15. Germany’s Birgit Prinz and the United States’ Abby Wambach are tied for second with 14.

The United States is the favorite to win it all, however France and Germany are strong contenders. Here are the latest odds: