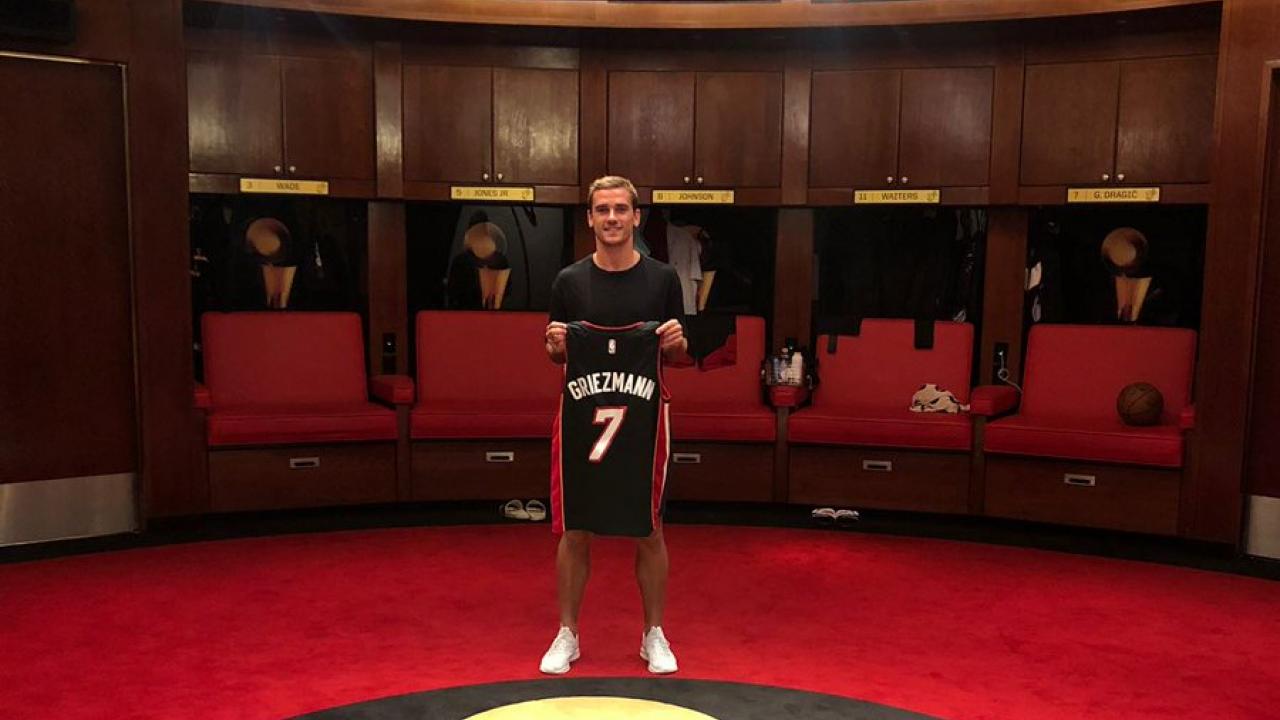 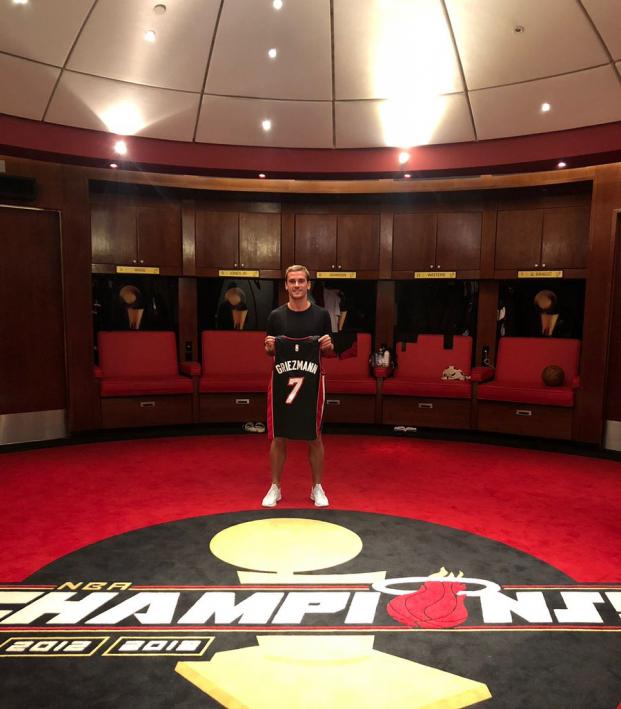 Atlético Madrid and France forward Antoine Griezmann has never shied away from telling us his interests. We know that the 27-year-old loves Drake, the NBA, Fornite, Uruguay and hates being overlooked for the Ballon d’Or.

His love of Drake was eternally commemorated with his “Hotline Bling” goal celebration, and he also did the same with Fortnite by repeatedly doing the “Take The L” dance. Last month, TMZ reported that Griezmann had gone as far as paying $20,000 to Jason of Beverly Hills for a chain loaded with black diamonds showing the Fortnite victory celebration.

And I know when that Fortnite bling... Photo: @viral2wild | Twitter

Apart from the celebrations, Griezmann likes to show his love in boot form. Last month, he donned a special pair for France’s friendly against Uruguay at the Stade de France.

Now, Griezmann is showing his affection for the NBA — and of course Derrick Rose — with a custom pair of Puma boots that feature the NBA logo on the bottom and images of Rose, D’Angelo Russell, James Harden and Isaiah Thomas.

Griezmann has said he prefers watching the NBA over soccer. Photo: @FT_Total | Twitter

Griezmann has followed up his World Cup heroics with eight goals and seven assists in 21 LaLiga/Champions League appearances this season.