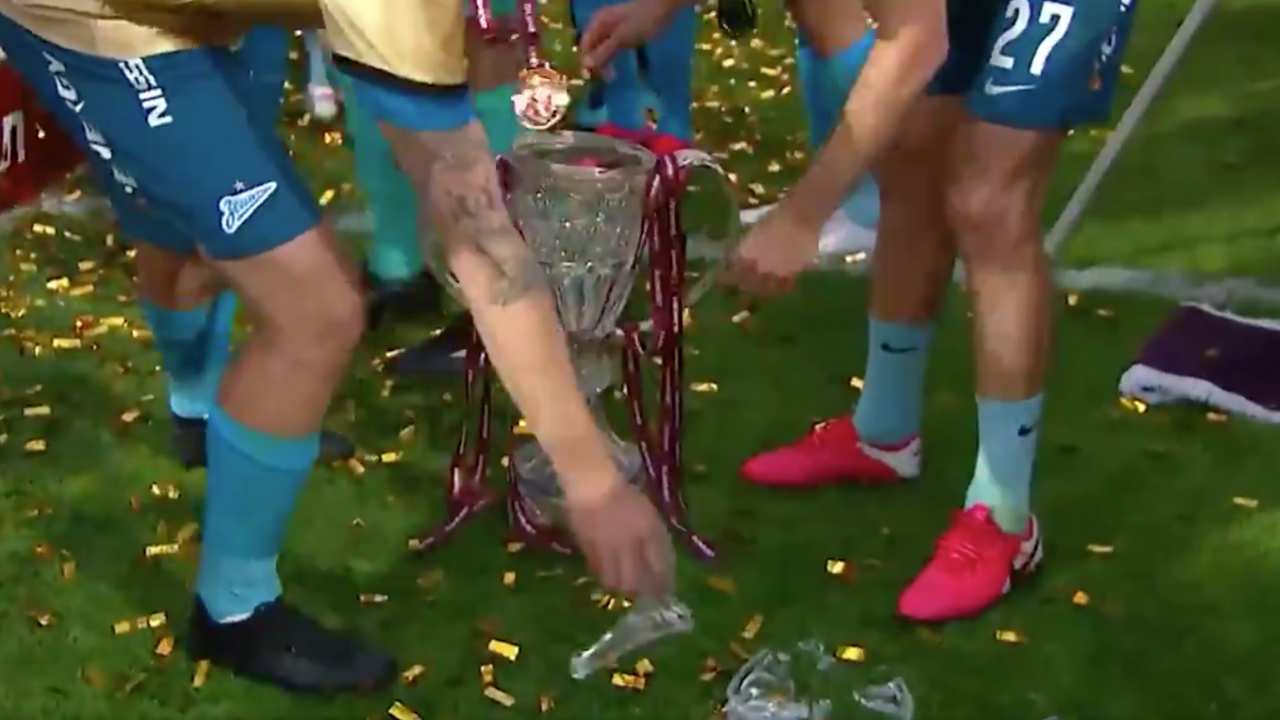 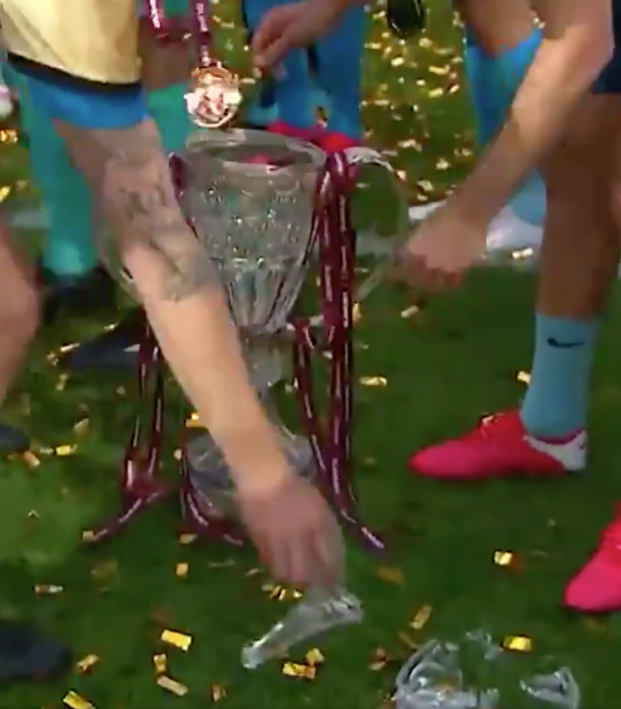 Zenit St. Petersburg blanked second-division Khimki 1-0 to lift the Russian Cup on Saturday in Yekaterinburg. Well, they lifted it and then promptly dropped it.

As Zenit players celebrated their title, which completed the club’s league/cup double, the trophy was dropped. Because it was made out of glass, it shattered.

At least now everyone can get a piece.

It appears the man who dropped the trophy was none other than captain Branislav Ivanović, the Serbian defender who spent 10 years at Chelsea.

Here he is moments before, as happy as a girl reunited with her dog.

Ivanović, of course, isn’t the first player to drop a coveted trophy. For some reason footballers have a hard time holding on to the dang things. The schadenfreude is palpable every time.

Hey, ‘tis better to have won a trophy and broken it into a million pieces than to have never won a trophy at all. And Zenit won two this year, having already clinched the Russian Premier league title with two games to go.