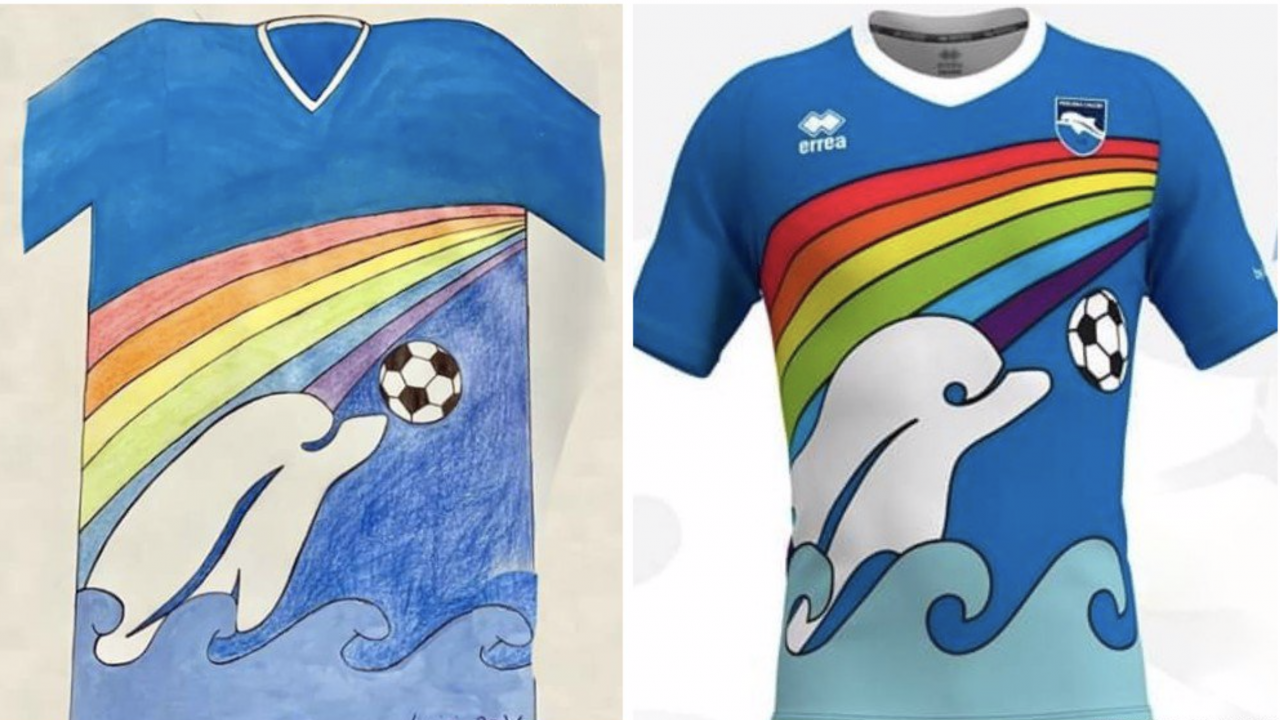 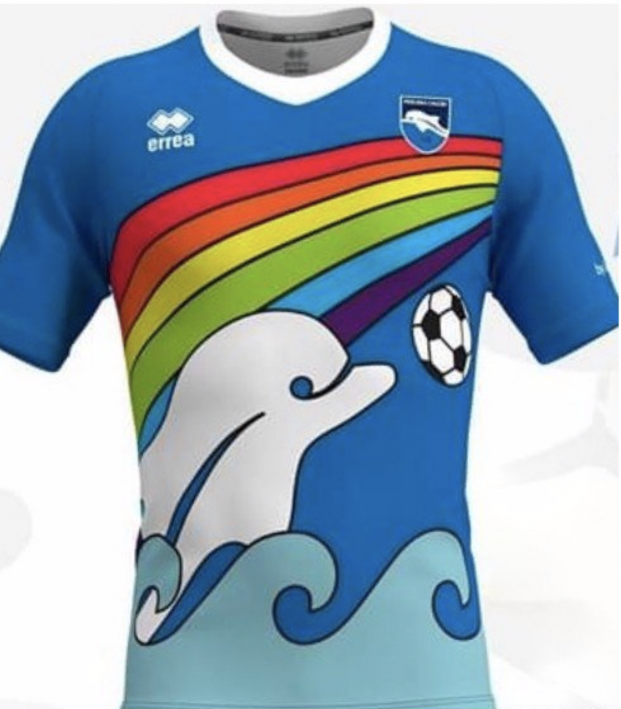 The football community continues to prove that I was utterly useless at a young age and that children are capable of amazing feats. First, young children were mailing letters to big clubs and getting responses. Now a 6-year-old named Luigi D’Agostino can begin his résumé with, “Kit Designer for Serie B Club Pescara Calcio.”

Let me just say, I am absolutely finding a way to buy one of these kits.

A six-year-old boy in Italy is celebrating after his football shirt design was adopted by the professional team Pescara.

The new kits have a similar look to the iconic jerseys worn by the Denver Nuggets in the NBA.

The Nuggets weren’t lucky enough to have a dolphin as a mascot like Pescara Calcio. The more I think about it though, the Denver Dolphins doesn’t sound half-bad, but it wouldn’t make any sense for a mascot in the middle of the U.S.

Luigi’s design was one of three finalists in the club’s kit design competition. The young boy had the perfect combination of a cool design without too much happening on the jersey. The other two finalists produced jerseys with way too much going on or not enough.

Italian brand Errea Sport will be in charge of making the kits and could be facing high demands. This is possibly the best kit since Nigeria’s 2018 World Cup beauties.